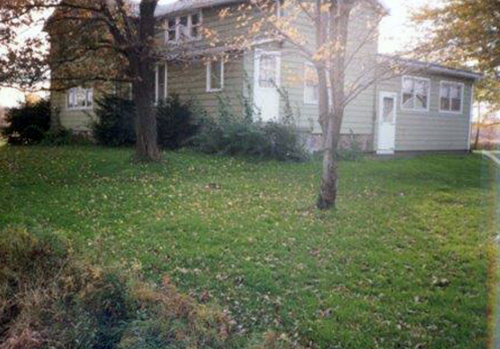 he Pymatuning farmhouse used by the Bedford Sisters for retreats and recreation for over 30 years.

In 1974, the Vincentian Sisters of Charity in Bedford, Ohio, were searching for a getaway location that Sisters could use to relax in peace, and revitalize their spirits. They were called by the Diocese of Cleveland, Ohio to purchase an old farmhouse that stood on 48 acres of land, 30 of which were woods, with a large yard. Seeing an opportunity to sell the extra land acre-by-acre, the Sisters decided to check it out. S. Mary Ann Flannery recalls traveling with a group of Sisters to the farmhouse only to find it in shambles.

Having not been occupied for decades, and the owners an elderly pair of siblings living in Cleveland who wanted their home to go to the Sisters, they decided to take it. The property was positioned right on the Ohio-Pennsylvania border with Pymatuning Lake spanning both states only a short four miles away. 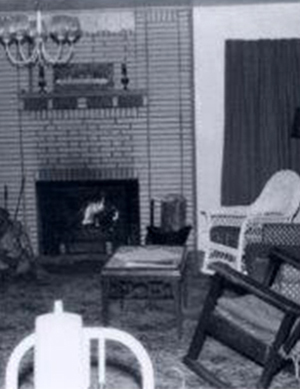 Interior of the newly renovated Pymatuning farmhouse in 1974.

Spending the entire summer working with two maintenance men on repairs, the house was habitable by the following summer of 1975 for the Sisters to enjoy. S. Mary Ann remarks that the rebuilding work the Sisters do on Nuns Build in New Orleans, Louisiana, reminds her of the work they did in Pymatuning.

One particular memory that S. Mary Ann recalls includes a time when she and S. Helen Therese Scasny were staying at the farmhouse for a weekend. Having gotten up early to put on a pot of coffee for breakfast, S. Mary Ann noticed a person in a red hat right outside. Following the person around to the front door, she called for S. Helen, who told her to prepare to call the police as their phone line took a little extra time to connect. S. Helen went and asked what the man wanted. Before she knew it, S. Helen had let the man inside and invited him to breakfast. It turned out that he was the pastor of an inner city Cleveland Catholic parish and also a hunter who was raised on a farm. He saw their car parked outside and wanted to ask them if he could go hunting on their land.

Still, the farmhouse had some drawbacks. There was poor television reception, no air conditioning, and lots of critters that tried to board with them. However, they adored the lake, the tiny Catholic Church close by, quiet nights, and a fun group of Amish neighbors who often baked them delicious pies and bread. For over 30 years, the farmhouse in Pymatuning was used for fishing and swimming in the lake, weekends for their families who needed a getaway, and as a place to pray and absorb the peace. In addition, it was used for retreats, for both the Sisters and for the girls of Lumen Cordium High School (Bedford, Ohio). S. Mary Ann says, “Pymatuning was a wonderful place.” 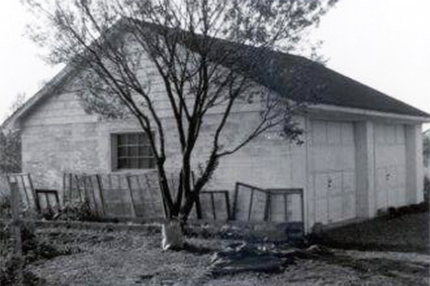 Pymatuning farmhouse during the renovations in 1974.

S. Irene Mraz, another Sister of Charity who has memories of Pymatuning, recalls enjoying relaxing stays in the farmhouse with the good company of her Sisters. She didn’t have many opportunities to go, as she was very busy with her ministries, but when she could, she made the most of them. She has fond memories of the picnics the Sisters would have together, and picking vegetables in the garden to take back to the motherhouse. Occasionally, they had reading days where those that enjoyed reading and quiet were given time for just that; on other days, fun and games were had.

From a farmhouse in deplorable conditions, to a retreat home where many happy memories were made, Pymatuning will always have a place in the hearts of those who loved it, and remember it.