On the second floor of the Motherhouse, next to the chapel, resides a small parlor dedicated to Servant of God S. Blandina Segale whose cause for canonization was opened by the Vatican in 2014. S. Blandina joined the Sisters of Charity when she was only 16, and during her next 75 years as a Sister, she journeyed out West where she established a school and hospital, and upon returning to Cincinnati, she worked closely with Italian immigrants, of which she herself was one. These 9 items chronicle her legacy: 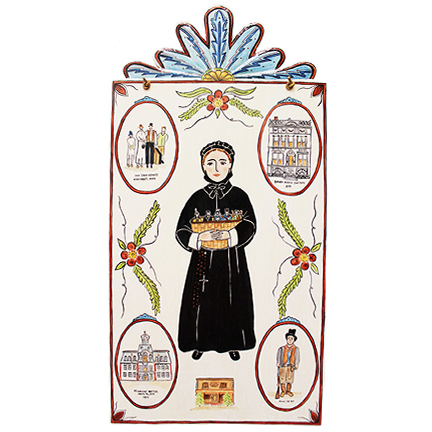 The santos created by S. Roberta Westrick depicts various aspects of S. Blandina’s life. A santos is a religious piece of artwork and is most common in Mexico and Spanish-speaking parts of the U.S. Clockwise from the top left, the santos features immigrants with whom she worked in Cincinnati, Ohio; Santa Maria Institute, founded by S. Blandina and her sister, S. Justina, in 1897; Billy the Kid, with whom S. Blandina was rumored to have met; S. Blandina Convent in Old Albuquerque, New Mexico, named in her honor; and St. Vincent Hospital in Santa Fe, New Mexico, where Sister worked with the indigenous people, 1882. S. Blandina stands in the middle, cradling a basket of the people she helped during her ministries. 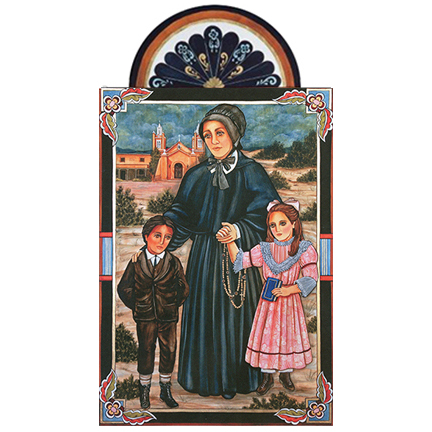 Hanging near S. Roberta’s santos is a retablos, another type of Hispanic religious artwork, commissioned by Allen Sanchez, initiator of S. Blandina’s cause for canonization. It was created by Arlene Cisneros Sena in 2014. 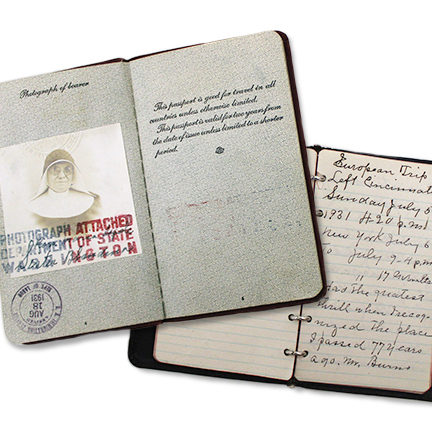 In July 1931, at age 81, S. Blandina traveled to Italy, where she met with Pope Pius XI to petition him for the canonization of Sisters of Charity founder Elizabeth Ann Seton. Pictured are her passport and her small trip notebook. 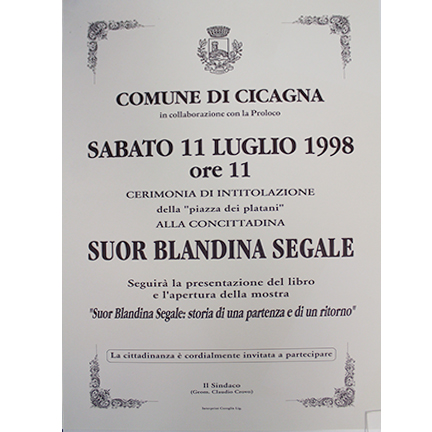 On July 11, 1998, S. Blandina’s birthplace, Cicagna, Italy, dedicated their town square in her honor. The poster commemorating the event is surrounded by photos of the plaque that appears in the town square (top right); the steeple of the church where S. Blandina was baptized (bottom right); and the Segale homestead (bottom left). 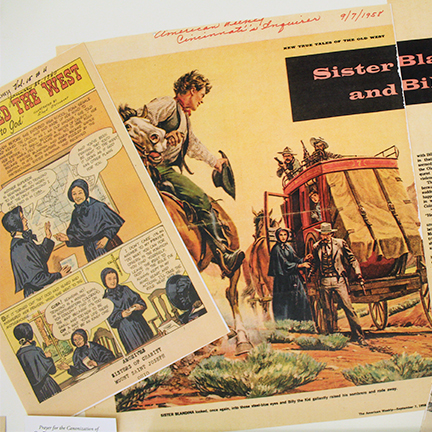 S. Blandina’s inspiring story has been shared in a variety of mediums, including publications (both scholarly and popular), plays, movies, and radio dramas. Here, she is featured in a comic, an article from <em>The American Weekly</em> (Sept. 7, 1958), and another article from <em>Forecast</em>. 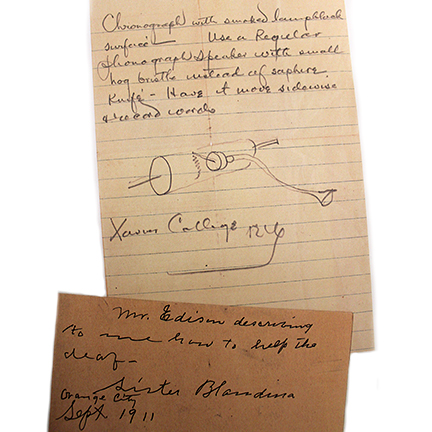 When she returned to Cincinnati and began working at Santa Maria in the early 1900s, S. Blandina grew interested in deaf education. In 1911, she had the opportunity to discuss the matter with Thomas Edison. As a result, Edison sent her this sketch of a hearing device, as well as details on how to craft it. 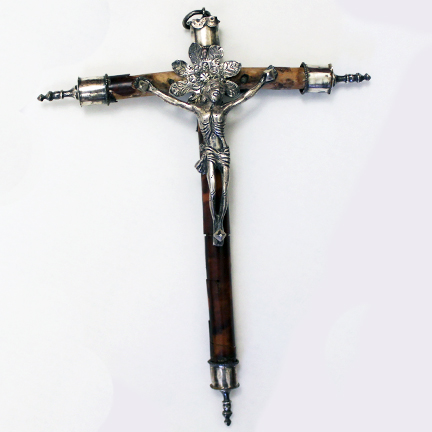 A champion of Native Americans, S. Blandina fought for their rights out West, and for her friendship, the natives of Santa Fe gifted her this beautiful, hand-carved crucifix. 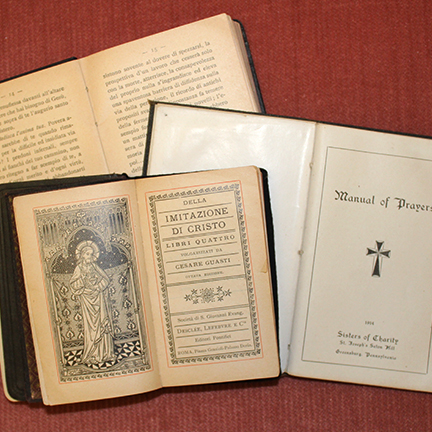 Three of S. Blandina’s prayer books have been preserved and are on display in the Blandina Parlor. Two are in Italian, her native tongue, while the third is in English. 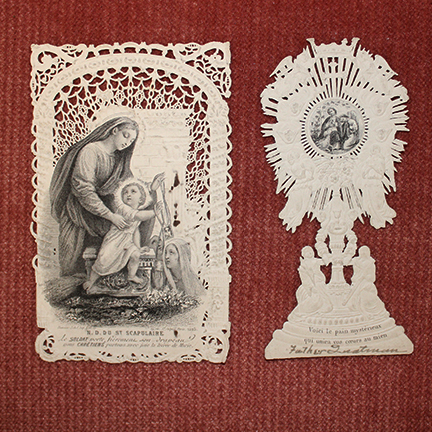 Also among the holy objects belonging to S. Blandina, these two prayer cards, both of intricate and delicate design, are on display.