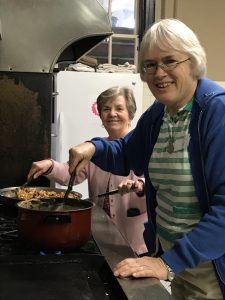 Most readers of Intercom are aware that the number of refugees to the southern border of the United States has increased substantially in the past year. The origins and types of refugees have also changed. Most now come from the Central American countries of Honduras, Guatemala, and El Salvador, although some arrive from as far away as Brazil, Cuba, Venezuela, and Africa. Most also are families with small children, rather than single adults or teenagers, and have relatives or friends already in the U.S. waiting to sponsor them. While some attempt to climb the tall border fences/walls or brave the stretches of isolated deserts that are not yet fenced – and are promptly arrested by the Border Patrol if they succeed – most simply present themselves to one of the official ports of entry and request asylum. The U.S. is required by international and federal laws to accept asylum petitioners until the validity of their claims can be judged, and there is a backlog of months or years before their cases can be heard.

Why do they come? Mostly because of violence and poverty. Ruthless gangs often extort protection money from small business owners and farmers, threatening rape, arson, and murder if their demands are not met. The gangs also recruit or kidnap boys to be new members or use the girls for sex. Many women are fleeing domestic violence. There is little or no police protection for them in their home countries. 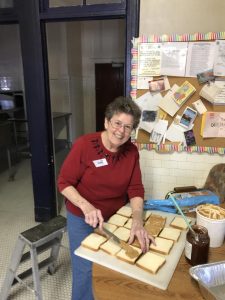 Other refugees come because they are unable to feed their families. Local jobs are non-existent or do not pay enough to live on, and climate change-induced drought has made farming their land impossible. Contrary to the story circulating in some of the media, they are not “uncaring or irresponsible parents” for exposing their children to the rigors of a trek to the United States. They are leaving because they love their children and wish to protect them.

What happens when they get here? First, they are fingerprinted, photographed, interviewed, and screened through security databases. After this, they are turned over to Immigration and Customs Enforcement (ICE), which decides whether to release them on supervised parole or to detain them in one of the many for-profit detention centers around the country. Families may be split up, with some members (usually the father or young adult children) being detained while others are released. For more than a year, children were detained with their parents, which is contrary to U.S. law. So the children were then forcibly separated from their parents. Some have still not been returned. When this cruel policy became known last spring, there was a tremendous outcry. Beginning in the summer of 2018, therefore, more refugee families were released to sponsors – usually family members – pending deportation. More recently, there have been proposals to keep new arrivals in large camps in Mexico rather than let them enter the United States and claim asylum. In spite of all efforts to dissuade them, however, families continue to come in greater and greater numbers. Some join together in “caravans” for safety’s sake. One well-publicized caravan included more than 7,000 men, women and children, and reached the border between Tijuana, Mexico, and San Diego, California, last December. But this is not the refugees’ only destination. 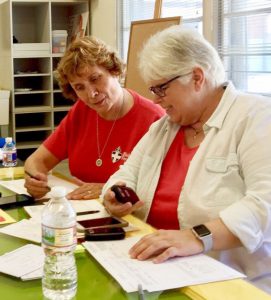 Beginning last summer, the flow of refugees arriving at the border between El Paso/Juarez, McAllan/Reynosa, and Brownsville/Matamoros also began to increase. As ICE detention facilities filled, the weekly averages in El Paso increased from 500, to 700, to 1,000, to 2,000. Between 200 and 500 now arrive every single day. On Oct. 23, 2018, ICE announced a new policy for the entire border: if there were no churches or other nongovernmental organizations (NGOs) available to receive them, ICE would simply drop the refugees off in the street, without food, bus money, shelter, extra clothes or knowledge of English. The first 126 refugees were abruptly dropped off at the Greyhound bus station in El Paso on Oct. 26, and were housed on an emergency basis in a local church.

Care for the refugees has been coordinated by Annunciation House, which oversees 13 or more Temporary Hospitality Centers, staffed 24/7 by volunteers. The volunteers provide meals, showers, and beds; help connect the refugees with their sponsors who will buy them bus or plane tickets; and transport them to the bus station or airport. Each day, a new cohort comes, replacing those who leave. 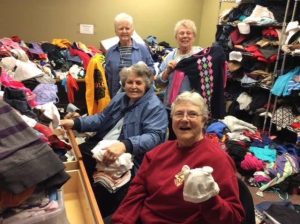 (Front to back) Sisters Terry Thorman and Christine Rody spent some of their time in El Paso sorting through donations of clothing for the refugees.

There is, however, another kind of “caravan.” From all over the United States and even Canada, Catholic Sisters have been traveling to the border cities to help minister to the refugees. More than 200 have gone so far. Some have spent decades as missionaries in Latin America and are fluent in Spanish, others can’t speak a single word. They help the local volunteers provide three meals a day to 500 people, pack food, diapers, and toiletries for several-days-long bus trips, sort donations of clothing, ferry people to the bus station or airport, clean bathrooms and sleeping areas, wash and dry bedding and towels. The work is unending and chaotic: ICE frequently drops off 40-50 refugees at a given shelter, unannounced, right at mealtime. And yet the Sisters come. As one Sister in her mid-80s said, “I can’t speak Spanish but I can fold clothes and I thought I should be there.”

Since October, 15 Sisters of Charity and Associates have joined this second “caravan.” All have many stories of happenings that touched them deeply. S. Louise Lears mentioned sorting donated clothes for five hours with Associate Patrice Harty, but said it was worth it to see the looks on the faces of the children when they got to pick out an outfit. S. Jean Miller mentioned driving a mother with two preschool children to the airport at 4:30 a.m. The woman spoke no English and was terrified that she would miss her connections. S. Jean found another traveler who would help her find her gate. Patrice Harty was deeply touched by being embraced by one of the children. And all of the Sisters and Associates mentioned how deeply impressed they are with the citizens of El Paso, who have been so welcoming. As S. Louise said: “It gladdens my heart to see what a city could do, opening their closets, opening their hearts, opening their pockets, and they are flocking into the shelters saying, ‘What can I do?’ It’s like the city of El Paso’s hearts were wide open. I bring that back.”