Flying to the Finish Line 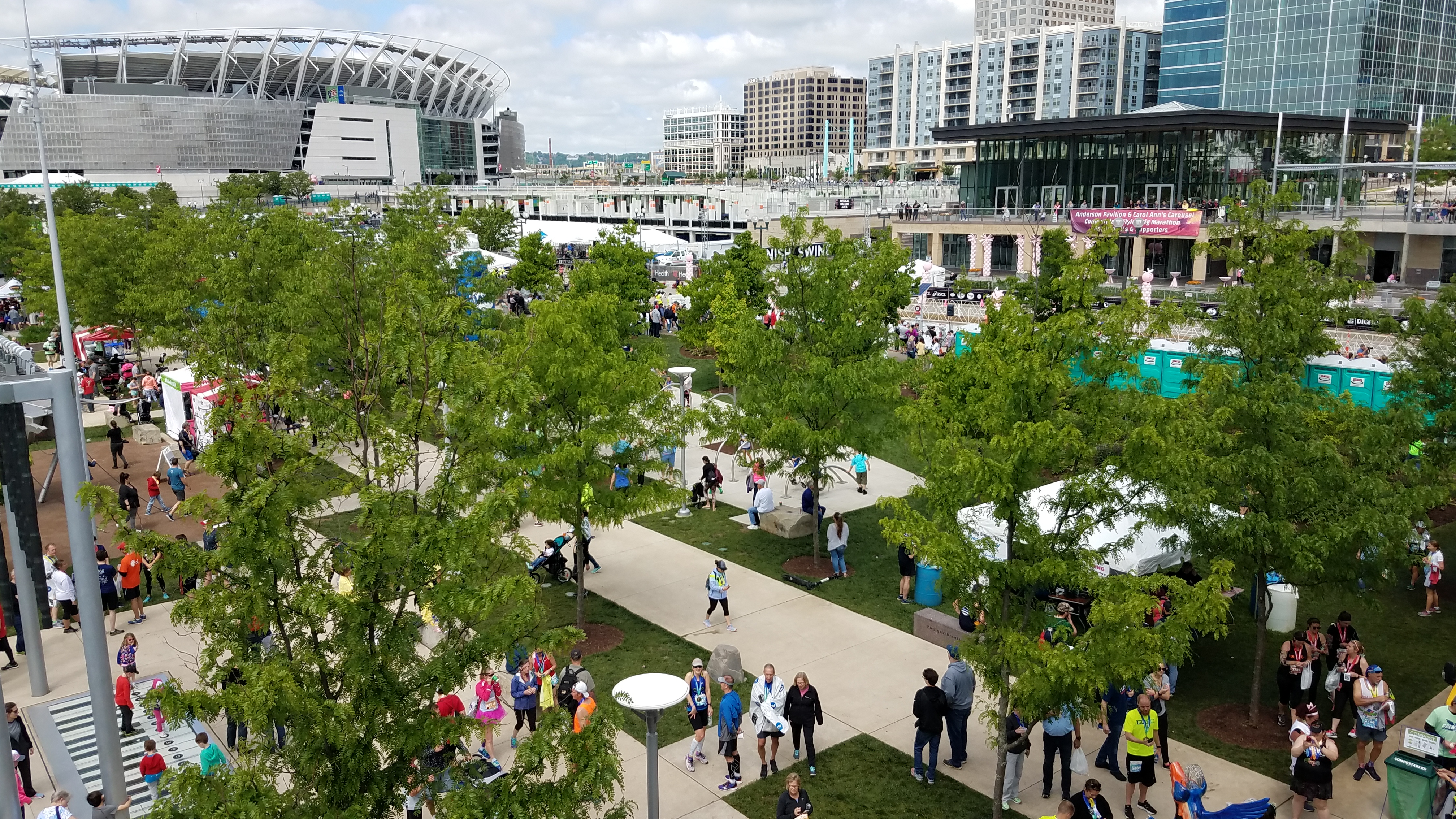 The pink-clad runners arrived in Cincinnati, Ohio again in May for the two-decade-long tradition, having flooded the streets with a spirit of unity and compassion like no other event in the state of Ohio. The Flying Pig Marathon, celebrating its 21st anniversary, has already raised over $16 million for charities across the nation since it began in the late 1990s. Because the event has such a broad impact on charities and Cincinnati alike, it is no surprise that the marathon features a couple Sister of Charity participants – Sisters Mary Joyce Richter and Sally Duffy.

The Flying Pig Marathon is named after Cincinnati’s historic success from pig herding, which earned the city the title of “Porkopolis” in the 1800s. In 1988, the city celebrated its 200-year history, using its hammy claim to fame by creating four flying pigs located on the smokestacks of the Bicentennial Commons. According to Andrew Leicester, who designed the commons, it was to reflect on the, “spirits of the pigs who gave their lives so the city could grow.” 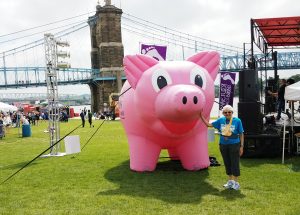 S. Joyce Richter participated in her eighth Flying Pig half-marathon this May.

Since the event started in 1999, the Flying Pig has grown in popularity and has amassed a great deal of money for local and national charities. According to the event’s website, the event hopes to, “inspire community celebration and reward the emotions of all participants, sponsors, volunteers and spectators.”

S. Joyce has been taking part in the Flying Pig marathon for eight years, training months in advance for the event. She first considered joining the race when a friend of hers mentioned her involvement. Since then, she has been walking the half-marathon while raising funds for the Intercommunity Justice and Peace Center, or IJPC, to challenge systemic injustices. As one of her favorite forms of exercise, S. Joyce loves being able to walk for IJPC and keep herself active. If she is ever disheartened with her progress during the race, she is rejuvenated by the spirit of the volunteers, lovingly referred to as “grunts.” “You start to love it so much that it becomes part of your blood,” she says. S. Joyce completed her event in three hours and 14 minutes. 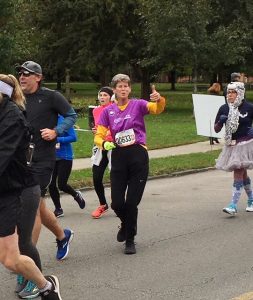 S. Sally Duffy has participated in numerous marathon events throughout the years (pictured at the Columbus Marathon in 2018), including Cincinnati’s Flying Pig Marathon.

S. Sally has been participating in the event for the past four years. As an avid runner by nature, she was happy to give back to her community by doing what she loves. She also raises money for IJPC because of her passion to protect the human dignity of all people. S. Sally ran in the half-marathon this year and was pleased with her performance. “I’ve been running my whole life,” she says, “It’s an honor to be able to give back to the city of Cincinnati.” S. Sally completed her event in two hours and 49 minutes.

The Sisters of Charity have taken many opportunities to make an impact on their community and their involvement with one of Cincinnati’s most revered events has become one of the ways they have honored their charism. Sisters Sally and Joyce have enjoyed the opportunity to incorporate their exercise and active lifestyles with the benefits of others. While the beginning of May marks the beginning of a new season for some, its means to the Sisters that they have another unique way to give back to their community.