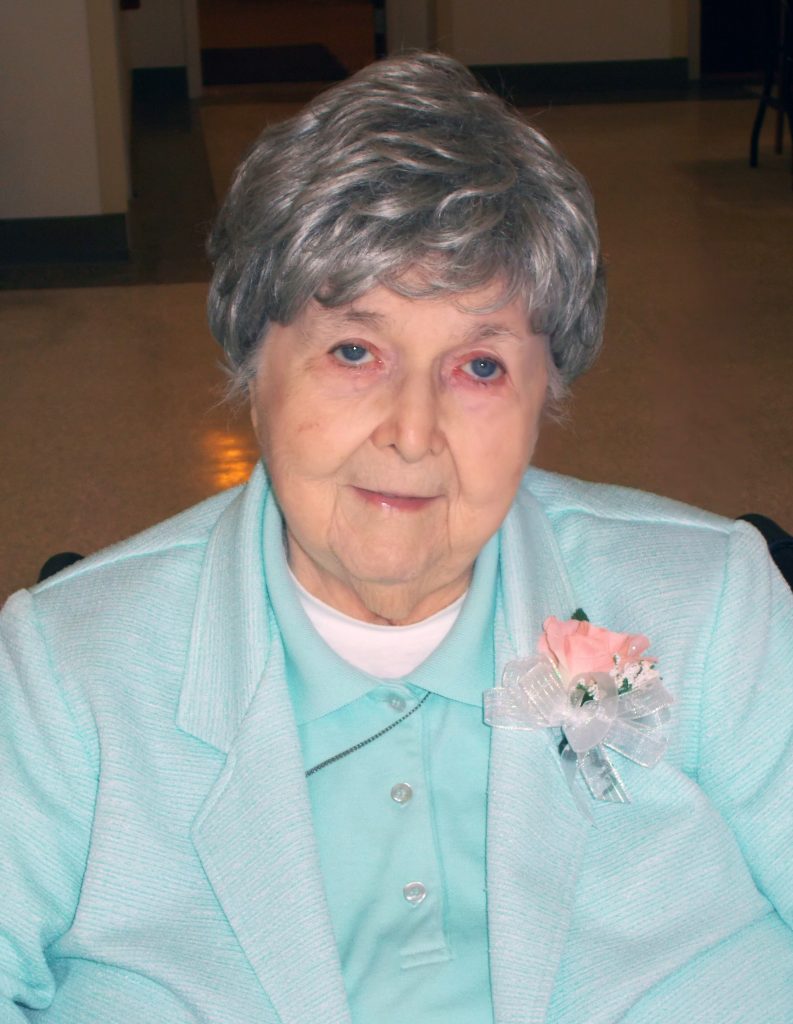 Mary Helen grew up in Jackson attending St. Mary Star of the Sea Catholic schools, graduating from the parish high school in 1939. She was taught by the Sisters of Charity for all 12 years. She chose to become a Sister of Charity in September 1939. “It was their self-sacrifice and consecration to God that attracted me to imitate their gift-of-self to God and the Church,” S. Mary Helen shared at the time of her Jubilee.

In 1987 she chose to look to ministry at Children’s Hospital, Cincinnati serving as an assistant in the Child Life Activity Program. There she enjoyed planning creative and engaging activities for hospitalized children in music, art, drama and poetry; she remained there until 1995. She found it very life-giving. Sister volunteered throughout the remainder of the 1990s in Over-the-Rhine and downtown Cincinnati. Her leisure activities included reading and listening to classical music. S. Mary Helen moved to Mother Margaret Hall nursing facility in 2001 where she served in the ministry of prayer.