In 1995, the United States Conference of Catholic Bishops sought the help of women religious with their intended goal of religious expansion and education on Vatican II. Poland, Belarus, Lithuania, Armenia and Georgia were among the many countries that the Sisters of Charity served. As the Sisters ventured to Central and Eastern Europe to spread their mission of peace and love on a global scale, they experienced firsthand the sincerity of the human spirit that transcends the oppression of violence, poverty and tyrannical rule. 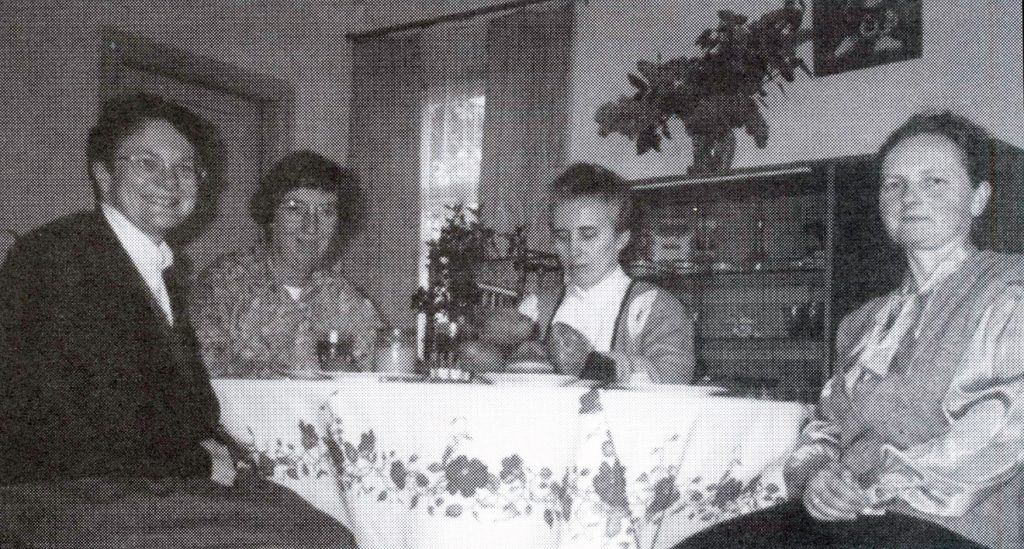 Though she admits to the lure of adventure when she heard about the need for religious women in Europe, S. Mary Caroline Marchal also knew that the movement would be pivotal in establishing new relationships. In order to do this, she had to understand the influence of politics on people practicing their faith. She says, “For any dysfunctional system or family, it takes just as many generations to come out of it as it did to get in.”

When S. Mary Caroline ventured to Europe, she did so with the intention of easing this transition by visiting as many impoverished nations as possible. S. Mary Caroline was tasked with establishing first contacts in Poland, Estonia, Latvia, Lithuania and Belarus. Her companion on these trips was fellow Sister of Charity Grace Murphy, who S. Mary Caroline describes as a “comfort” throughout their trying ministries. While in Europe, S. Mary Caroline became familiar with the feeling of not knowing – not knowing where her next meal was coming from, where they would go to establish contacts, etc. This unknowing included the duties that she would perform. Each of her ministries adapted to meet the most glaring needs of each country, something that proved difficult in Belarus due to the suspicion that she was met with. With greed running as rampant as disease, S. Mary Caroline was accused of being bribed by those that she was helping. But after 70 years of witnessing this injustice, S. Mary Caroline understood their hesitation to a friendly face.

Despite a distrust of the government, the citizens heavily relied on them for basic needs like heat and water. Citizens felt blessed to live in a three-story building with one closet, one toilet and one room with running water to bathe and prepare food per floor. Rooms in these buildings would normally hold up to 10 people but, despite their crowded living conditions, they were grateful for the luxuries that they possessed. S. Mary Caroline notes that while life in the United States is not perfect, people in these parts of the world have a much larger burden to bear.

As a result of her ministries, outside sources were able to funnel resources to the motherhouses for these people to use in these countries. S. Mary Caroline admires the human spirit that has persevered through the people that she served and is thankful for the connections that she was able to create. She says, “This is what we are called to do. [These ministries] make you more open and compassionate.”

Mary Caroline likens her experience to Sisters today making their own contacts on the United States/Mexico border and she is proud to see future generations engaging in ministries like hers. It’s through their ministries that they are able to demonstrate the same compassion that she once experienced from the people she served. Though these Sisters might be enticed by the promise of adventure as she once was, she knows they will learn to have a new appreciation for their fellow women and men around the world and the pains that they endure.

With the return of these Sisters and the stories that they have told of personal and spiritual growth, one can only imagine the effect that their ministries have had on those that they served. While it occurred more 20 years ago, these stories still provide for us an example of how women and men can dare to risk a caring response by answering the call of others. Sisters Grace Murphy, Mary Lou Knapke and Patricia Mirsberger also served in the ministries in Central and Eastern Europe. Their memory is carried on in the hearts of the rest of the women who built loving relationships across borders in Europe and in the hope that their ministries will encourage others to do the same.