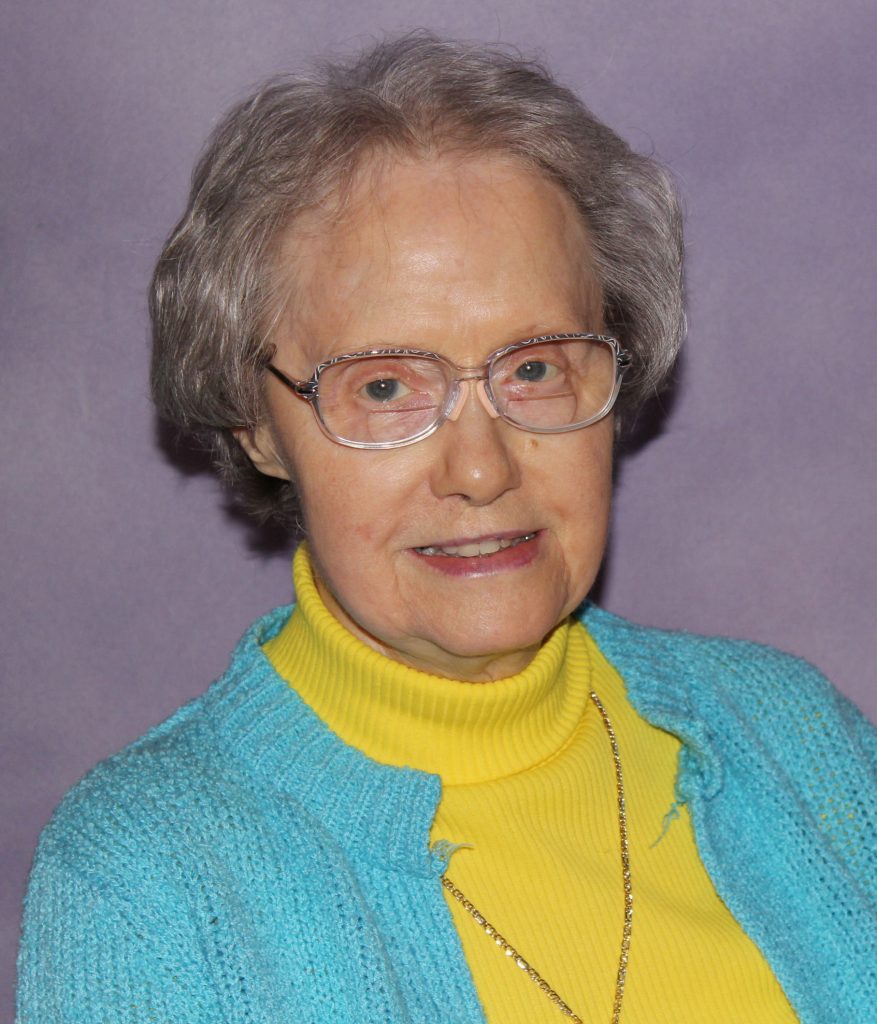 Rose William Herzog died June 2, 2019, at the age of 90 in Mother Margaret Hall, the nursing facility for the Sisters of Charity. Sister Rose William was born Rita Ann Herzog on Dec. 4, 1928, to Joseph F. and Matilda (Ervin) Herzog in Columbus, Ohio. The family included five boys and four girls. She was a Sister of Charity for 68 years.

Sister Rose William grew up in Springfield, Ohio; she attended St. Bernard grade school and graduated from Catholic Central High School in 1947 where she was taught by the Sisters of Charity. She worked in several downtown offices in Springfield before entering the Community on Sept. 8, 1950. The call to become a Sister of Charity began in first grade with religion lessons; she credits her teacher then, Sister Leona Marie Behrens, with fostering her vocation through the mission stories they learned. Sister Rose William was happy to be reunited with her mentor 20 years later and to personally thank her for her vocation.

Sister Rose William earned a Bachelor of Science in education from the College of Mount St. Joseph in 1963. Her ministries included more than 50 years of dedicated service to primary age children. This included first grade teacher for the majority of that time, taking her to Catholic school classrooms in Illinois, Michigan and Ohio. She began at St. Leo, Detroit, Michigan, in 1952. In 1953 she went to the Shrine of the Little Flower, Royal Oak, Michigan (1953-’61); next she served at Holy Cross, Mount Adams, Cincinnati (1961-’63); St. Anthony, Kenton, Ohio (1963-’66); Holy Ghost, South Holland, Illinois (1966-’82). In 1982 Sister Rose William chose to go to St. John, Harrison where she has remained for the past 47 years in a variety of capacities; these included first grade teacher, school mission coordinator, teacher’s aide, primary grade substitute teacher, kindergarten religion teacher and volunteer. She won the “Star Teacher” award there in 1996. “My greatest joy in serving has been working with small children, grades K-2,” Sister Rose William explained at the time of the award.

What Sister Rose William may best be known for is her untiring dedication to the Holy Childhood Association and the needs of the missions. The Archdiocesan Mission Office most recently honored her in May at St. John’s, Harrison for her continued commitment to the global missions over these many years.

Sister Rose William and St. John’s, Harrison have been frequently honored for the largest per capita contribution to missions made by an archdiocesan school in a given year. Early on in teaching Sister Rose William was making young children familiar with the work of missionaries, arranging for speakers from foreign countries to come to the school, and familiarizing children with a variety of cultures. They learned how their donations, small as they might be, addressed the basic needs of poor families, especially education. Praying for the missions and missionaries happened daily in her classrooms; she planted the seed of giving to others in need. Her energy and enthusiasm was contagious!

Sister Rose William moved to Mother Margaret Hall nursing facility earlier this year. In her semi-retirement she enjoyed listening to big band music and sharing stories of the funny things that children say and do. At the time of her jubilee she remarked, “I am happy I became a Sister. I have lived with many holy and wonderful Sisters of Charity and have enjoyed my life with them.” Sister Rose William is probably best remembered for her faithfulness to her very long list of persons to pray for.