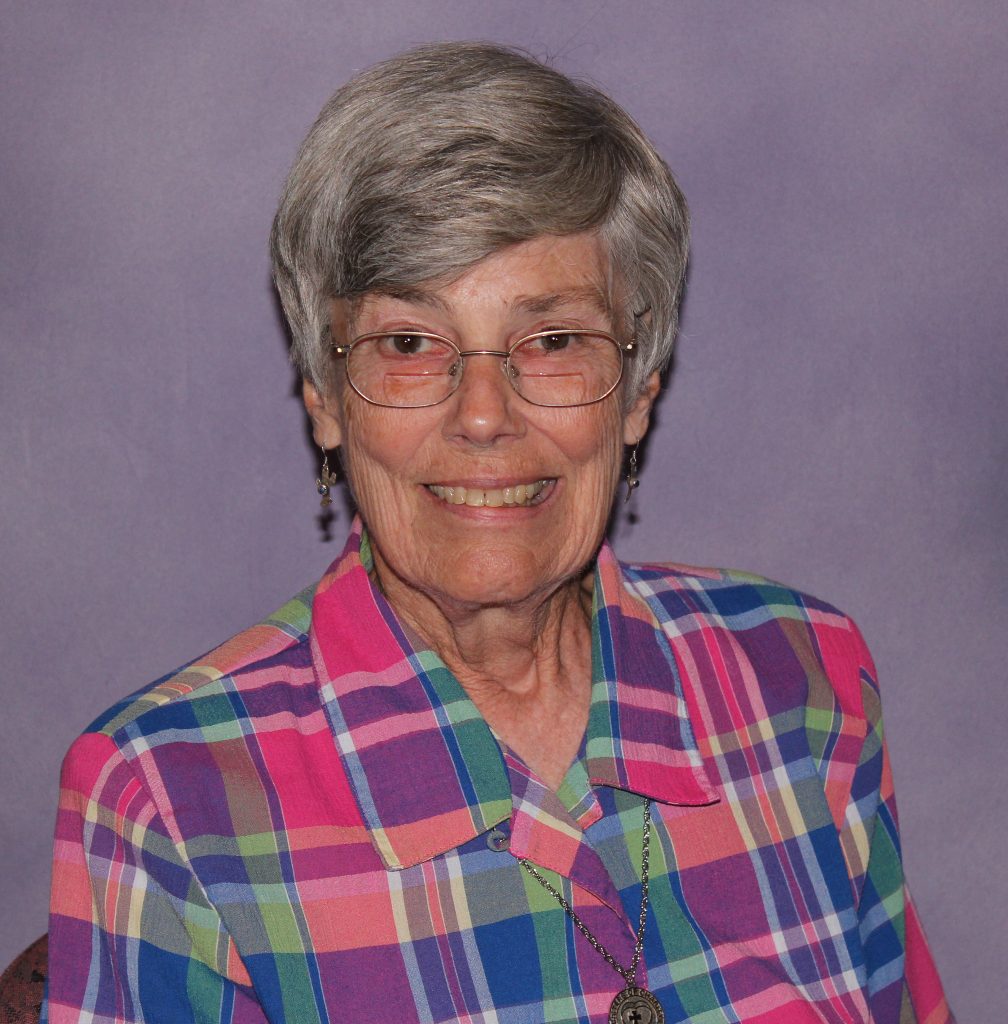 Born and raised in Cincinnati, Ohio, Sister of Charity Joan Wessendarp (the former Sister Therese Edward) first met the Sisters of Charity as a student at St. William School and then Seton High School, where she graduated in 1959. Though she felt called to the Congregation, she was careful to make the decision for the right reasons. After making a novena to St. Therese the Little Flower, her “answer came at the end of the novena on Feb. 11, the Feast of Our Lady of Lourdes. [That day] I received my acceptance into the Sisters of Charity,” she wrote. This year Sister Joan celebrates 60 years with the Community.

While pursuing these credentials, Sister began teaching at the elementary level at Loyola School in Denver, Colorado (1963-’64). She returned to the Archdiocese of Cincinnati the following year and has ministered in the Dayton and Cincinnati area since, beginning with Archbishop Alter High School in Dayton, Ohio, teaching English and religion (1964-’72).

Sister Joan says one of her favorite ministries began in 1972 as assistant dean of students and residence hall director at the College of Mount St. Joseph. During her seven years at the college she was able to learn the “necessity of working collaboratively in order to help my clients. As residence hall director I spent a considerable amount of time counseling the students and consulting with other staff members in order to try to ensure the academic success of the students.” She then returned to her alma mater, Seton High School, serving as a director of student activities, alumnae director and teacher during her 10 years there.

After briefly acting as the director of religious formation at St. Catherine in Cincinnati, Sister became an elementary counselor for several schools in Price Hill (Cincinnati), including St. Lawrence, Resurrection and Holy Family schools, through the efforts of the SC Ministry Foundation.

Sister Joan retired from active ministry in 2013, but continues to volunteer in the offices at Holy Family and St. William schools in Cincinnati. She also plays the piano and organ for Mass every Sunday in Mother Margaret Hall nursing facility at Mount St. Joseph and for retreats at the Motherhouse during the summer. In her spare time, she enjoys playing the clarinet and the violin and spending her time swimming, cycling, hiking and cross-country skiing. Sister Joan also serves as a Liaison to her Sisters, a ministry she says gives her the opportunity to support and be there for Community members.

“As I look back on these 60 years of membership in the Sisters of Charity of Cincinnati, my heart is filled with gratitude and humility – gratitude for my calling and humility that I was chosen to be a part of the legacy of Charity begun 200 years ago by St. Elizabeth Ann Seton,” she said.