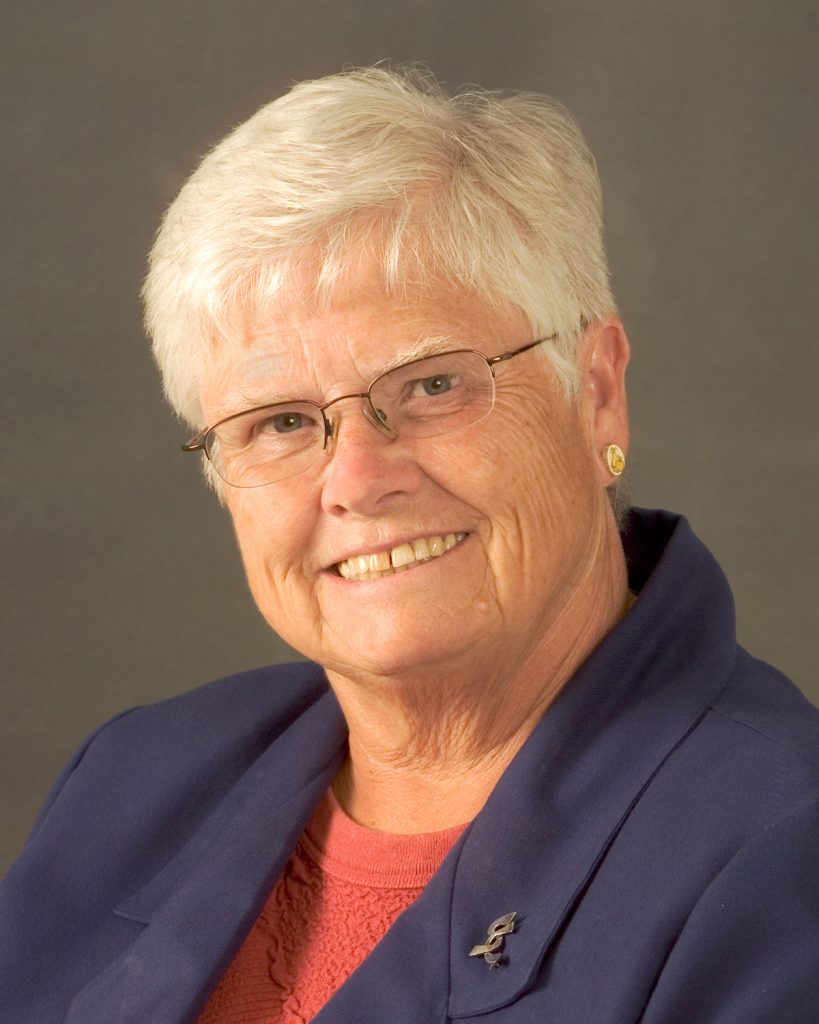 Born in Dayton, Ohio, Sister of Charity Clarann Weinert (the former Paul Edward) first considered religious life as a student of the Sisters of Notre Dame de Namur at Julienne High School. After further investigating the “whisper” that made her consider religious life, Sister Clarann discovered that her dreams of becoming a nurse would not be possible with this congregation. However, after enrolling in nurse training at Good Samaritan Hospital in Dayton, Sister encountered the Sisters of Charity for the first time. Under the guidance of her mentor, S. Michael Ann Daly, S. Clarann became a nurse and entered the Sisters of Charity on Feb. 2, 1960.

“We had fabulous community experiences at St. Mary-Corwin with a large number of young Sisters and a caring hospital administrator who encouraged us as Sister healthcare professionals and modeled the richness of living as a Sister of Charity in loving relationships,” S. Clarann says of the ministry.

S. Clarann earned her Ph.D. in sociology from the University of Washington (Seattle) in 1981. The following year, she served as an assistant professor of nursing and nurse scientist for four years at Montana State University in Bozeman, Montana. She later became an associate professor for the university in 1986 and then full-time professor in 1997.

Though she retired from her position as professor of nursing in 2011, Sister still volunteers her time at the university. Part of this comes in the form of providing free hot lunches for the students through her local parish. Her faith community has been together for 25 years where she offers her services to prepare for prayer gatherings. As a current member of the Seton Enablement Fund committee, Sister is able to make quarterly trips to Mount St. Joseph University. She says, “My ministry keeps me geographically separated, but not for one moment have I felt adrift or apart from what real community is about.” She attributes this feeling of community to the small group of Sisters of Charity in close proximity to her.

Because Sister has applied her knowledge and experience to the health of the individual, she hopes to aim her skills and talents towards the health of the environment. She states that retirement has given her the gift of time that has allowed her to take classes each semester or “spend a day in the splendor of God’s creation in Yellowstone Park.”