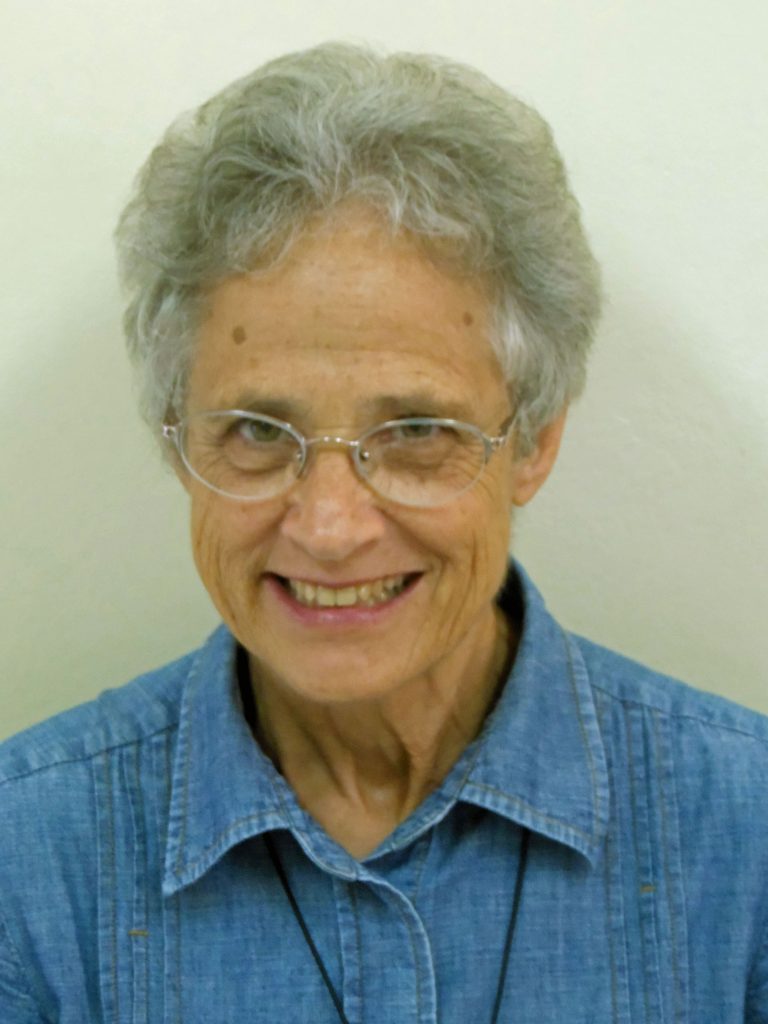 Sister of Charity Mary Gallagher was born in Sidney, Ohio, where she attended Holy Angels grade school and high school. After 12 years of being taught by the Sisters of Charity and her parents’ “strong faith in God’s providence in the good times and the difficult times” she made the decision to become a Sister of Charity, to be a faith-filled woman of service.

Making her Perpetual Vows in 1966, Sister earned her bachelor’s degree in education from the College of Mount St. Joseph (now Mount St. Joseph University) the following year. While pursuing her degree, she spent eight years as a primary teacher in elementary schools across Ohio, including schools in Amelia, Cleveland and Cincinnati. Sister began her ministry of religious education at the parish of Immaculate Conception in Kenton, Ohio, in 1971.

In 1972, Sister Mary began ministering at St. Luke in Danville, Ohio, in a parish religious education role where she stayed for six years. After briefly serving as the campus minister for Bowling Green State University in Ohio, Sister looked to foreign missionary work. She began her ministry in the West Indies in 1979 with the intention of training catechists at various parishes in Saint Lucia for one summer, but the service lasted for 11 years.

“These were the best years,” Sister Mary said. “Learning to live in a tropical land, growing in appreciation of another culture, working in religious education and faith formation while coping with heat and mosquitoes was not always easy, but it was a joy to know a people who had so little, but who were rich in so many other ways.”

Upon returning to the United States, Sister was a student of clinical pastoral education at Miami Valley Hospital in Dayton, Ohio, in 1992, and then became a part-time chaplain at the hospital two years later. For four years, she ministered as an associate director of pastoral ministry in the Diocese of Covington, Kentucky, where she prepared lay people in a two-year program of weekend courses for paid and volunteer positions.

“I encounter firsthand a faith community that loves to gather on Sunday mornings to offer worship to God in a joyful liturgy of praise,” Sister Mary said at the time. “I am with them in their struggle to hold the parish together in a time of closings and mergers. It is a challenge to see daily the sufferings and frustrations of those who are homeless and marginalized as they find the way to our door for sandwiches or bus tokens.”

After this ministry, Sister became the pastoral administrator for Holy Name Parish in Cincinnati, Ohio, where she stayed for 10 years. She sometimes performed priestly duties because there was no resident pastor. Some of these duties included counseling single parents, planning funerals, coordinating fundraising and leading volunteers who planned Mass.

Following this service, Sister ministered as a Catholic teacher and coordinator in the Commonwealth of Dominica in the West Indies. During this time, she was responsible for designing a program of monthly sessions for five grade schools and the four high schools on the island. All of the schools collaborated to decide on a theme that the program was based on. Not only did she design the program, but she incorporated the needs of these schools into her monthly sessions. At the time, Sister said, “Communication with and between the schools is a big piece!”

Sister Mary is currently retired from active ministry but volunteers in the Spiritual Life Department of Mother Margaret Hall nursing facility at Mount St. Joseph. In addition, she continues her pastoral ministry at Holy Name Parish in Cincinnati.