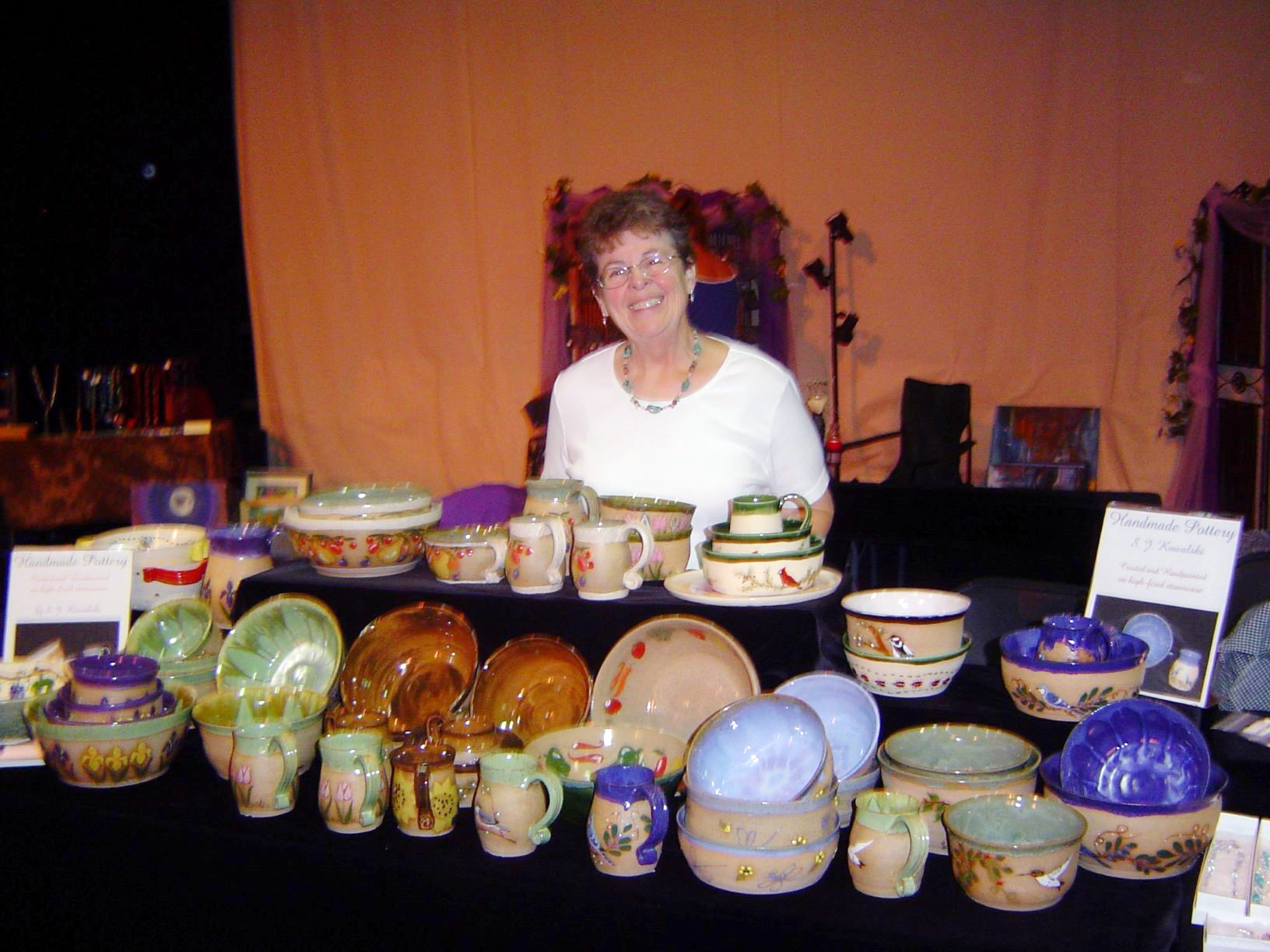 S. Jackie Kowalski enjoys sharing her pottery with others through various art fairs.

In the Book of Jeremiah, God declares, “Behold, like the clay in the potter’s hand, so are you in My hand, O house of Israel.” Just as God molded creation from clay, S. Jackie has taken up molding clay in the form of pottery, which she uses as a way to pay homage to her family, connect with others for the sake of mental health and instill in others an appreciation for all of creation.

Though she enjoyed the artistic temperament of her family, S. Jackie never felt wholly fulfilled with her family’s activities. Her mother was an artist who regularly painted porcelain and other materials, and her father was a woodworker who used his hands to make items for others. Hoping to blend the two together, S. Jackie, fascinated by the “magic of the wheel,” began taking classes on pottery to curb her artistic urge and use her hands. After years of classes at Dunham Recreational Center in Cincinnati, Ohio, and selling her pieces to pay for the class, S. Jackie was finally able to secure her own wheel to make pottery where she lives. “There’s something earthy and absorbing about making pottery,” S. Jackie says. “Sometimes I’ll do it for hours and somebody has to remind me to eat lunch!”

Since taking up the pastime, S. Jackie has made a multitude of items that she either sells or gives away as gifts. Most of her sales come from different fairs, but pottery eventually became an effective form of therapy in her ministry of children’s psychology. “Play therapy” can be a useful tool for a child psychologist, but pottery added a new dimension to her ministry. For example, after putting the mud on the wheel, her patients would have to smack the mud to pop any air bubbles, which was a healthy outlet for anger. The creative outlet for the children is also beneficial because it permits openness. “When you use play therapy, you earn their trust and they’ll begin talking about what’s going on with them,” S. Jackie explains. “They learn to make satisfactory projects and, in the meantime, talk about emotional problems or abuse so that I can help them.”

Not only has pottery become a welcome distraction from the world and an effective tool in her ministry, but she has also used her talent towards the spiritual growth of others. Using pottery as a theme for several spiritual retreats, S. Jackie has used the metaphor of pottery to relate clay to our lives. Leading these retreats not only helps her practice her skill, but she feels that it brings her closer to God. “It’s about being present with what you’re doing and paying attention to each detail,” S. Jackie says. “It gives us a sense of God’s attention to detail in His creation.”

Jackie knows when to allow herself to be sculpted by the events of her life and when to mold herself into the woman that she wants to be to serve God. Pottery has granted her the opportunity to reach out to others in a therapeutic and spiritual way, all the while allowing her to express herself freely.