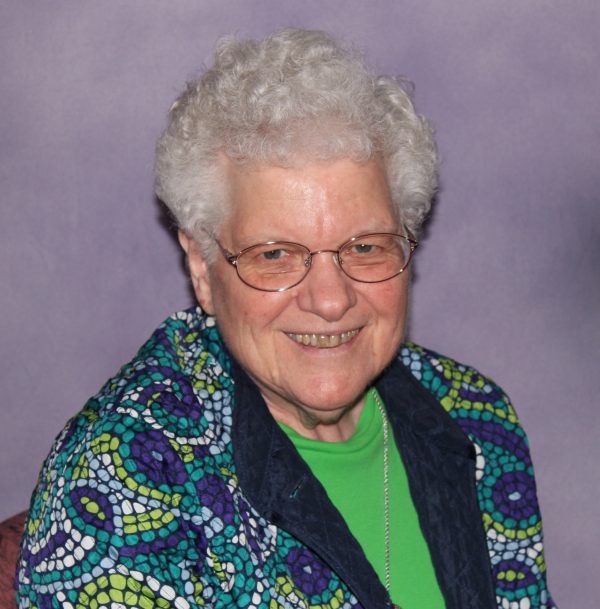 Sister of Charity Jo Ann Martini (the former S. Albert Mary) was born and raised in Cincinnati, Ohio. While attending her grade school, Our Lady of Victory in Delhi, Cincinnati, a Franciscan Sister spoke on a vocational life and Sister immediately knew that she wanted to enter religious life. While attending Seton High School (Cincinnati), she met Sister of Charity Paula Gonzalez, who guided her towards the Sisters of Charity where she made her Perpetual Vows in 1949. “In biology class, S. Paula was so energetic in her teaching,” S. Jo Ann said. “I thought to myself, ‘If a Sister can be full of life like S. Paula, then that’s the community I want to join.’”

Beginning her years of ministry in education, S. Jo Ann first served as a primary teacher at St. Charles in Lima, Ohio, before teaching briefly at St. Therese in Pueblo, Colorado. She returned to Ohio where she taught in numerous schools over the course of 10 years. Sister briefly taught in a public school, Waynesboro Elementary School, in Waynesboro, Georgia, but eventually returned to Ohio where she stayed until 1993.

Noticing the declining presence of Sisters in schools, Sister sought a new ministry beyond education. In 1991, she earned her master’s degree in pastoral studies from Loyola University in Chicago, Illinois. “With fewer religious Sisters in the schools, I was drawn to becoming a director of religious education (DRE),” S. Jo Ann said.

She began serving as a DRE at St. John the Baptist parish in Harrison, Ohio, in the “elementary division.” While there, Sister served as a lector, Eucharistic minister, facilitator in the “Why Catholic” program and a member of the Daughters of Isabella women’s organization. In addition, she was a part of the Archdiocese of Cincinnati Religious Education Association (CREA) organization.

“Parish work challenged me to reach out to the students and parents,” Sister said. “It’s a challenge to instill a deeper meaning in our faith journey, prayer life, commitment to Christ and call to service, to get into the minds of teenagers and students today. So many avenues are competing for their attention.”

S. Jo Ann was honored by the Harrison Council No. 2633 Knights of Columbus with the “Religious of the Year” award for helping the spiritual growth of the Church and its members in 1999.

Though she has since retired from her position as DRE, Sister still volunteers her time at St. John the Baptist where she serves by helping the first and second grade students and helping with the parish’s summer festival, something that she refers to as “pure joy.” She has become a member of the Ladies Society in Harrison and also volunteers at the reception desk in Mother Margaret Hall nursing facility at Mount St. Joseph weekly.