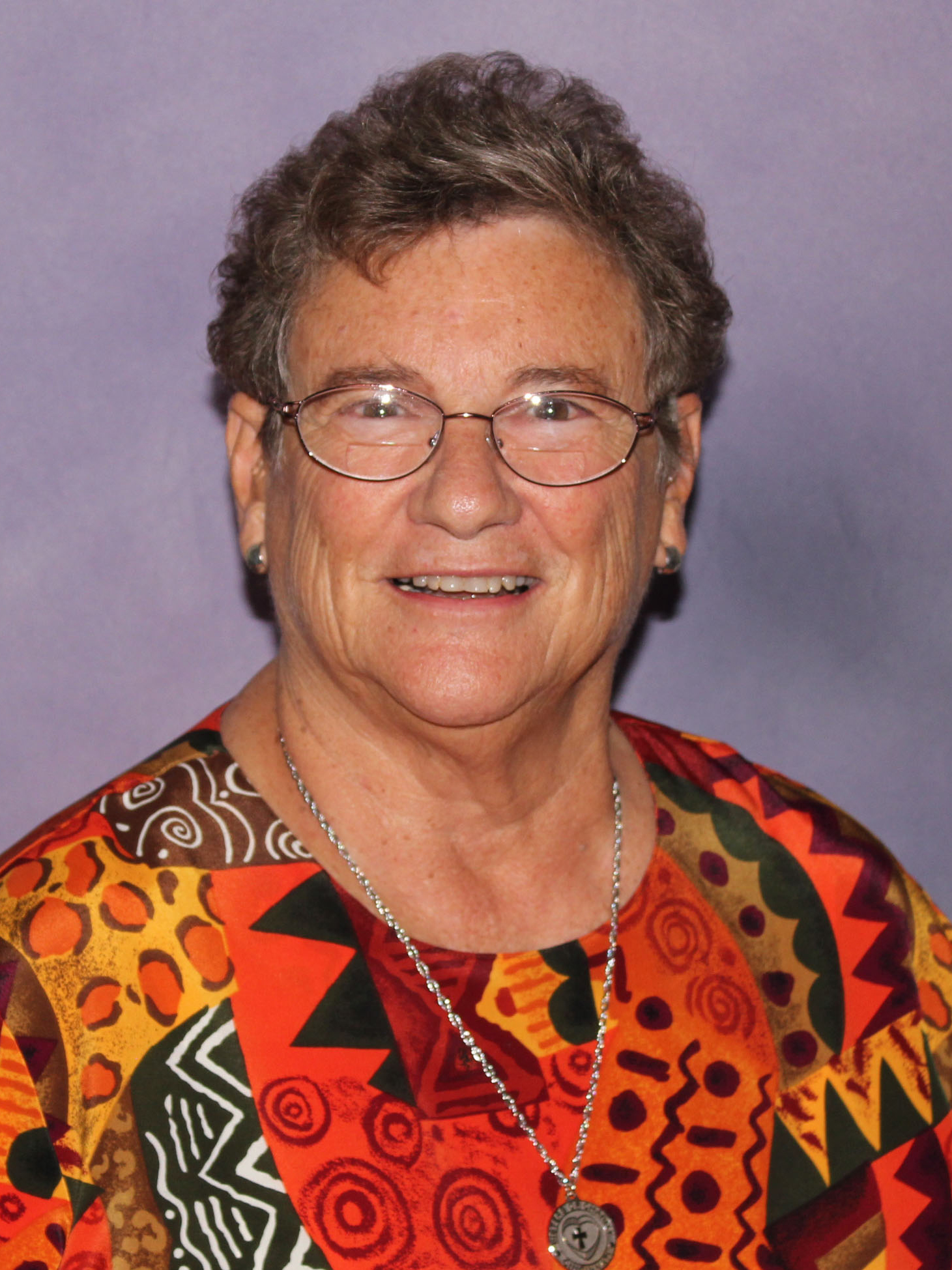 Sister of Charity of Cincinnati Martha Jean Gallagher was born and raised in Cincinnati. Because of this, she quickly became aware of the presence and impact that the Congregation had on the city and herself, as she was taught by the Sisters as a student at Seton High School. After meeting her mentor and role model in the form of Sister of Charity Linda Chavez (then Sister Leo Margaret), Sister Marty joined the Community at the age of 18 and made her Perpetual Vows in 1966.

After earning her bachelor’s degree in education from the College of Mount St. Joseph, now known as Mount St. Joseph University, in 1966, she began her first ministry as a primary teacher at St. Charles in Lima, Ohio (1963-1969). She also ministered during the summer break of this year as a teacher in a migrant farm worker school in Findlay, Ohio, a ministry which she considers to be one of the most significant. Here, she met Sister of Charity Pauline Apodoca who was conducting a study for the Archdiocese of Cincinnati on the needs of farm workers.

Her next ministry at St. Mary in Greensville, Ohio, was also that of an educator, but she volunteered her time on the weekends to help the large migrant population of the area. On the weekends and evenings she worked in the medical clinics of migrants and went out into the fields and camps with Sister Pauline. For three years, she served alongside Sister Pauline at United Farm Workers Clinic in Salinas, California, per the request of Cesar Chavez in 1974. After three weeks she was named the administrator of the clinic.

Following a brief period of study on Spanish and Hispanic culture in Ensenada, Mexico, Sister Marty reunited with Sister Pauline to serve in yet another clinic called La Clinica del Pueblo in the village of Tierra Amarilla in northern New Mexico. She became a licensed EMT in the state and was in charge of administration. She eventually returned to Mount St. Joseph University in 1978 and participated in the active spirituality program for nine months. The following year, she founded and directed a group home for women with mental illnesses and developmental disabilities. “Our goal was to bring in women and equip them to live in a semi-independent environment,” Sister Marty said.

Sister Marty conducted in-service workshops for the nurse aides and nursing personnel. She also taught a weekly class for Sisters on integrating mental health and spirituality. In addition, she worked with the Sisters of Mercy at McAuley Convent and conducted part of their in-service education on death. She currently sees individual clients to continue her mental health ministry, with which she has been involved for the last 28 years.

When not serving the needs of others, Sister prefers to spend her time by practicing water aerobics, reading, kayaking, fishing and stone carving. While reflecting on her service, she said, “I’ve done wonderful things, and met wonderful people. I really have no regrets. In all my ministries, I contributed 100 percent and could see the results.”