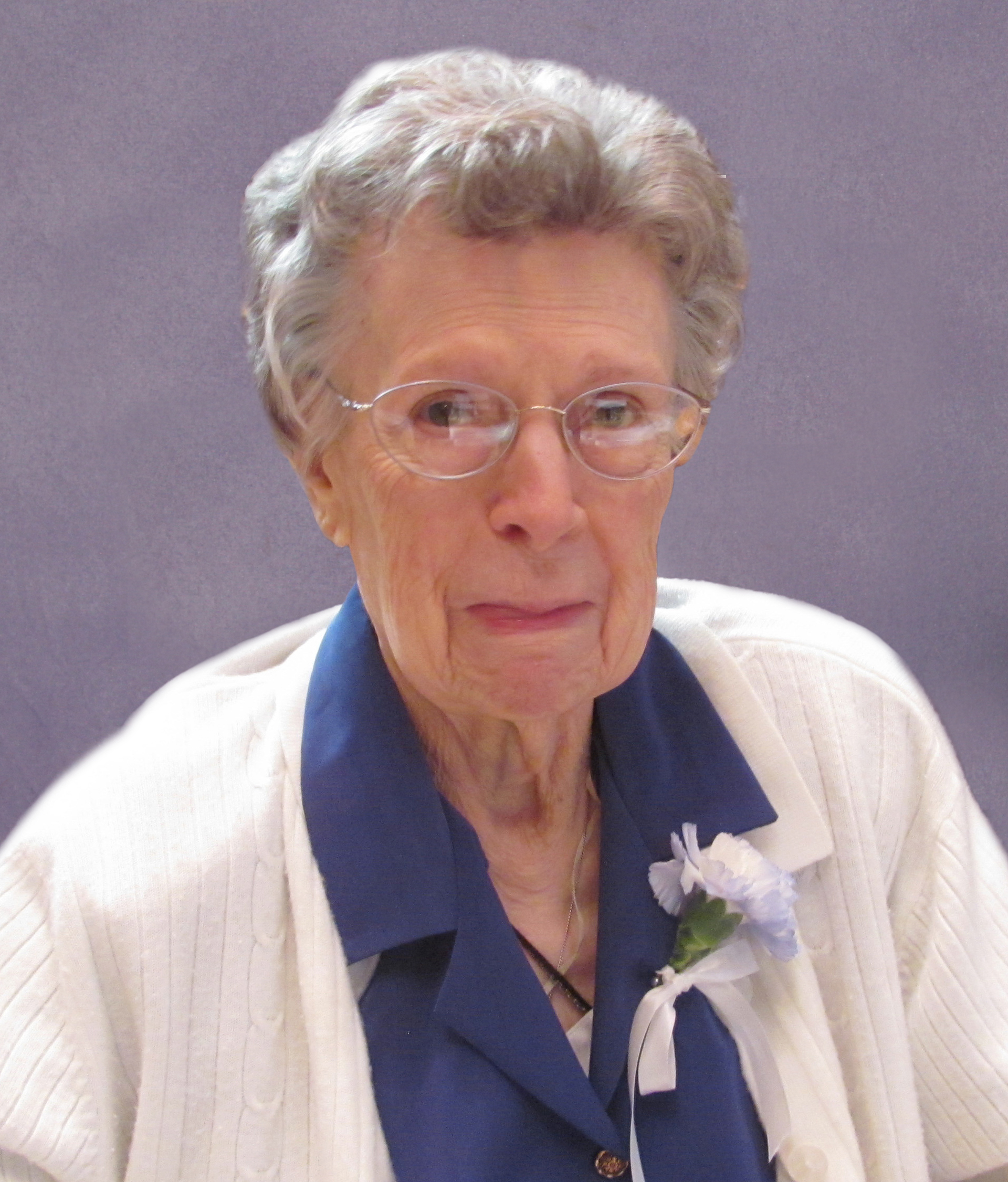 S. Eileen Therese Breslin died Aug. 23, 2019, at the age of 103 in Mother Margaret Hall, the nursing facility for the Sisters of Charity. S.  Eileen Therese was born Mary Breslin on June 4, 1916, to John Andrew and Martha (Gaebke) Breslin in Maysville, Kentucky. She was given the name Eileen Therese when she became a Sister of Charity 85 years ago.

Sister grew up in Maysville, Kentucky; she attended St. Patrick grade school in Maysville and graduated from Mount St. Joseph Academy in 1934 where she was taught by the Sisters of Charity.

S. Eileen Therese earned a Bachelor of Arts degree in English from the College of Mount St. Joseph in 1952 and a master’s in education from the University of Dayton, Dayton, Ohio, in 1968. Her more than 45 years of active ministry included 35 years in education, teaching in the intermediate classroom.

A new challenge presented itself in 1980 when S. Eileen Therese began serving as transportation coordinator for the Motherhouse Sisters. Three years later she retired from active ministry; her new activities included volunteering at Mother Margaret Hall and Bayley. One of her more unique accomplishments was her title as a Kentucky Colonel. The title and accompanying medal were bestowed upon her on the occasion of her 90th birthday. She was always happy to go home to visit Mayville, her birthplace, and catch up on what was happening among the townspeople. Sitting along the banks of the Ohio River was a favorite remembrance from her youth.