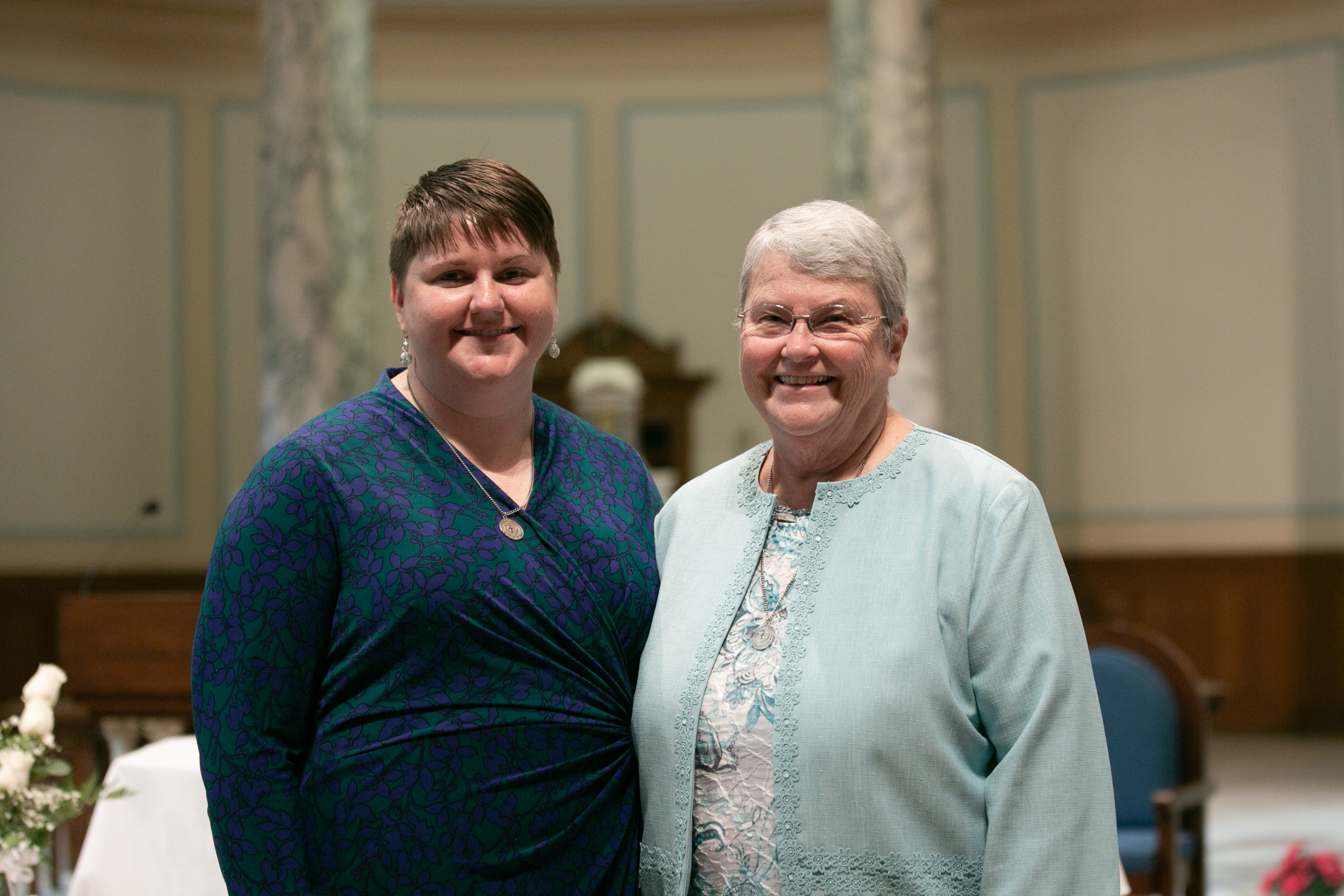 “I make these evangelical vows into the hands of Sister Patricia Hayden. I ask for the continuing grace of God and the support of my Sisters, Associates, family and friends that I may keep faith with the commitment I freely and joyfully make today,” she concluded.

Sisters of Charity President, Sister Patricia Hayden, accepted Whitney’s vows and following the Mass and ceremony guests were invited to celebrate with the Community in the Motherhouse Dining Room.

Born in Dayton, Ohio, Whitney is the younger of two children to Beverly and Richard Schieltz. She graduated from the University of Cincinnati in 2010 with a degree in architecture, and continued her studies at the University of Kentucky (Lexington) in the area of historic preservation attaining her master’s degree in 2012. Whitney returned to Dayton and participated in the Rite of Christian Initiation for Adults where she was confirmed Aug. 24, 2014, at St. Luke parish in Beavercreek, Ohio.

Whitney began Affiliation with the Community in September 2015 and became a Canonical Novice on Aug. 19, 2017. During her Canonical year she participated weekly in the Greater Cincinnati Intercommunity Novitiate. In addition, she had the opportunity to participate in a five-day session with the St. Louis Intercommunity Novitiate, minister once a week for six months at Working In Neighborhoods and another six months at Price Hill Will, find time for prayer and reflection and volunteer with Sister Sarah Mulligan, SC at the Daniel Comboni Community Clinic (Mixco, Guatemala) for 10 days.

During her Apostolic Novitiate, beginning Aug. 20, 2018, Whitney volunteered three days a week at Working in Neighborhoods. Whitney’s vow preparation included workshops with the St. Louis Intercommunity Novitiate as well as participation in Sisters of Charity Federation Future of Charity gatherings and the Assembly of the Whole held in Chicago, Illinois.

Whitney will begin ministering full time at Working in Neighborhoods where she will be able to use her architectural skills to work alongside Sisters of Charity Barbara and Brenda Busch to help those who are economically poor. She will be living with the Visitation House community in Price Hill (Cincinnati). 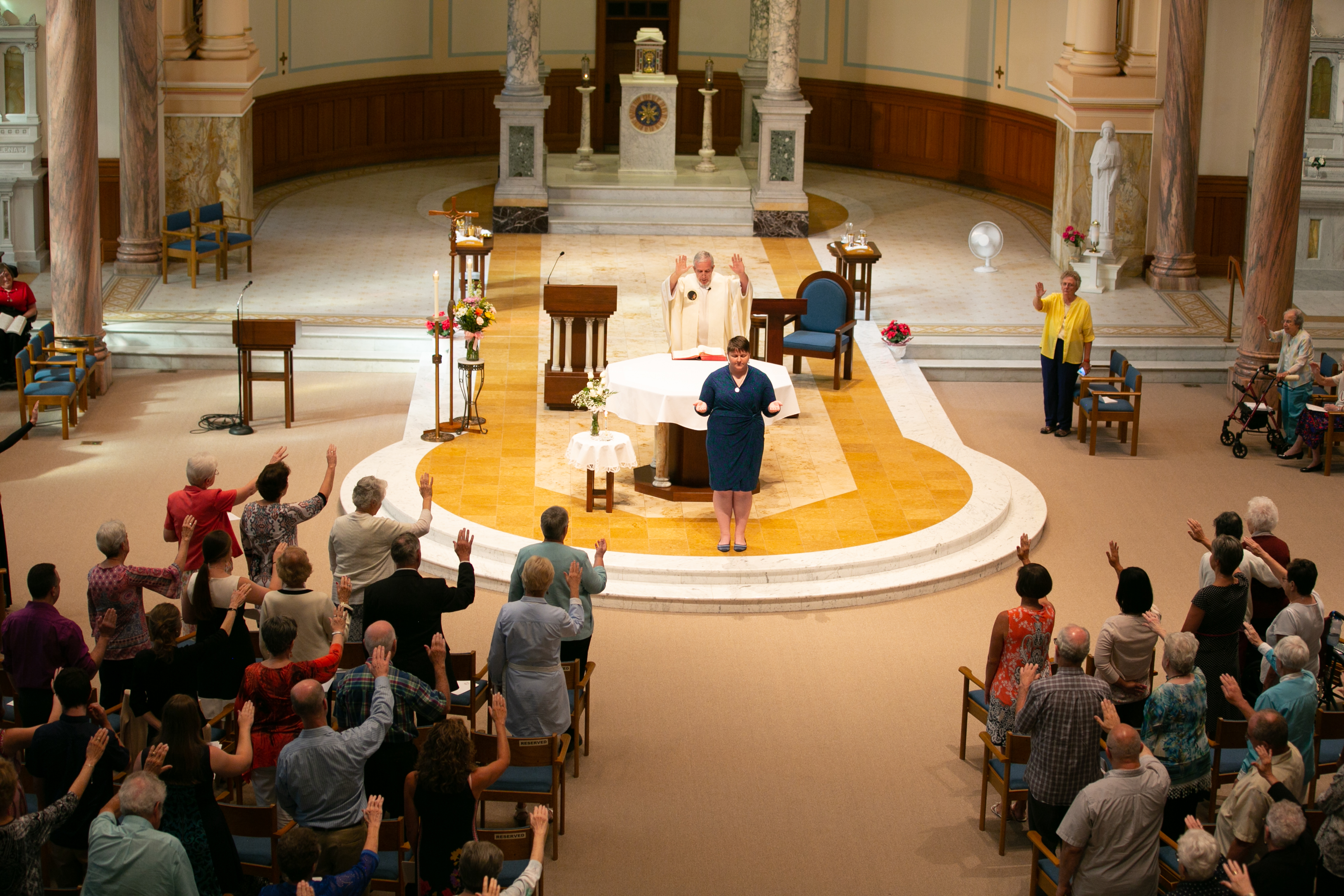