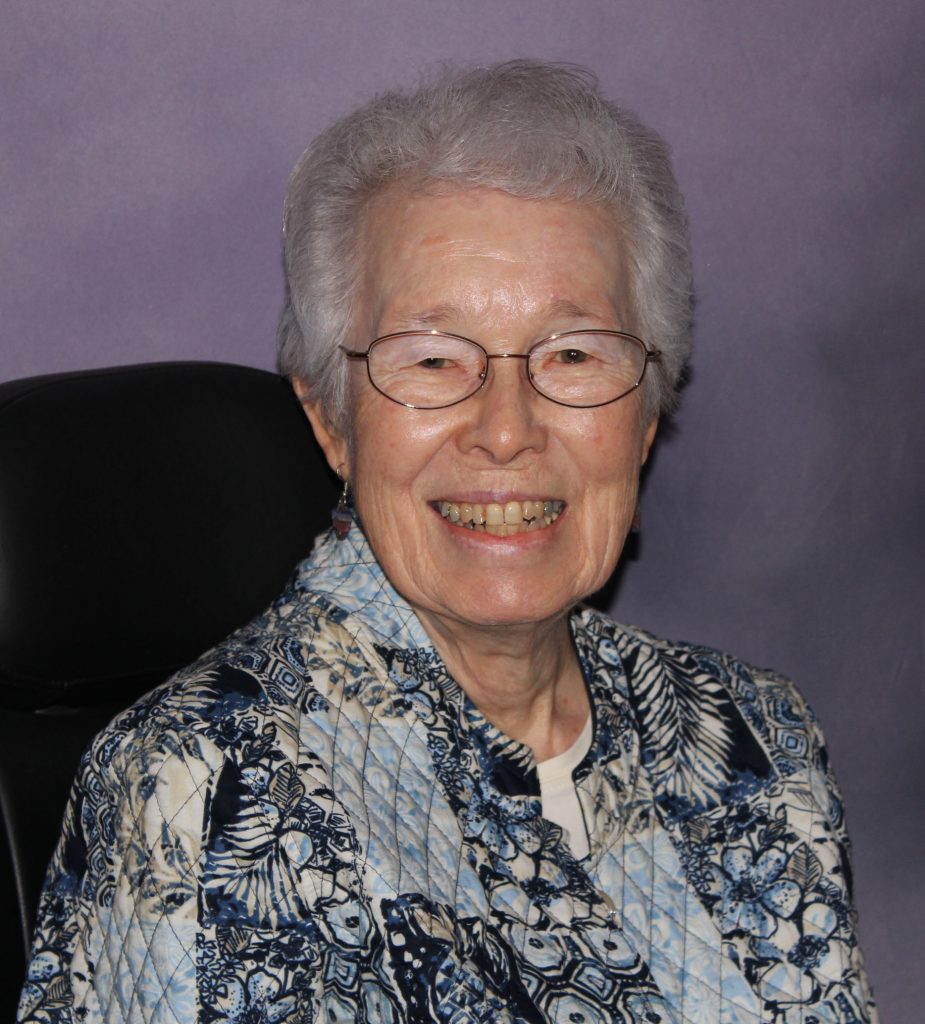 S. Joan grew up in Mount Healthy (Cincinnati, Ohio); she attended St. Margaret Mary grade school and graduated from Mount Notre Dame Academy in Reading in 1946. The call to become a Sister began early in grade school, but she didn’t decide until later in high school whether it would be the Sisters who taught her or the community where her aunt was a member. It was the humanness of the SCs that helped her decide. “I saw them as persons who had a zest for life and love and relationships,” she commented at the time of her Diamond Jubilee.

In 1972 S. Joan was elected as the Cincinnati provincial, a position she held until 1976. Then she went on to serve as staff to the Life Development Office of the Congregation followed by two years of work on a degree in psychology at the University of Detroit. In 1980 she became a full-time pastoral counselor with the Archdiocesan Counseling Service and in 1987 was named director of the service, while continuing her position as counselor. In 1994 her skills were expanded to treat a larger population than priests and religious, when she joined the Professional Pastoral Counseling Institute, an interdenominational counseling center with a wide variety of clients. In 2001 a stroke weakened her left side, but she continued her counseling at PPI three days a week until 2004 when she retired.

S. Joan found Vatican II as a freeing agent in her life. The centering prayer movement provided her with a grounding for her life of ministry and compassion. She was active with the Sister of Charity Associate program and particularly enjoyed celebrating ordinary times together with long-time friends. She moved to Mother Margaret Hall in 2007, but remained  active in all aspects of community life.

Later, in her retirement years, S. Joan would refer to her years in pastoral counseling as the most fulfilling of her life. She loved ministering to ministers. She saw her role as helping others to integrate their spiritual, emotional, physical and social dynamics and to move toward wholeness; she believed this enabled them to serve the Church and the world with greater freedom, caring and compassion.

Looking back over her life as a Sister of Charity, S. Joan reflected, “We as a Congregation are a gifted group of women, giving service to the Church and world, but indeed in the midst of our human struggle together, that transformation of ourselves and of our world happens.”