God’s Providence These Past 100 Years 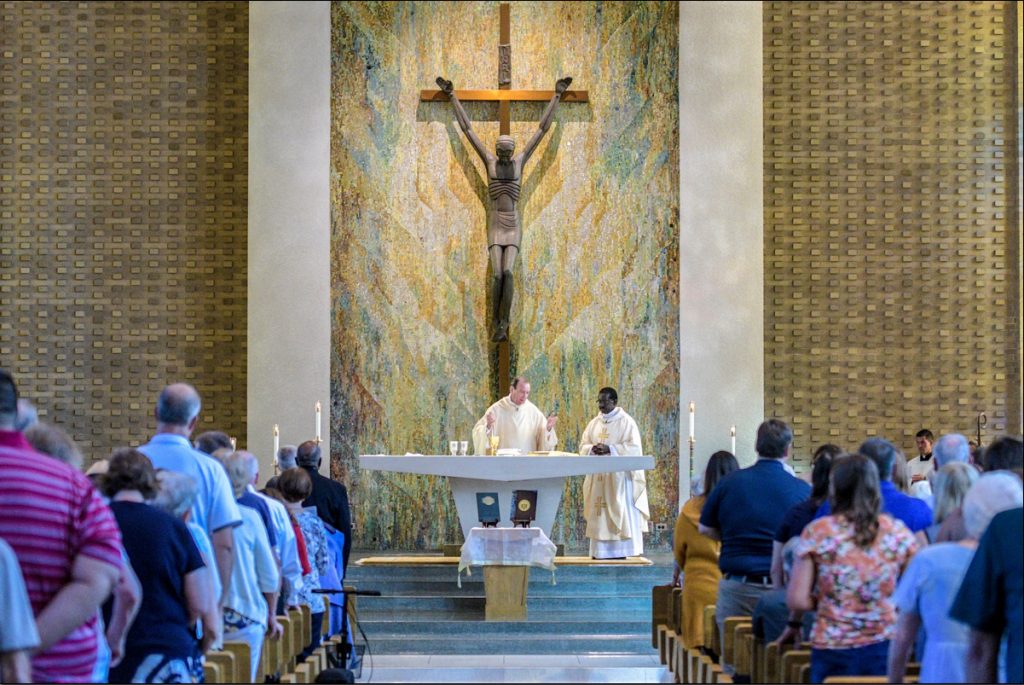 This year marks the 100th anniversary of Mount Saint Joseph University, known in the beginning as Mount Saint Joseph College on the Ohio. The kickoff for the year’s events was Sept. 14, 2019 with Archbishop Dennis Schnurr celebrating Mass in Mater Dei, the university chapel. Other events that day included an art show at San Guiseppe Gallery, a festival in the quad, and fireworks later in the evening. A full schedule of events throughout the year are on the university website, https://www.msj.edu/about/centennial/.

In 1920, 20 young women had enrolled in the first Catholic college for women in Southwestern Ohio whose classes were held in the current Motherhouse of the Sisters of Charity of Cincinnati and in the attached building, Seton Hall. The college remained all-women until 1986 and underwent an historic name change to Mount Saint Joseph University in 2014 based on the growing number of graduate courses being offered.

Since 1959 when the administration of the College was terminated as the responsibility of the Mother General of the Congregation, seven presidents have served, three of which were Sisters of Charity: S. Mary Corona Molloy, 1959-’67; S. Adele Clifford, 1967-’72; and S. Jean Patrice Harrington, 1977-’87. Ursuline Sister Frances Marie Thrailkill served from 1987-’08. Three laymen have served in this role: Robert Wolverton, 1972-’77; Tony Aretz, 2008-’15; and the current President H. James Williams. S. Mary Corona oversaw the creation of the new campus beginning with the construction of the first building in 1960 and its dedication on May 1, 1963. Several more buildings have appeared over the years, each one marking a particular need of the time. President Williams has energized his faculty, staff, and board to assure that our newest building, the Recreation and Fitness Center, has become a reality as construction began this summer purposely coinciding with our anniversary.

During these 100 years, the primary focus of the university has been the development and education of young people in the Gospel of Jesus Christ, the charism of the Sisters of Charity, and respect for and education in other faiths and forms of spirituality. The school year began with the annual Mass of Holy Spirit for the entire campus. The former Sisters’ chapel has been reconfigured under the direction of S. Karen Elliott, C.PP.S., director of Mission Integration, into a space for interdenominational prayer and reflection.

The current Mount facts include: 612 full and part-time faculty, 1,448 undergraduate students, 551 graduate students, and 169 doctoral students. There are 18 graduate programs and two doctoral programs. In a recent survey, more than 98 percent of the 2018 graduates with a bachelor’s degree report they are successfully employed, in graduate school or volunteering within six months of graduation. With our visionary strategic plan, Transformation 2025, moving us into the future, “(we) will embrace, augment, and amplify student experiences … to ensure our graduates are well-prepared for (the 21st century).”

We are on a grace-filled trajectory to fulfill that vision for the next 100 years! 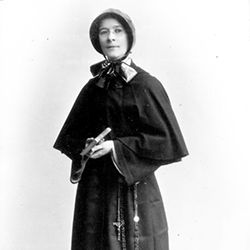 During this year of celebration in preparation of Mount St. Joseph University’s centennial, we feature S. Leonita Mulhall, the first dean of the college in 1920. READ MORE 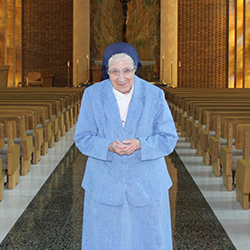 As one of its oldest living graduates, S. Mary Loyola Mathia reflects on the evolution of Mount St. Joseph University. READ MORE