Most Cincinnatians are aware of the celebration of the 150th anniversary of the Cincinnati Reds as the first professional baseball team, fewer know that 1869 was also the year the Art Academy of Cincinnati opened. Originally known as the McMicken School of Drawing and Design, the school moved to Eden Park when the Cincinnati Art Museum opened in 1886. Cincinnati philanthropists Joseph and Nicholas Longworth, David Sinton, and Reuben Springer contributed generously to the adjacent Art Academy building that opened the following year. Here thousands of Academy art students had easy access to the museum’s collections for study and inspiration. During its early decades renowned artist and inspirational teacher, Frank Duveneck, served as dean and instructor at the three-story limestone and sandstone castle-like structure.

Among these students were four Sisters of Charity selected by Mother Sebastian Shea to attend classes in the first decade of the 20th century. All had previously done work under S. Stella O’Rourke, “the queen of the art department” at Mount St. Vincent’s, Cedar Grove. S. Appolonia Liguori, who for many years taught art at Cedar Grove, painted murals there and in the dining room at Mount St. Joseph. Her subjects included St. Vincent de Paul, Jesus and the disciples at Emmaus, St. Michael, and Nazareth Home life. She also contributed to the support of Saint Vincent Academy in Albuquerque by selling glass and porcelain pieces she painted. A large Limoges porcelain-painted vase depicting angels, foliage and berries executed by S. Appolonia is on display in the Art Room at Mount St. Joseph. 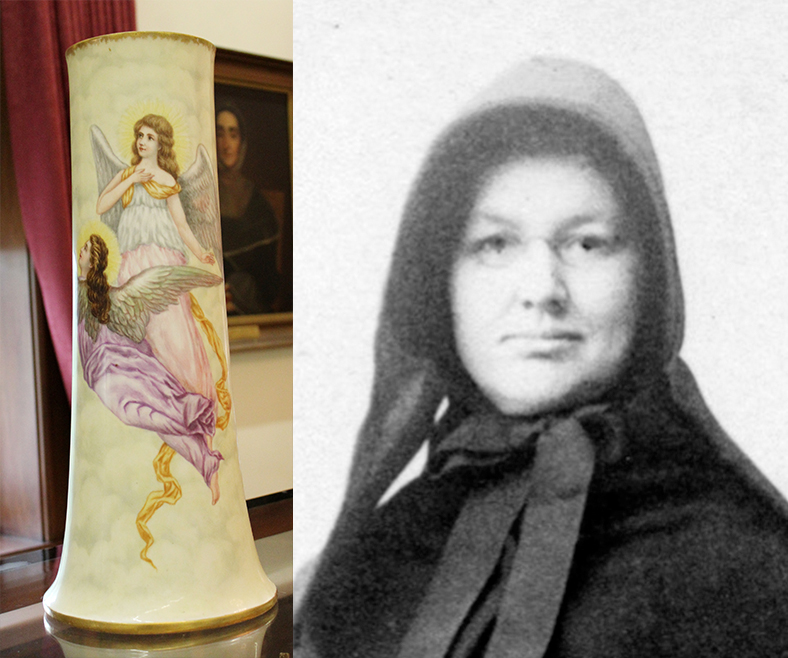 Olivia Lefevre, another Art Academy student, specialized in designing and painting vestments and tabernacle veils. For 37 years she cared for the chapel at Cedar Grove and then did the same at the Motherhouse for another 15 years. In addition to her work, the beautiful arrangements of flowers and vases she created for the altars were greatly appreciated by Sisters, students, and visitors both at Cedar Grove and Mount St. Joseph. Octavia also painted florals and New Testament scenes on the dining room walls. 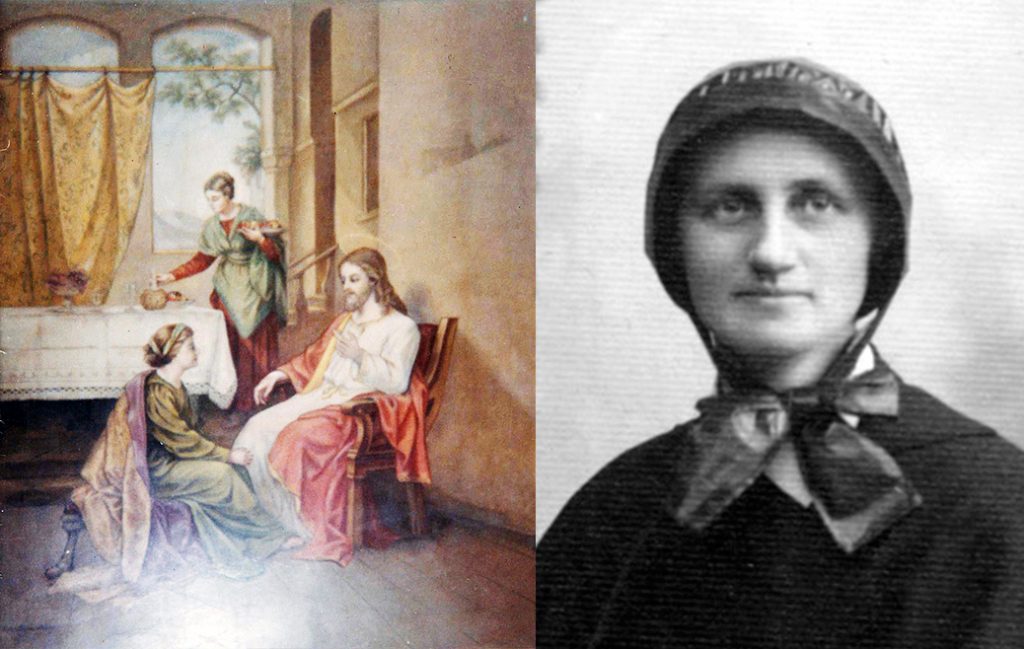 Ann Xavier Magevney’s classes in drawing and painting at the Art Academy led her to specialize in painting on porcelain, a popular artistic medium in the early 20th century. Two of her oil-on-canvas paintings hang at Mount St. Joseph. “White Snowballs” is on display in the Rose Room, while her small “Scene from St. Aloysius Academy” is found in the second floor corridor just outside the Rose Room.

By far the most prolific of these students was S. Ernestine Foskey. An art teacher from her early days in the Community, she painted murals, oils, and watercolors at Sisters of Charity missions including St. Vincent Academy, Albuquerque, and Mount St. Joseph. She completed three large “Angel of the Battlefield” canvases, portraits of three of the Mothers of the Community, and a number of watercolor still-lifes that currently adorn the halls and rooms of the Motherhouse. In addition to her own creative output, she taught and inspired art students at Mount St. Joseph Academy and the College of Mount St. Joseph for many years. 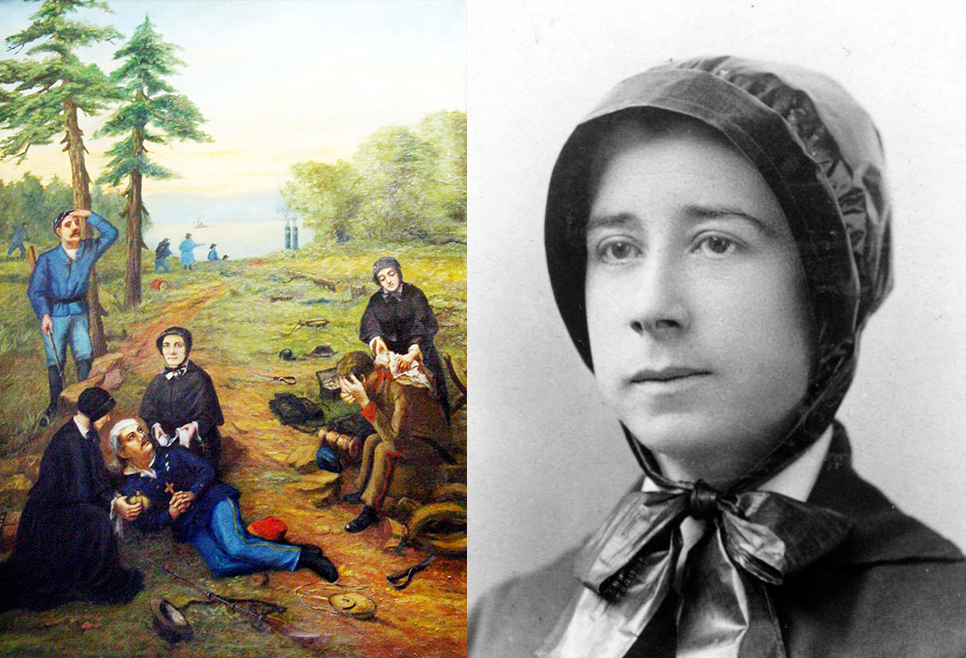 S. Ernestine Foskey is known around the Motherhouse as the artist behind three large “Angel of the Battlefield” canvases.

The Sisters of Charity connection to the Art Academy goes beyond these four Sisters. One of the Community’s goals was to foster appreciation of art among Sisters and students, and the Community’s art collection includes a number of works by Cincinnati artists who attended the Academy. The most prominent of these are Clement Barnhorn’s Carrara marble statues, “Madonna of the Lilies,” and “St. Joseph and Child,” that adorn the side altars in the Motherhouse chapel. Oil paintings in the Art Room include works by Frank Duveneck, Elizabeth Nourse, John Weis, Martin Rettig, and Herman Wessel. John Ruthven prints are also displayed at the Motherhouse.

The Sisters proudly join in congratulating the Art Academy of Cincinnati on this landmark anniversary.