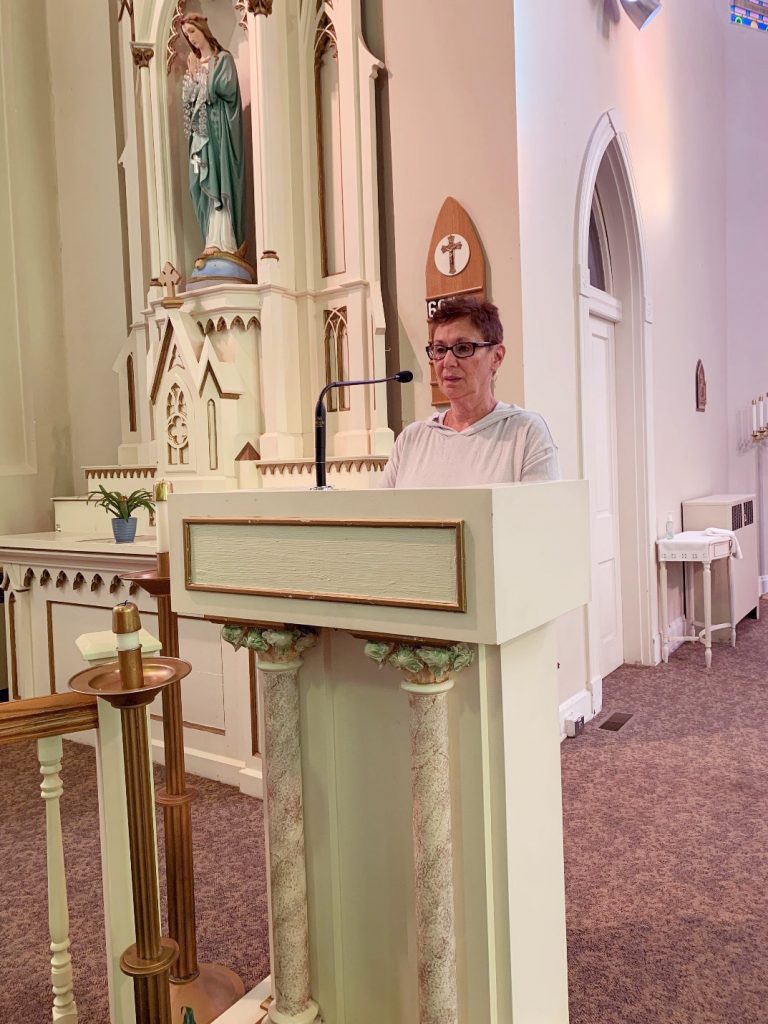 Linda Jung (above) has been involved with the Sisters of Charity since she was a child and is happy to be an Associate to the Congregation.

Living in the spirit of Elizabeth Ann Seton, Linda Jung, or Lin, recently made her commitment to the Sisters of Charity as an Associate in Mission. Thanks to a sense of community from the Sisters that she was welcomed into from a young age, Lin has grown to be part of the loving Community that she can only describe as family.

As with many other Associates, Lin first met the Sisters of Charity as a child during her grade school years and has since viewed them as extended family. Encouraged by the Sisters, Lin found herself quite adept in roles of leadership, like becoming class president and accepting leadership roles in her nursing school. However, she always preferred to serve without drawing attention or praise to herself, practicing the virtue of humility taught to her by the Sisters of Charity. After working in a hospital, Lin began her work as a school nurse and found herself working alongside the Sisters of Charity once more. “The Sisters taught me in grade school, high school, nursing school and at [the college of] Mount St. Joseph,” Lin says. “They’ve been a very big part of my education and who I am.”

Despite being involved with her parish, St. Aloysius on the Ohio, in Cincinnati, Ohio, Lin was looking to continue her spiritual growth beyond her work there. When her good friend Pat Schloemer suggested Association to her, she was reluctant because of her family obligations and her 24 grandchildren. Once her youngest grandchild was fully cared for, Lin finally had the time to direct her full energy towards her year of discernment. Partnered with Pat, one of the Congregation’s senior Associates, Lin was able to continue her faith journey. “It felt like a good time to do a little bit more for the Community,” Lin says. “I have a chance to give back and help the Sisters any way I can and myself in the process,” Lin says.

Strongly inspired by Elizabeth Ann Seton’s devotion to her family and Congregation alike, Lin hopes to apply the same sense of family to others by continuing her parish work. She has been involved in positions of leadership such as Pastoral Council and has been a lector at her parish. She has also been involved with her parish’s Caring Angels program, which provides meals for people in need for any parish gathering. “I feel committed to helping people who are going through strife in their family with terrible illness or loss of work,” Lin says. “That’s a real calling that I have.”

This calling to help others is an intrinsic value instilled in her by the Sisters of Charity, but it is also strongly rooted in faith. Lin has always made an effort to help those in need which, in turn, has bettered her relationship with God. Lin says, “To give, to spread charity, to live a Christian life and ideals, what I’ve been asked to do and taking care of my family are the most important things in my life.”

“Besides the family that we have, there’s always someone in need,” Lin says. Lin devotes herself to many causes, but the one that she is most devoted to is her family that she has found both in the Sisters of Charity and her relatives. But, as she has realized from knowing the Sisters for so long, the drive to help family translates seamlessly into Association and service to others.