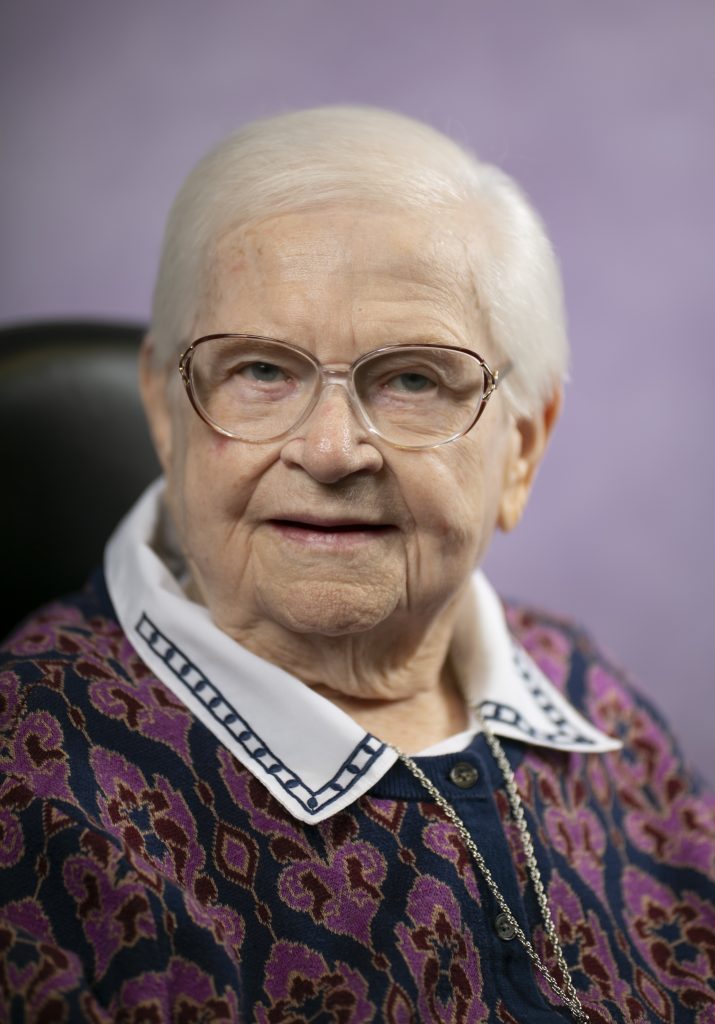 S. Loretta Saupe died Oct.  29, 2019, at the age of 91 in Mother Margaret Hall, the nursing facility for the Sisters of Charity. Sister Loretta was born Dorothy Saupe on April 12, 1928 to parents William and Loretta (Kramer) Saupe in Cincinnati, Ohio. She was a Sister of Charity for 72 years. At the time of her vows she took the name S. William Loretta honoring her parents, but dropped the ‘William’ following Vatican II.

S. Loretta earned a Bachelor of Science degree from the College of Mount St. Joseph in 1956 and a Master in Education from Xavier University, Cincinnati in 1969. She put both degrees to good use, teaching in Catholic elementary and high schools for more than 40 years.

In 1978 S. Loretta agreed to become the principal at St. Bernard, following the death of Sister. Marjorie Ann. She remained there until 1989, successfully directing the Individually Guided Education (IGE) program, a time when enrollment in the school doubled. After a brief personal renewal program she offered her services as a senior aide at St. John Center, Springfield. In 1991 S. Loretta moved to Cincinnati and for 10 years ministered as the postal clerk at the SC Motherhouse Post Office along with her friend S. Dorothy Marie Kremer. It was a position for which both were well-suited. They braved rain, ice and the Cincinnati heat to make their appointed rounds, twice a day, to Bayley, the SC Executive Offices, Mother Margaret Hall and the Plant Office. It was truly a labor of love.

In her retirement S. Loretta offered her services in the SC Communications Office, Assisted Living mail room and Mother Margaret Hall mail delivery. Her cookie-making continued, always accompanied by a warm, ready smile. In 2003 she moved to Mother Margaret Hall, but through the use of her scooter she continued to be a frequent, welcoming presence on the campus.

S. Loretta is remembered as a warm and thoughtful friend. S. Georgia Kitt recalls, “Loretta was an excellent chemistry teacher at Catholic Central, known for her willingness to give that extra attention to a difficult concept.  We taught and ministered together in Springfield for more than 15 years. She was always respectful of the sacrifices families made for a Catholic education; she made sure their efforts were not in vain.”