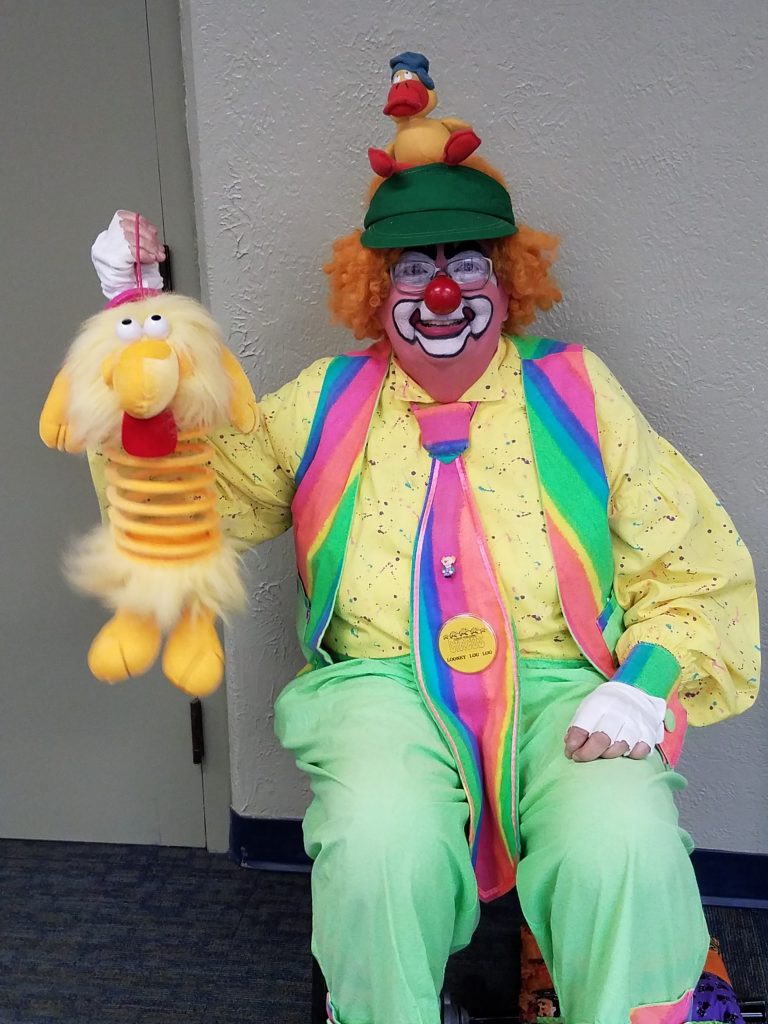 S. Pat Newhouse has enjoyed bringing joy to others through her 30-year ministry as Looney Lou Lou the clown.

After years of smiles and gallons of face paint, Sister of Charity Pat Newhouse has retired her clown ministry. Being a “fool for Christ’s sake” has allowed S. Pat to bring entertainment to those that she is ministering to. Though this clown character is being put to rest, S. Pat’s legacy of laughter has touched many lives – including her own – and will be missed by many as S. Pat pursues other ministries.

“I fell in love with clowns when I first met them at the circus as a young child,” S. Pat says. Because of her early encounters with clowns and her love of the circus, S. Pat eventually took classes with a few of her friends to become a clown herself. When it came time to decide on a name for her clown character, she wanted to incorporate the name “Lou Lou” to honor her late father, who she used to call “Daddy Lou Lou,” and her friends in her classes suggested using the word “looney” in front of it. In 1990, S. Pat registered her new persona with the World Clown Association as “Looney Lou Lou” and began a ministry of laughter that lasted for nearly 30 years, a ministry that she has found goes hand-in-hand with being a Sister of Charity. “As a Sister of Charity I have been called to love others unconditionally and as a clown I feel it has given me another way to share my love with others,” S. Pat says. “As clowns we are called to be ‘fools for Christ’s sake’ to be weak, so that others can be strong. What an honor and privilege these two callings have been for me.

Though a seemingly frivolous position, becoming a clown and undergoing the training can be a lengthy and challenging process. S. Pat, for example, began taking classes in 1989 with her friends at Lansing Community College in Lansing, Michigan. The course lasted for 10 weeks which culminated in a student-based performance at the Royal Henneford Circus. Some of the skills that she learned included face-painting, making balloon animals and magic tricks. Her first performance at the Royal Henneford Circus took place on her 50th birthday. S. Pat says, “It was the beginning of my happy clowning experiences for years to come.”

“Looney Lou Lou” has appeared in a myriad of events over the years, such as circuses, parades and birthdays to name a few. One of S. Pat’s favorite moments was her 60th birthday where she visited the University of Amsterdam Children’s Oncology Hospital and Clinic in the Netherlands, where she brought joy to the young cancer patients. In addition, S. Pat’s talents as a clown were nationally recognized. S. Pat says, “[I was] invited to perform at the White House’s Annual Easter Egg Roll in 1991 and 1993.”

However, Looney Lou Lou is not the only way S. Pat brings joy to others; in fact, S. Pat has always enjoyed dressing up for the amusement of others and has applied this to her ministries. For example, during the month of March, she dresses up as the Cat in the Hat to celebrate Dr. Seuss Day, with whom S. Pat shares the birthday. As the Cat in the Hat, S. Pat encourages young students at St. Martha’s School and Parish in Okemos, Michigan to read. Before that, S. Pat used to dress up as an elf with the Knights of Columbus’ Knights of Harmony. “While they sang Christmas songs, I collected money for our area food banks,” S. Pat says.

An important part of S. Pat’s ministry is bringing joy to others, but her talents and gifts as a clown were shared with others in more ways than one. Such was the case with the late Sister of Charity Cheryl Ann Grenier who, after seeing S. Pat perform, was interested in becoming a clown as well. Choosing the name “Melody” for her character to complement her musical abilities, Sisters Cheryl and Pat spent the next 10 years performing together. “I know she continued to enjoy bringing happiness throughout her clowning years just as I have,” S. Pat says.

Because of its opportunities of service and fun, clowning has become a unique form of ministry. S. Pat believes that the ministry helps to incorporate servanthood and childlikeness, which allow her to serve as a faith-filled woman of charity. “Clowning shows us how God’s grace can work through our imperfections and goofs while at the same time letting wonderful things happen for everyone,” S. Pat says. “Clowns do this by simply being authentic and this comes from experiences just like everything in life.”

Pat’s last outing as Looney Lou Lou took place for St. Martha School and Parish Auction for this annual event’s carnival theme, which is a fundraiser for the parish that was founded by a Sister of Charity. Though she is retiring the character, S. Pat says that she will continue to dress up accordingly as she says that the ministry of bringing joy to others is deeply embedded within her. She hopes that the art of clowning will prosper in the generations to come and that others will feel the same joy that she felt as a kid when she discovered the art. “I’m sure I’ll continue to dress up for different occasions as I’ve become accustomed to doing,” S. Pat says. “I think it’s a part of my DNA.” 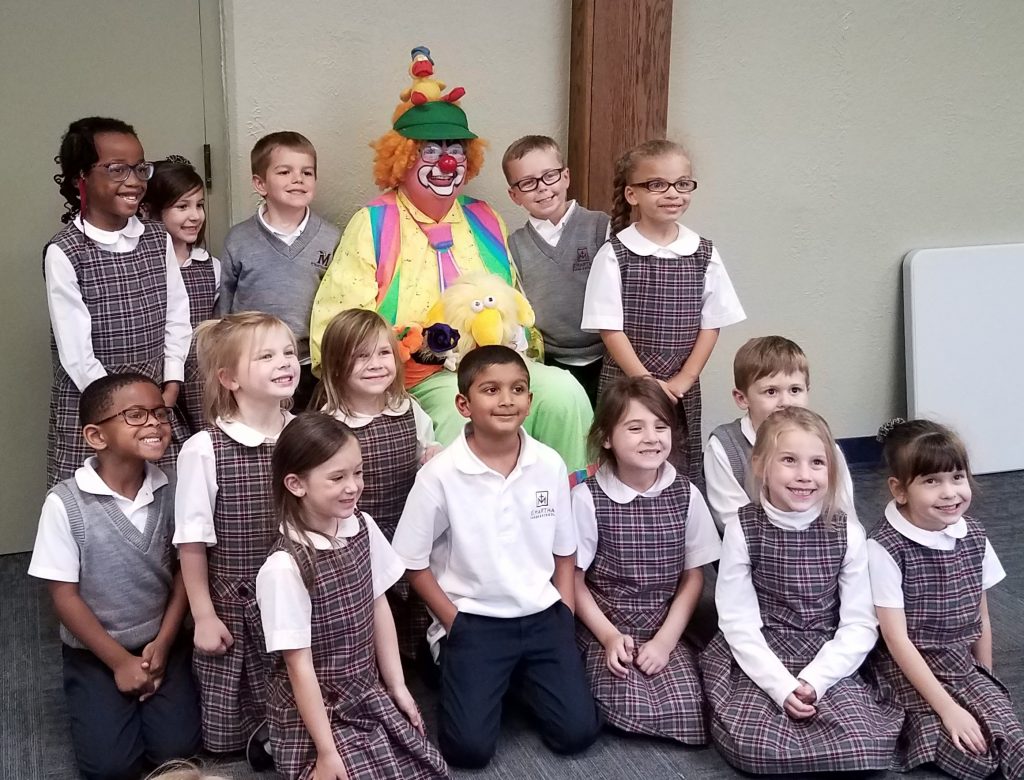