Motherhouse Sisters enjoyed a private tour and tea at DePaul Cristo Rey High School recently at the invitation of school President S. Jeanne Bessette, OSF. The Sisters of Charity sponsor DPCR, and the campus has undergone significant change since the school opened in 2011. Some of the visiting Sisters had not been on campus in several years to witness the school’s growth and success as it nears the end of a major construction project adding two new buildings to the Clifton campus. 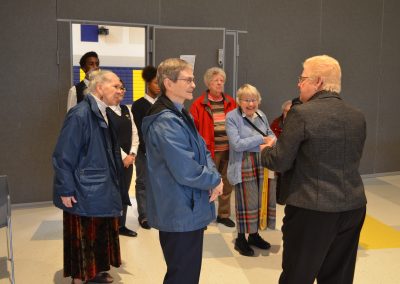 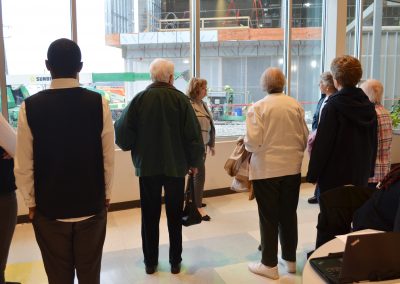 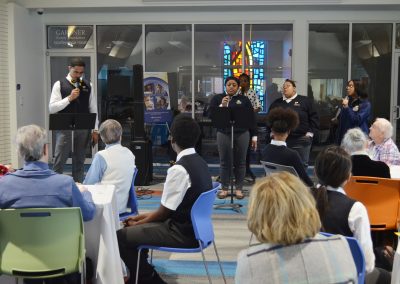 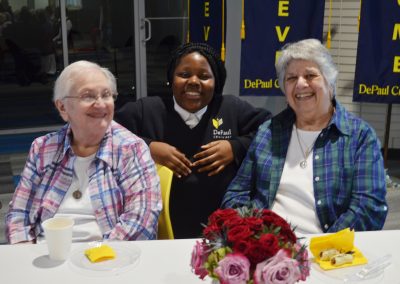 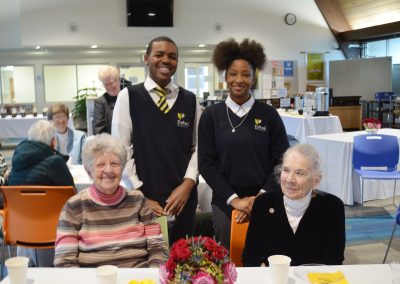 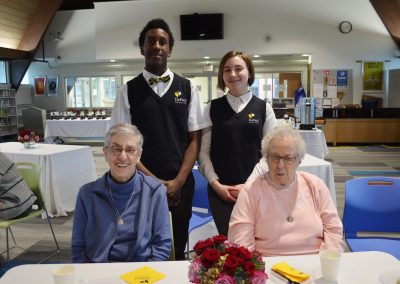 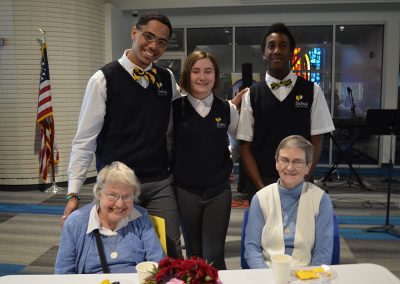 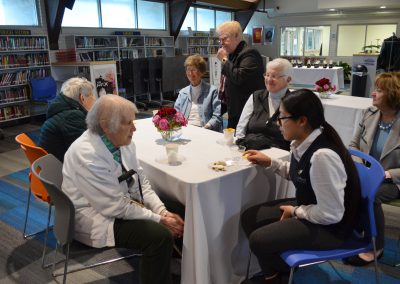