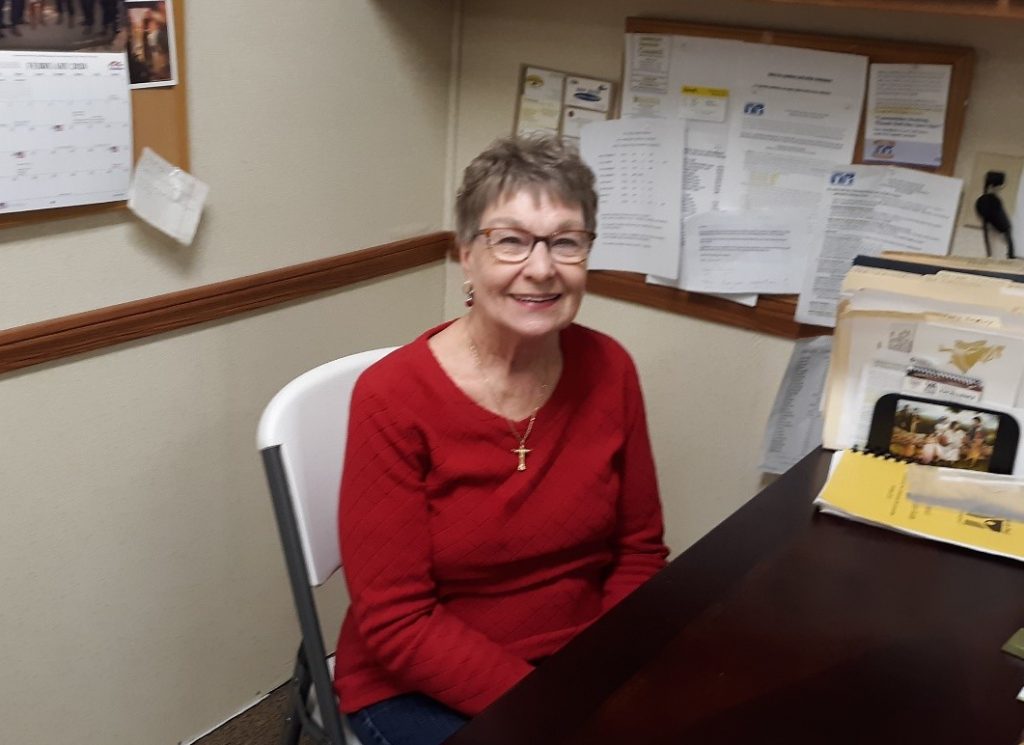 Lifetime Associate Carol Herbert made her commitment in 2016 which she honors through her service with the St. Vincent de Paul Society in Cincinnati, Ohio.

Lifetime Association with the Sisters of Charity is a commitment that few make, but those that do, feel that their lives were changed for the better. Such is the case with Carol Herbert, who made this commitment in June 2016, and has enjoyed the company of the Congregation during her life devoted to service. Though she has achieved much in her time as an Associate, Carol remains faithful to the mission of the Sisters of Charity by embracing her relationships with others.

In 1984, Carol began her spiritual journey with the Sisters of Charity when she was hired by the SC Communications Office. She had heard of the Sisters through fellow Lifetime Associate Rita Brandeweide, but she lacked any prior experience with them. Working under Sisters Carol Leveque and Marge Kloos, Carol not only felt that her skills in the workplace were developing as a result of her work, but her faith as well. During her time, Carol had the privilege of learning about the Sisters on a personal level by interviewing them and writing about them. All of this culminated in making her commitment as an Associate in 1989 when she promised to uphold the values of service, build loving relationships and live the Gospel values. “During and after that time, I wanted to imitate their mission statement,” Carol says. “That’s the way I want to live my life.”

As an Associate, Carol felt a sense of camaraderie and community that she never felt before. Her monthly meetings with her fellow Associates reaffirmed her faith. Once the meetings became an annual event, Carol found herself longing for the companionship of her fellow Associates and the Sisters. Because of this, Carol made her lifetime commitment to the Sisters of Charity, where that sense of community was reignited. She says, “Meeting new people and sharing in my spirituality, that’s what I wanted out of it and that’s what I got out of it.”

Carol honors her commitment as a Lifetime Associate by volunteering at the St. Vincent de Paul Society in 1983. During her time, she helped her conference grow from a basement-operated service at St. William’s parish to an important food bank for the homeless people in the area. Her efforts did not go unnoticed, as she was awarded the Sister Dorothy Stang Award in 2019 for showing “solidarity with the poor” throughout the years. Carol says that her desire to live out the Sisters of Charity’s charism and the mission of the St. Vincent de Paul Society have been key to continuing her volunteer work. “The mission is always there and their charisms are interconnected,” Carol says. “When I’m responding to one charism, I’m responding to the other.”

All of Carol’s achievements stem from a desire to maintain her relationships with the Sisters of Charity. Carol hopes to make even more connections in the future to see where her journey will eventually take her.