Sister Caroljean (Cj) Willie is the program director at EarthConnection, an environmental center affiliated with the Sisters of Charity of Cincinnati and adjacent to Mount St. Joseph University in Western Hills. Sister Cj brings to EarthConnection her years of multicultural work experience from working with teachers in developing countries such as East Cebal, Uganda, Guatemala, and Mexico; her Peace Corps service on the island of Saint Lucia in the Eastern Caribbean; and her work for eight years at the United Nations as the N.G.O. representative of the Sisters of Charity Federation which includes 14 congregations working in 26 countries. As an educator, Sister Cj quoted a teacher who said, “Everything you teach has to have hooks on it that attach to something else in someone’s experience,” which has influenced her environmental sustainability efforts to encourage communities to work together. 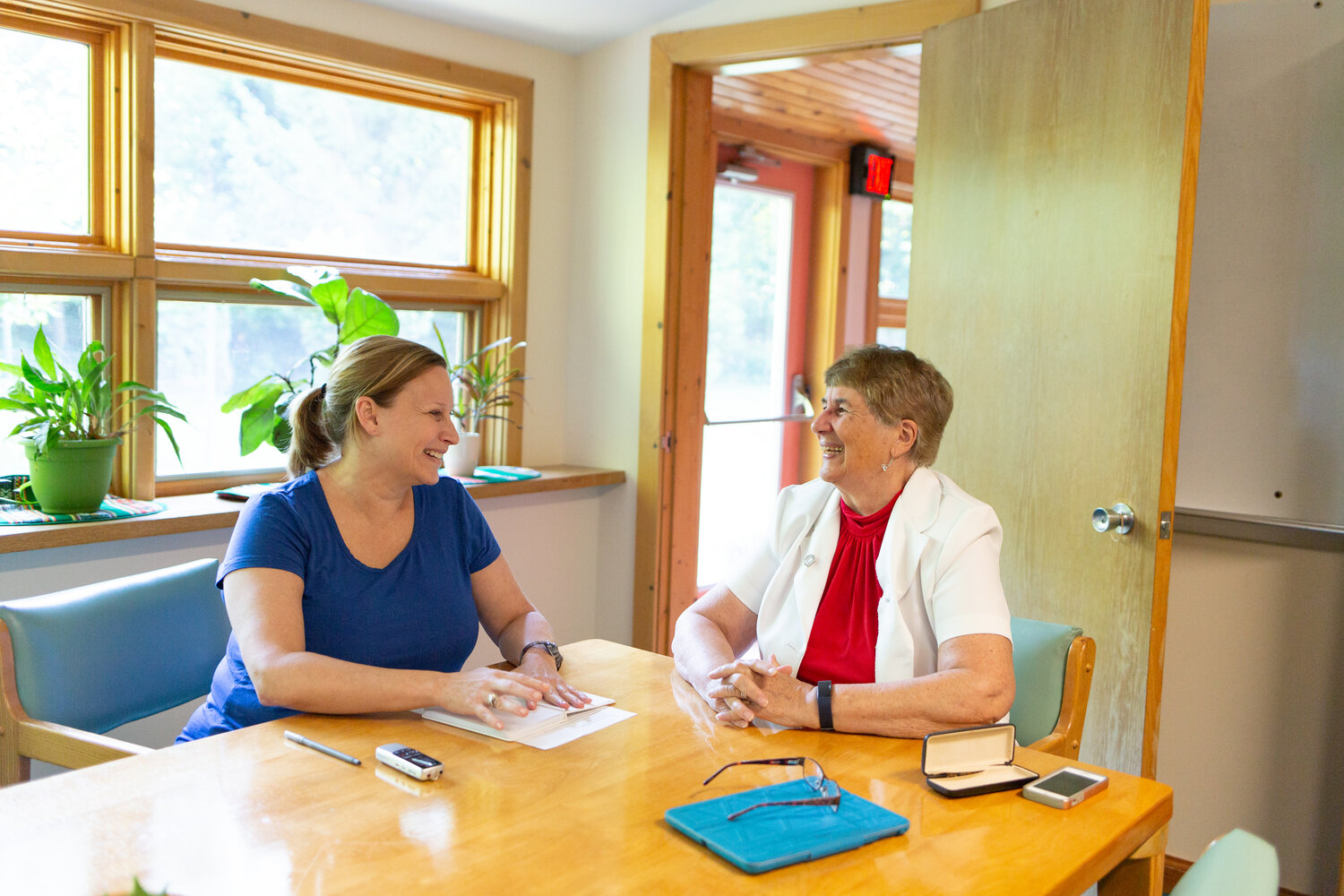 How did you end up in Cincinnati?

I had gone to college here – at Xavier University – and so when I finished my Peace Corps experience, I came back here and met the Sisters of Charity, but then worked at St. Joseph Orphanage where they happened to be so that is how I ended up in Cincinnati.

What led you to EarthConnection and what is their mission?

I realized that one of my greatest interests at the United Nations was in the area of environmental sustainability. I had the opportunity to attend a conference in Bonn, Germany, put on by the U.N. Environment Programme as well as attend the Rio +20 Conference in Rio de Janeiro and to serve on the Committee in the U.N. itself. I knew that we had EarthConnection – Sister Paula Gonzalez had started it quite a number of years ago and she essentially started it as a place to learn to live lightly on Earth. I talked to Sister Paula, and she was really excited about the possibility of doing programs. I looked at some of the things we had been working on at the U.N. and looked at how we might bring those back to EarthConnection. I’ve really tried to do a variety of different kinds of programs to appeal to different audiences.

Once a month we host a movie night called “Movies that Matter,” and for the last four months we have done one called “Sinking Cities” where we looked at the realities of what was happening in London, New York, Tokyo, and Miami and got people engaged in conversation afterward. I also work on the Sustainability Committee at [Mount St. Joseph] where we’re looking at different ways of engaging students in environmental activities and finding a tremendous amount of interest and support in young people.

I also served on the Interfaith Committee at the United Nations, and one of the things that we had done there was have a monthly meeting on spirituality and sustainability. We tried to look at how our spirituality influences our care for creation and we discovered that it was a wonderful way of getting to know each other’s faiths since there was no doctrine involved. I’ve tried to replicate that here at EarthConnection. So far, I’ve had speakers from the Buddhist community, the Hindu community – actually the Hindu monk that I had come for that talk was one of my colleagues at the United Nations and he came from New York and talked about the Hindu connection to the environment, but he was also one of the lead authors on the Hindu document on environmental sustainability. It was wonderful to have him. I’ve had the Zoroastrian community, the Sikh community, and the Catholic community. I am still working on this year to invite the Muslim community, the Jewish community, and a variety of Christian traditions because it is something that we can embrace together. 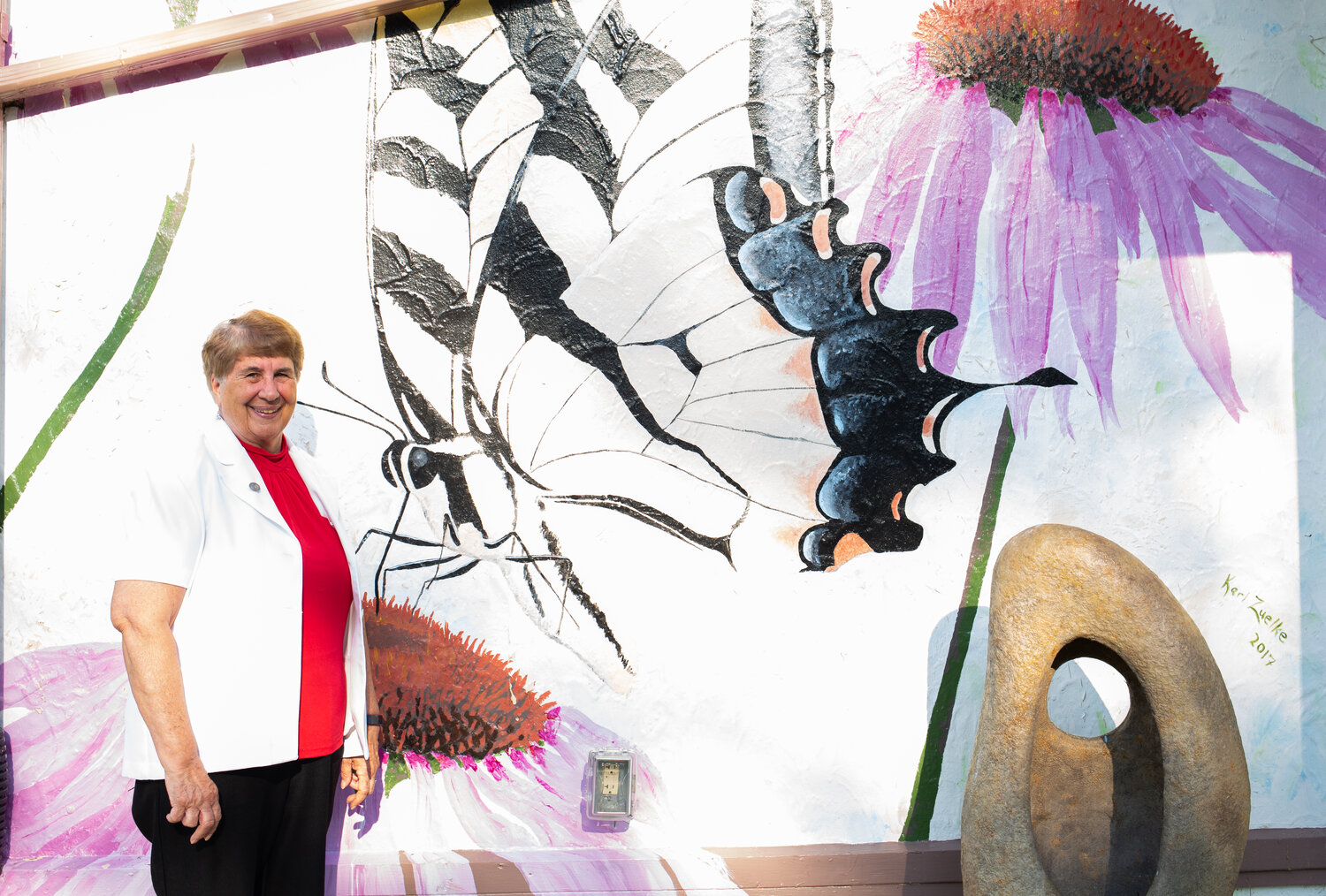 What other local communities and organizations do you engage in your work? You’ve talked about the ones in Ohio, but what about other ones nationally and internationally at EarthConnection?

Internationally, I work with micro-financing partners in Africa, but that takes me to Africa. I work with a number of micro-financing projects there – Kenya, Tanzania, and Uganda. It’s more through the Sisters of Charity than it is with EarthConnection, but that helps me to come back and be able to talk with people about the realities of climate change for people who are suffering far more than we are. For instance, when I was in Tanzania last year, in the Masai territory (for the Masai people, cows are their lives), we were driving along a road and there were six or seven Masai men with a couple of cows. As I watched, one of the cows fell over and died right in front of me, and they just all gathered around and looked because that was their livelihood. The drought was so severe. In India, it was two different things: In the north, there was drought everywhere, but in the south, there was so much flooding. In both cases, you had hundreds of thousands of farmer suicides because they couldn’t feed their families. So these are real issues that are happening out there, and I think it’s important for people here to know about them. I firmly believe that we see from where we stand, so I don’t look at people as being uncaring or unfeeling – they simply don’t know.

You do outreach with children, too, such as the Girl Scouts – can you talk about that?

I have done stuff with the Girl Scouts now at all different age levels. We offer an EarthConnection patch if they come and learn about environmental sustainability even at the 5-year-old level; we have a program for that. What we do is we show them around EarthConnection and show them our geothermal solar energy and what that’s all about. In addition to the patch, what we have Girl Scouts troops coming for now is to earn some badges – we do outdoor art, gardening, and flowers. We’ve developed programs around all of those at different age levels.

And then you have your garden here. Are you involved with that?

Sister Winnie Brubach, the sister with whom I work here at EarthConnection, is the master gardener. We grow about 800 to 1,000 pounds of veggies each year, and the vegetables go to the Good Samaritan TriHealth Free Health Center in Lower Price Hill. One of our sisters who works there is a nutritionist, so she and some of the other people there wash all the veggies, bag them, and give recipes to the people and so they get fresh veggies every week of the summer.

Could you talk a little bit about how the building that EarthConnection is in has used recycled materials?

Sister Paula wanted everything that was used to construct this building be recycled. It began with a four-car garage – that was the original structure that she started with. Then, she decided that it needed to be larger so she asked many builders what the most permanent type of structure was; what would last the longest? They told her timber frame, so the added-on part that has the offices, the resource center, the bathrooms, the kitchen, and everything is all timber frame. There is not a single nail in the entire building. It is all pegs and was assembled elsewhere and brought here like an Amish barn raising. I wasn’t here at the time, but they said only one hole was ⅛ of an inch off. Everything else fit perfectly. That is pretty incredible.

When it came to furnishing the place, they were redoing the dorms at our university across the street, so she took everything they were getting rid of in terms of bookcases, shelves, and tables. The carpeting is made out of 2-liter pop bottles and has held up very well – it’s been here for 20 years. The tiles on the floor were made using recycled glass. The building is also partially powered by both solar and geothermal energy. She was trying to use the building as an experiment because there wasn’t much solar or geothermal in Cincinnati in the early ’90s, but we have solar panels providing some – but not all – of the energy we use for this building.

Please speak to some of the influential female mentors in your life.

Well, certainly Sister Paula Gonzalez. In 1969, when we first began to see pictures of the Earth from the moon, she gave up her professorship over at [Mount St. Joseph] and said, “I need to devote the rest of my life to that,” and until the day she died, she did just that – to really help people understand what a critical juncture we were at in Earth’s history. She was one of the founders of Ohio Interfaith Power and Light. It’s now a very strong organization throughout the state that helps different religious traditions and different faith communities to use more environmentally sustainable methods in their parishes and congregations.

Michele Bachelet, the former president of Chile, was certainly an influence on my time at the U.N. She was the first head of U.N. Women, which is a group of different U.N. women organizations that were all doing different things and combined under one to make a stronger organization, and she was a wonderful first leader for that.

Mary Robinson, who was the former president of Ireland and just recently wrote a book on climate justice – I certainly admire her work as president and later in working with the U.N. and these days on climate justice. I think people are beginning to see the connection between poverty and justice. 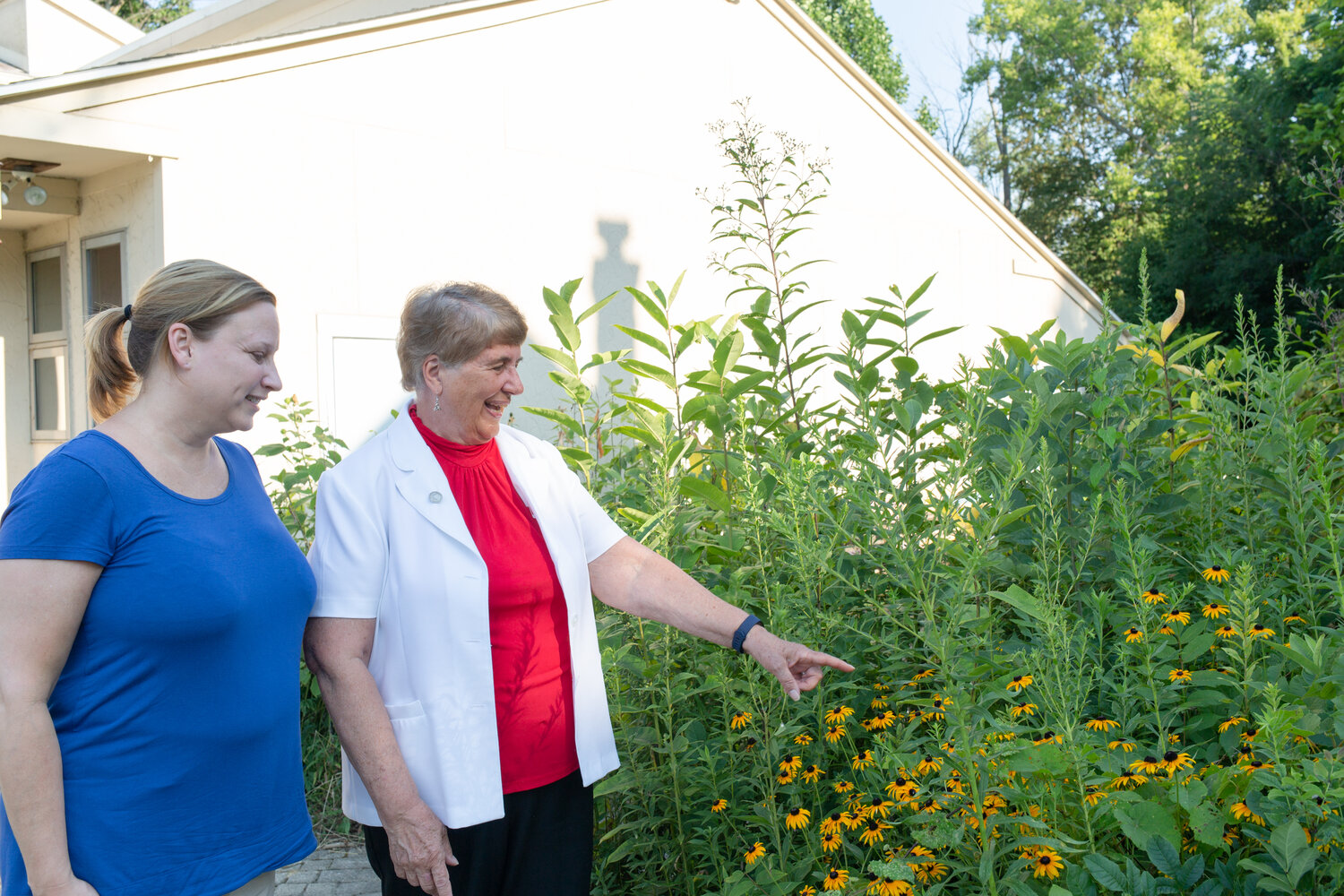 How would you like to make an impact in Cincinnati?

I don’t know that I personally need to make an impact in Cincinnati. I simply want to be able to share the experiences that I have had and help people come to an understanding that we are all responsible for what is happening in the world. We can’t keep blaming somebody else for what is happening. We all have to take a look at our own lifestyle and recognize that the lifestyle of the average American is simply not sustainable. It would take anywhere from three to five planets to support our lifestyle if everyone were to live the way we do.

I would like people to know about the programs that we are doing here at EarthConnection, and that we are available to do programs on their site, as well. If you go to our website it lists a number of different topics that we can speak on. And most of all, that we are all in this together, so it is going to take all of us doing our part to make a more sustainable world.