In these coming 40 days of Lent, we invite you to walk with us and St. Maximilian Kolbe, a Catholic martyr of Auschwitz, the Nazi death camp, as we share his words and reflections.

In this Holy Week we walk with Maximilian Kolbe as he was being transported to Gethsemane, his personal journey to Calvary. As we look around we see a suffering world where injustice appears to triumph. Those in Auschwitz with Maximilian testified that he urged his fellow prisoners to pray for their jailers, to return good for evil. He was beaten, kicked and given impossible tasks. He was ordered to stack human corpses and take them to be burned. At Auschwitz he continued his quiet quest to encourage love and forgiveness behind electrified barbed wire built by prejudice and hatred. Are we ready for any task? Can we welcome the negative? 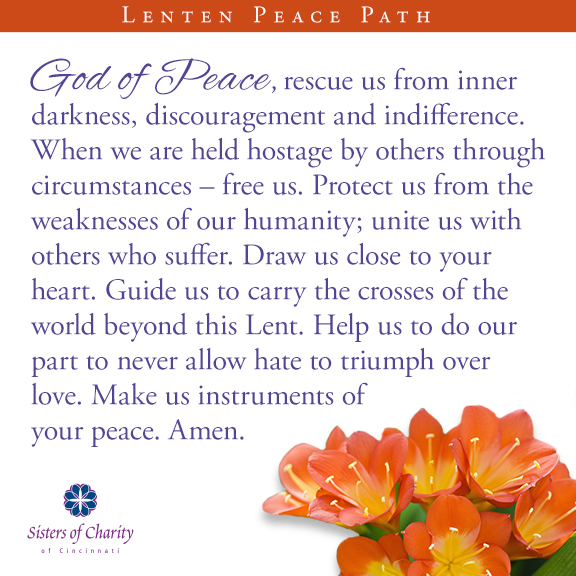 From history we know that the attack on Poland by Hitler’s Nazi regime led Britain and France to declare war on Germany. The current Cardinal of Germany, Cardinal Marx, in the commemorations of the 75th anniversary of the end of World War II, has said that the fact that the German and Polish people are new friends is ‘a miracle of the mercy of God.’ We attest to the fact that the sacraments, the beauty of creation and God’s favor to us bring interior peace and the strength to resist temptations. We look out the window, but we also look inward. We can call ourselves blessed. God’s mercy remains evident and available. 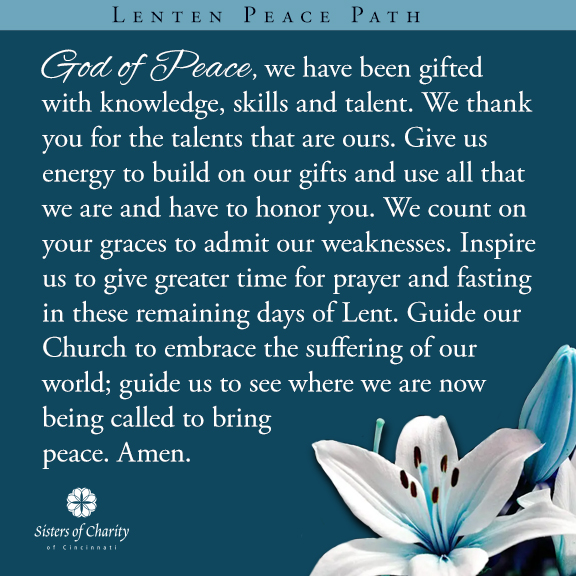 Holocaust survivors are asking that May 8, 2020 be declared a national holiday to mark the end of World War II. Hitler’s Nazis imposed so much death, suffering and destruction on the Polish people. Still tens of thousands of unexploded bombs lie hidden under the earth which could go off at any time. Even though the Nazis suppressed Maximilian Kolbe’s printing and publishing ministry, he would say that love and hope can exist even in the midst of horrific genocide in the camps of Auschwitz. He saw trials as fortifying, not weakening. He would say love is greater than hate. 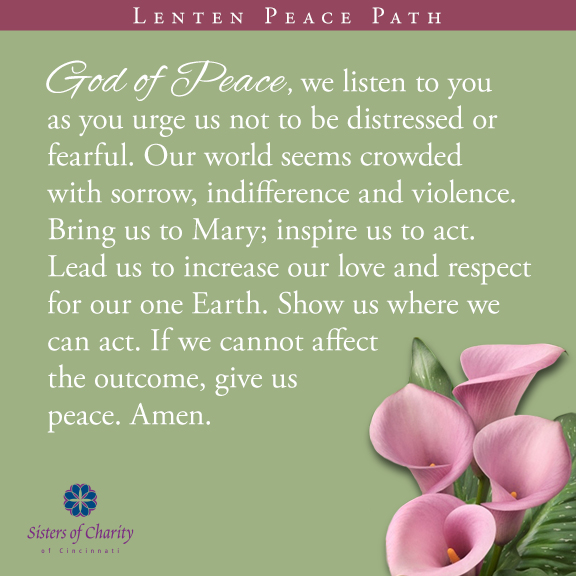 Friar Maximilian would often urge his brother priests to be at peace.  He encouraged all to endure their little crosses and love the souls of all their neighbors without exception. This was at a time when Germany had invaded Poland and had quickly established dominance.  Maximilian had been arrested and  interned in prison, but later released. He opened the friary to both Jews and Christians suffering under Nazi rule.  Today he would encourage us to enlarge our own circle to include someone we have found difficult to welcome, persons we may have ‘written off’. 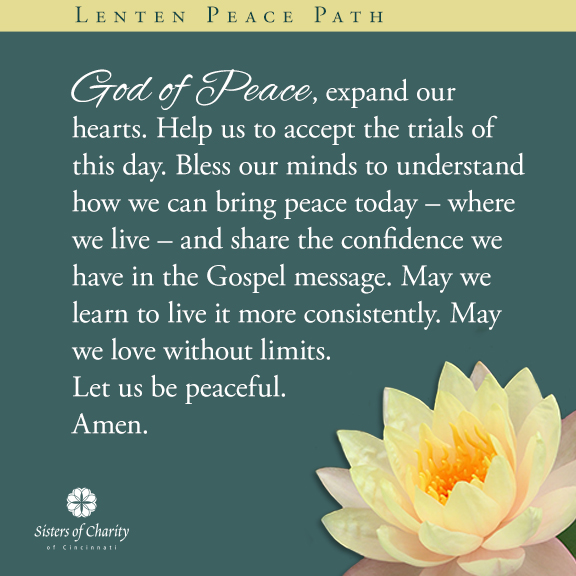 St. Maximilian Kolbe, our guide this Lent, grew up in a normal Polish Catholic home, honoring Mary, the woman of faith he treasured most.  As an adult Maximilian became a writer, publisher, Franciscan priest and eventually a  martyr.  Throughout his life he was infused with enthusiasm for his faith.  He would say that Lent is not the time to “feel” holy, but to act with a generous purpose.  Today’s news headlines undoubtedly announce trouble in a location far from our experience.  Can we carry them with us today? 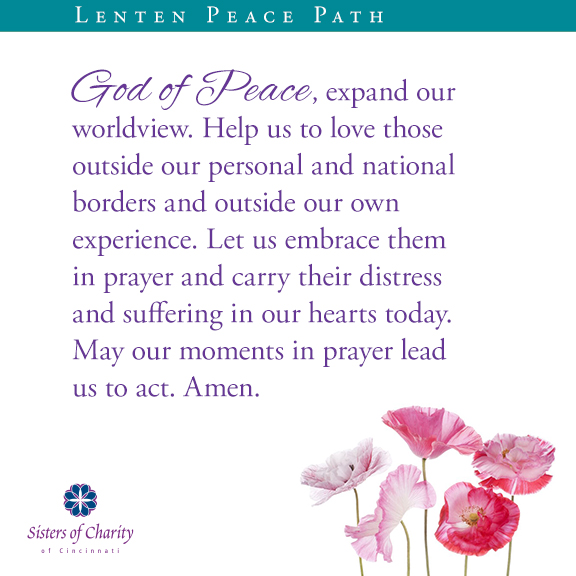 As a Polish Franciscan he voluntarily took the place of ‘one of the 10’ prisoners in the death camps sentenced to die of starvation. This spring the world is marking the 75 years since World War II ended. We can help the world remember the horror of war and do our part to bring peace, to be individuals of peace ourselves. A resource for this series is taken from the work of Carol Ann Morrow, Lent with Maximilian Kolbe, published by Franciscan Media, 2020. Copies of her daily reflections can be purchased through Franciscan Media, www.FranciscanMedia.org. 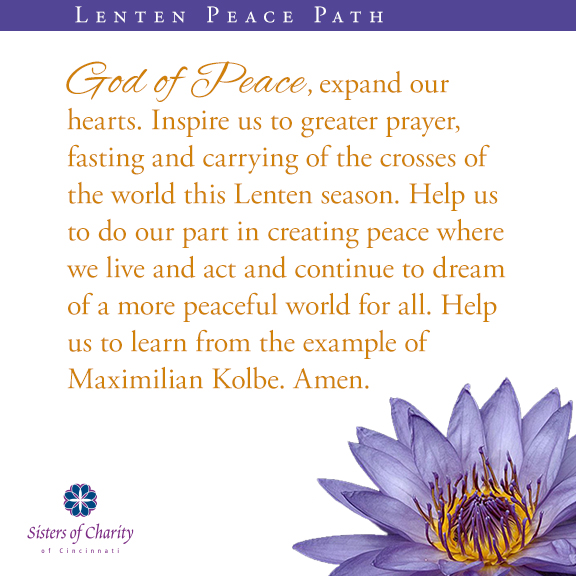 “Rend your hearts, not your garments, and return to the Lord, your God” (Joel 2:13). There is always a part of one’s heart that has not yet been given over to God. When we look within we see that there is still more that needs to be re-joined to God, in whose heart we really belong. 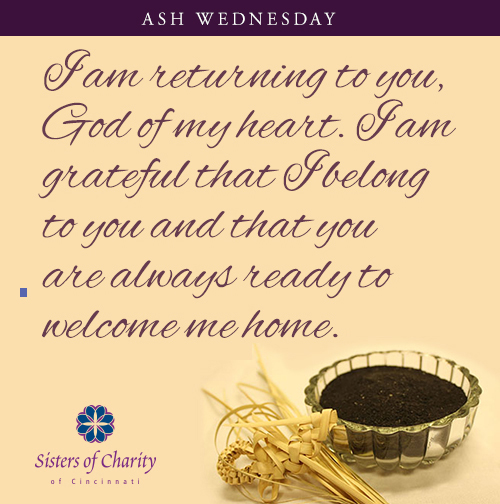