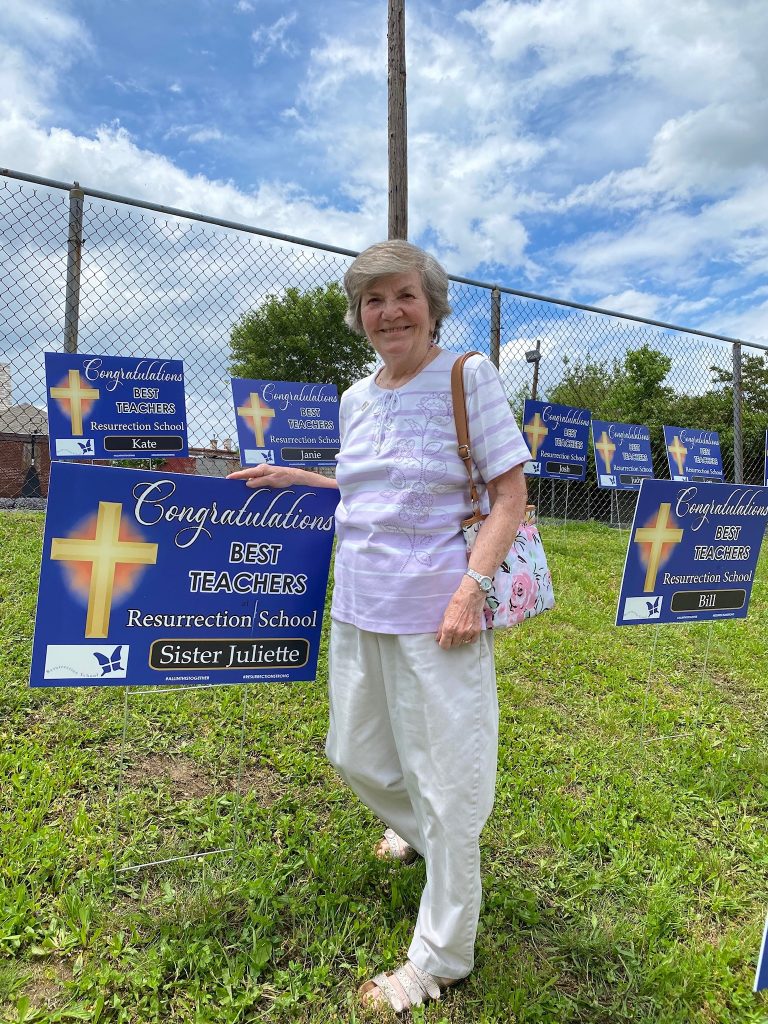 The 2019-2020 school year ended in a most unprecedented way in May. Schools across the country said goodbye to their students virtually with Zoom meetings and scheduled turn-in days for books and assignments. For S. Juliette Sabo, the year’s ending was also the closing of another chapter. Sister retired from Resurrection School in West Price Hill (Cincinnati) this May after having ministered there for more than 20 years.

Juliette taught sixth grade at Resurrection from 1996 until 2013. During part of that time she also taught math in grades seven and eight. After leaving her full-time ministry in 2013, Sister stayed on at the school and volunteered a few days a week, usually in the lower grades, helping either as a substitute teacher or as an aide. Since 2015 she has served Tuesdays and Thursdays in kindergarten providing one-on-one instruction, helping with writing workshops and small group instruction for math. In addition, S. Juliette has assisted with Resurrection’s yearly veterans’ breakfast and kindergarten parents’ dinner.

Resurrection School has a long history of Sisters of Charity service. The Sisters of Charity of Cincinnati ministered at the school for more than 80 of the 100 years it has been open. Following in the steps of her Sisters before her, S. Juliette says she has many fond memories serving there. “In spite of the changing neighborhood, parents are eager to have their children brought up in a good Christian educational atmosphere,” she said. “It’s amazing to me how many people that I meet along the way who have a wonderful connection with our little school.” 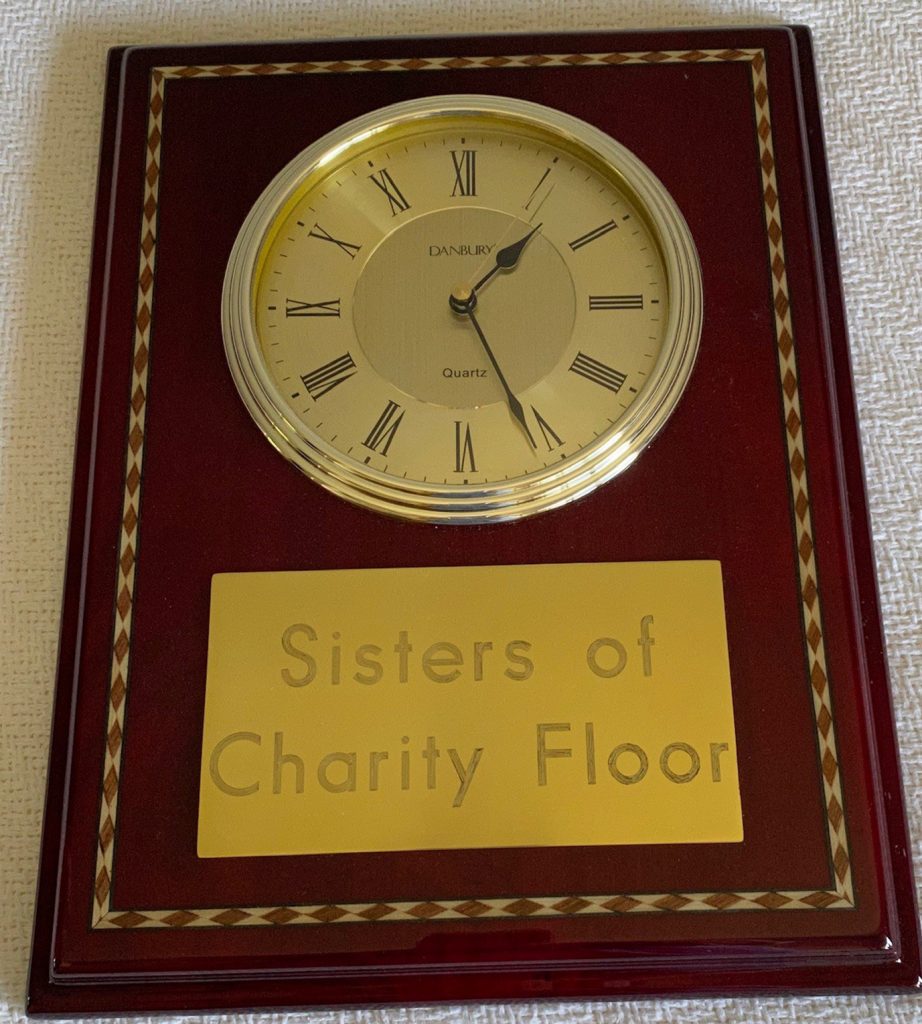 When S. Juliette Sabo retired from full-time ministry at Resurrection School in 2013, she was presented with the pictured plaque that was to be hung in the first floor hall of the school. Following retirement and the school’s new partnership, the plaque now hangs on Sister’s office wall at home.

Not only is this S. Juliette’s last year at Resurrection, but the school is also preparing for significant changes for the 2020-2021 school year. Resurrection School recently entered into a new partnership with the Archdiocese of Cincinnati, the Catholic Inner-City School Education Fund and Seton Education Partners to ensure its continued operation under the new name Romero Academy at Resurrection. As one of the oldest standing parish schools in Cincinnati, this new partnership provides the funding necessary to keep the school open at a time when the changing nature of the parish and school needs indicated closure was inevitable.

Staying true to the school’s mission of providing a Catholic education to the children and families in the area is important to S. Juliette. Before the pandemic caused the school to switch to virtual learning in mid-March, she had enjoyed making special memories with the students. S. Juliette appreciated her time with the kindergarteners, in particular one special activity: “A little kindergartener and I would unobtrusively go to each classroom with holy water and my helper would say ‘God bless you.’ It was a great way to start the day!”

Since this was also the last year that Resurrection would have an eighth-grade class, and because there was only one eighth grader who is Catholic, S. Juliette was asked to walk with Olivia as she prepared for Confirmation which was scheduled to be held with another school at the Cathedral in mid-May. “Olivia was a delight and was so eager to be confirmed,” she said.

As S. Juliette looks to the future, she can certainly keep close to her heart the many families and students she has had the pleasure of walking with through the years. 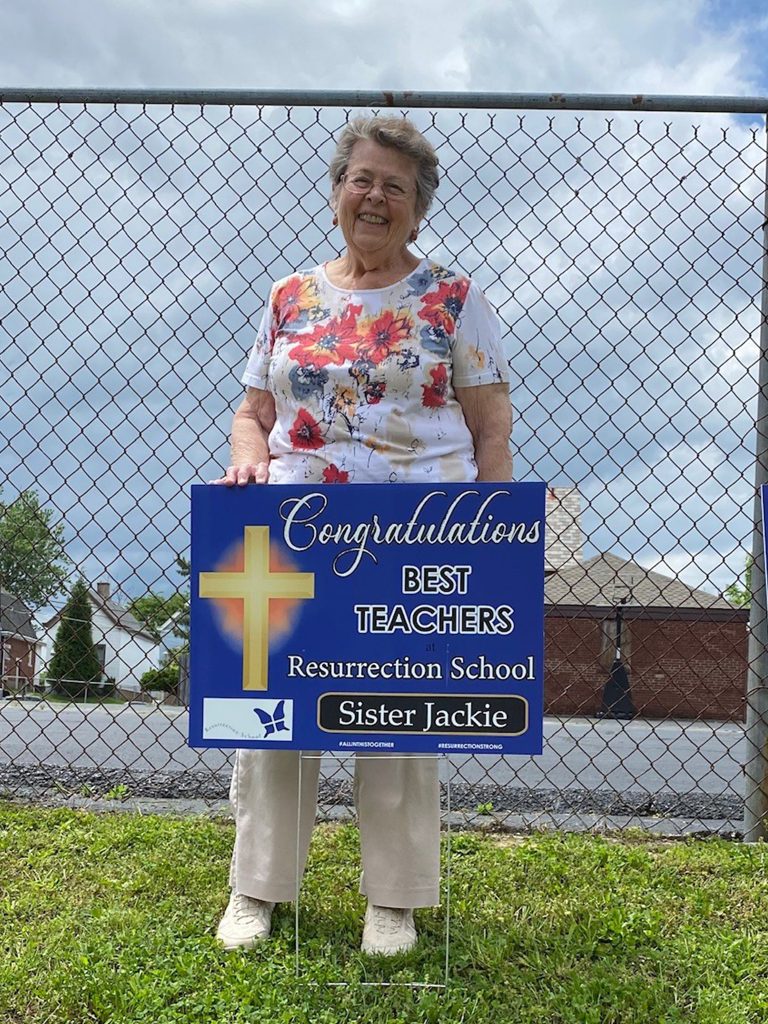 S. Jackie Kowalski volunteered at Resurrection School for eight years (2011-2019) working with children in bereavement groups and was also recognized this year at the school’s end-of-year celebration.