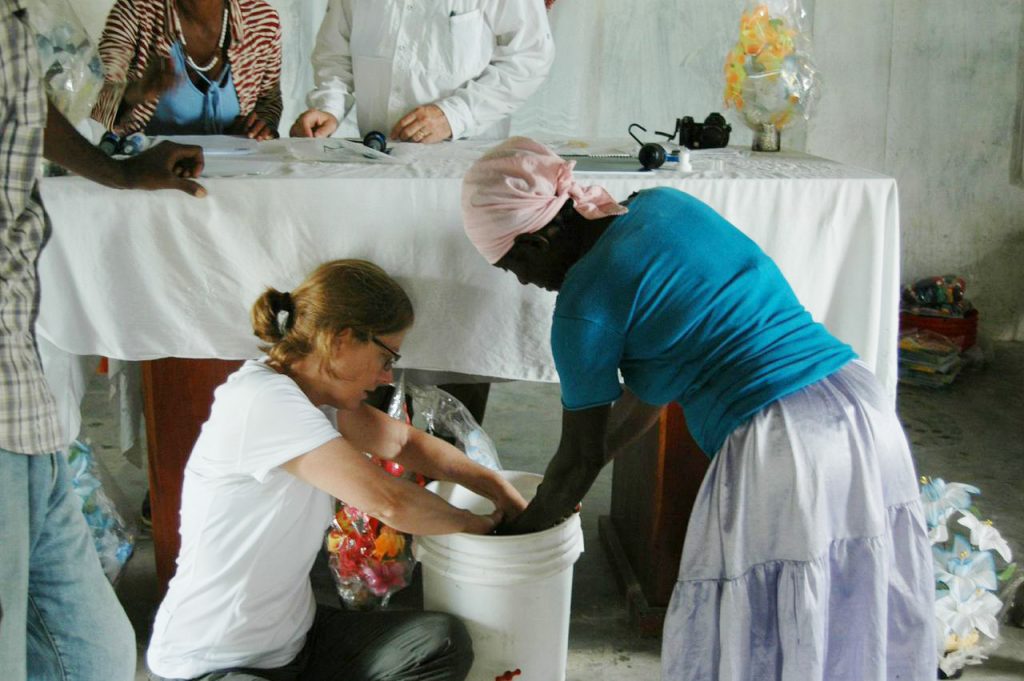 Director of the Office of Peace, Justice and Care of Creation Debbie Weber initiated the Water With Blessings program in Anapra, Mexico in 2013.

Safe water is a fundamental human right. Yet, throughout the world, people of all ages fall ill and die because of contaminated water. The World Health Organization attributes 2 million deaths annually to unsafe water, sanitation and hygiene. Water is available, at a price. But this price is beyond the scope of many who need it. Many of our own Sisters of Charity and Associates have participated in ways to alleviate this injustice since 2013, initially through a program called Water With Blessings. Through this program and others, generous volunteers have trained women throughout the world to learn to manage a simple, in-home filtration system to bring clean, safe water to their villages and their families. It becomes a gift through community.

A changed reality has resulted through the joint efforts of the Sisters of Charity Federation members, Water With Blessings, Water Women and a true spirit of community within the global village. Knowing this power of community, our SC family and friends have generously donated money to sponsor women in developing countries with a water filtration kit (known as a Sawyer filter), training and clean water education. Cincinnati Sisters and Associates have responded to the call; they have carried the cause forward to offer a small, portable, easy-to-use, reliable and inexpensive filtration system to places of no running water, little electricity and few cell towers. 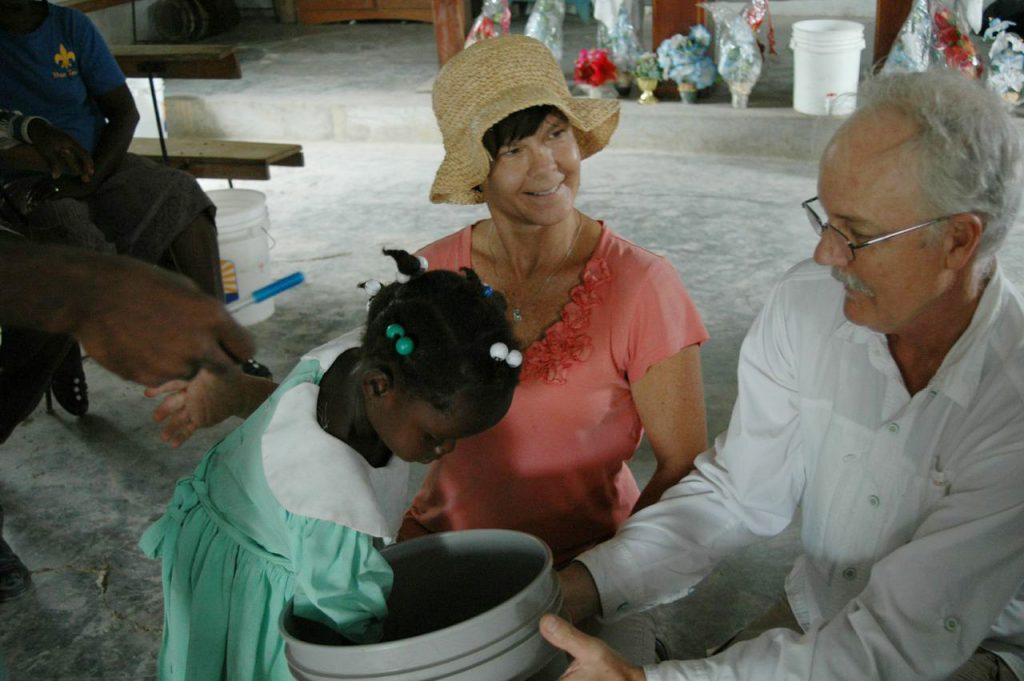 S. Andrea Koverman was part of a group in 2014 providing three WWB trainings to rural Haiti.

Who are these women among us and where has the promise of less contaminated water traveled? It began with the initiative of Associate Debbie Weber, director of the SC Office of Peace, Justice and Care for Creation (OPJCC), going to Anapra, Mexico in 2013. She and the late S. Janet Gildea trained mothers of the children they serve at Santa Niño. In 2014 S. Andrea Koverman, Steve Schmitt, an Associate of the Sisters of Charity of Nazareth, and Debbie provided three trainings, taking kits to rural Haiti (Zabriko) to serve the families of subsistent farmers. The SC Congregation also provided monetary assistance to the Sisters of Charity of Nazareth for villages in Belize that year. In 2016 S. Janet offered training in Ecuador as part of another Federation collaboration while S. Caroljean (Cj) Willie brought the filters to St. Lucia. S. Andrea Koverman took kits and training to persons in Palestine and Jordan while S. Victoria Anyanwu took them to her home country of Nigeria.

Our OPJCC office has also provided monetary support to Water With Blessings and other outreach and resource groups as new clean water needs became apparent: 2015 when Nepal suffered an earthquake; 2015 as the Philippines faced massive landslides; 2016 in Guatemala assisting a U.S. Catholic Mission Association collaboration with rural schools; 2017 when hurricanes Harvey, Irma and Maria ravaged the U.S. southern coast and Puerto Rico; and now 2020 as the COVID-19 virus spread to many on the Navajo Reservation in the American Southwest.

See what good is resulting from the donations among us? We are participating in a ministry model that draws forth women and builds community. In turn, access to safe water improves health and the overall economy of each individual village. Strengthening of community strengthens all else. 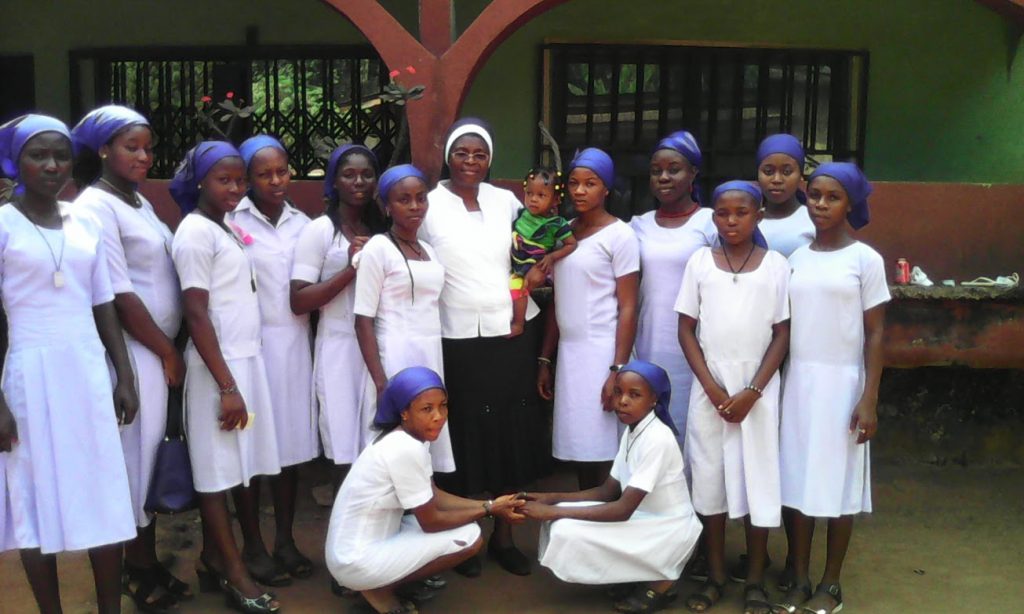 S. Victoria Anyanwu brought the inexpensive filtration system to her village in Nigeria in 2016. 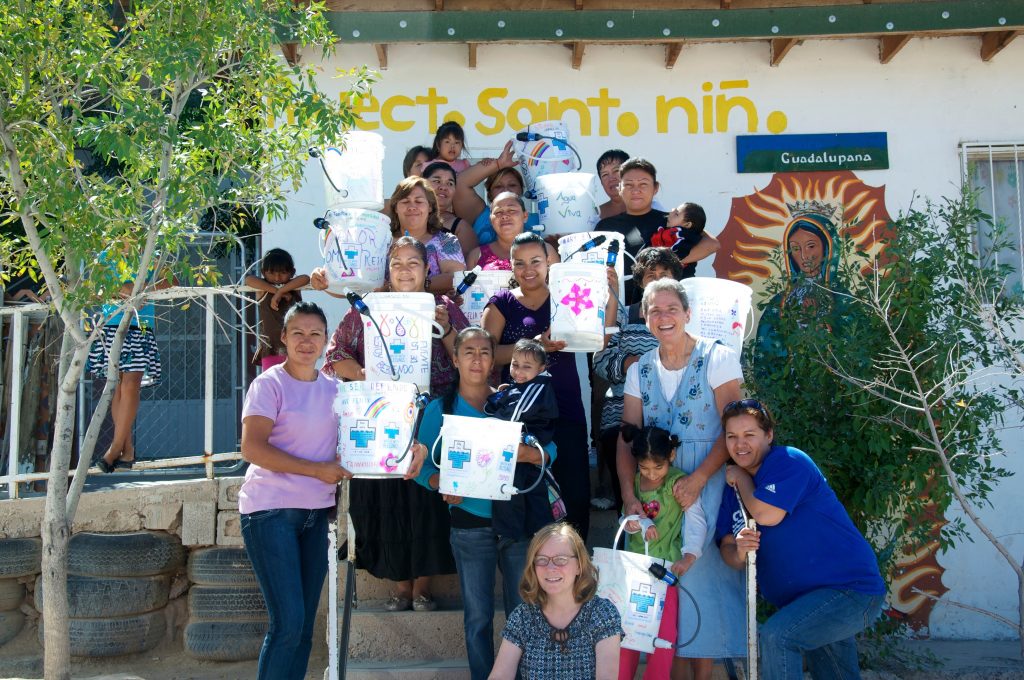 OPJCC Director Debbie Weber and the late S. Janet Gildea brought the Water With Blessings program to the mothers at Santa Niño in Anapra, Mexico.