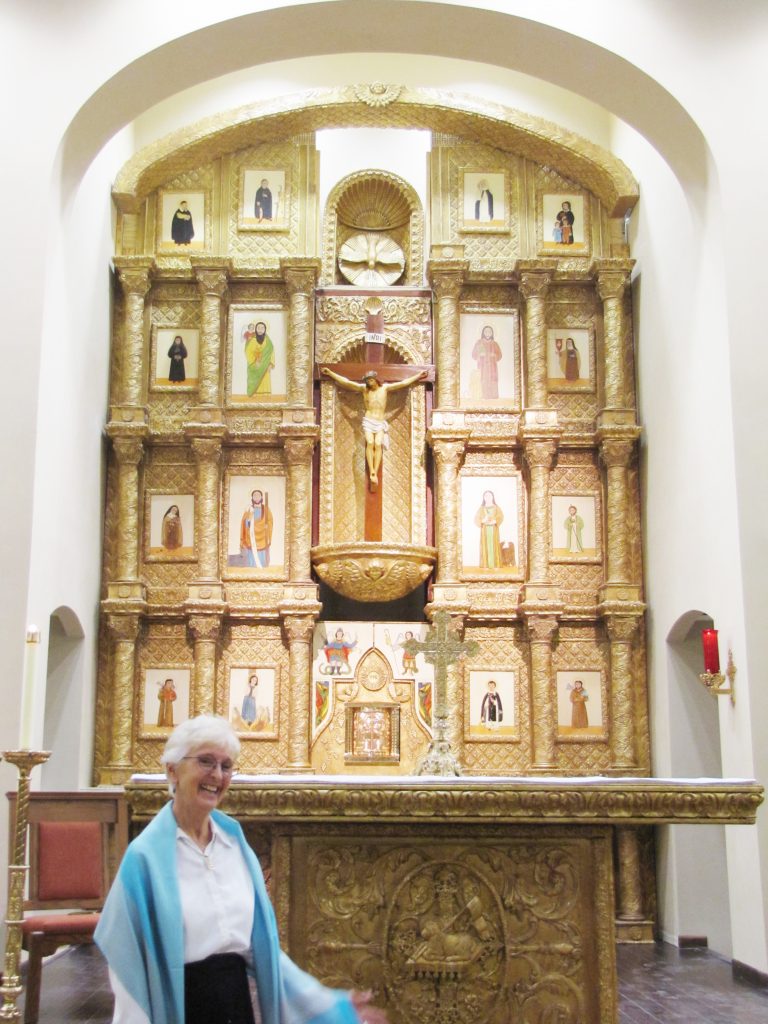 “Religious art has always lifted humankind to a higher level of spirituality. I hope that the work I have done… fills people’s souls with God’s essence more deeply.” – S. Roberta Westrick

As she settles into retirement in Michigan, S. Roberta Westrick reflects on a form of art that captured her soul. “The saints were the driving force. They told me what I needed to do,” she says of this labor of love that brought her to learn and to create santos (painted and carved images of Catholic saints).

The journey began when S. Roberta was serving as pastoral associate more than 25 years ago at St. Patrick parish in Colorado Springs, Colorado. She was gifted with two santos and a book on the 400-year-old art form which the Spanish Franciscan missionaries brought to the American Southwest. She learned that the local residents began to adapt the art and started their own similar art form. Inspired, S. Roberta borrowed poster paints from the late S. Barbara Huber, found scrap pieces of flat board and started dabbling in the medium; the rest is history!

In 2000, as pastoral associate at St. Mary Cathedral in Colorado Springs, the church and grounds were undergoing remodeling. For the outdoor walkway, discussion looked at ways to incorporate the parishes of the diocese into the space surrounding the Cathedral. S. Roberta began thinking, ‘Couldn’t these santos (term means holy image) be used to bring all the saints of the diocese into the courtyard?’ The parish council agreed and commissioned S. Roberta to carry out the project.

Soon, it seemed, just the right persons entered her life, bringing their gifts with them. Dixie from Colorado College was an art instructor working with clay glazes; Skip, a parish member, worked in design frames. Both were eager to offer their assistance. In less than two years the project was complete – 48 santos, 9” x 11”, representing each of the parishes of the diocese, were ready to be displayed in the outdoor courtyard. Each had been drawn on the tiles, true to the characteristics of the saint, per the specifications of the art form; and each was painted three times and fired three times with gold added as the last detail before being varnished to withstand the Colorado weather. The dedication of Plaza de los Santos took place in 2004.

Looking back S. Roberta acknowledges that she has painted more than 350 santos for home devotional use, juried art shows and churches. In 2010 she completed 18 santos painted on wood for the reredos behind the altar of the newly formed parish St. Pius X in Weslaco, Texas. “What began as a hobby turned me into an artist and led me into the world of art shows, galleries and awards,” she said. “I even have one santos in the Dayton library’s permanent collection of santos at Regis University in Denver.”

For the 150th anniversary of the SC congregation, S. Roberta created a santos of Mother Margaret George which was featured as the central icon in a vesper service, honoring the first leader of the Sisters of Charity of Cincinnati. She has made one of St. Elizabeth Seton as well.

Roberta would say, “Throughout the years I was the reluctant artist, singled out by these holy souls; they are the ones, the saints, who chose me to do the work. It took me to places I never expected to go, bringing beauty, joy and delight into my own life, to those around me and sometimes into a cold and harsh world.” 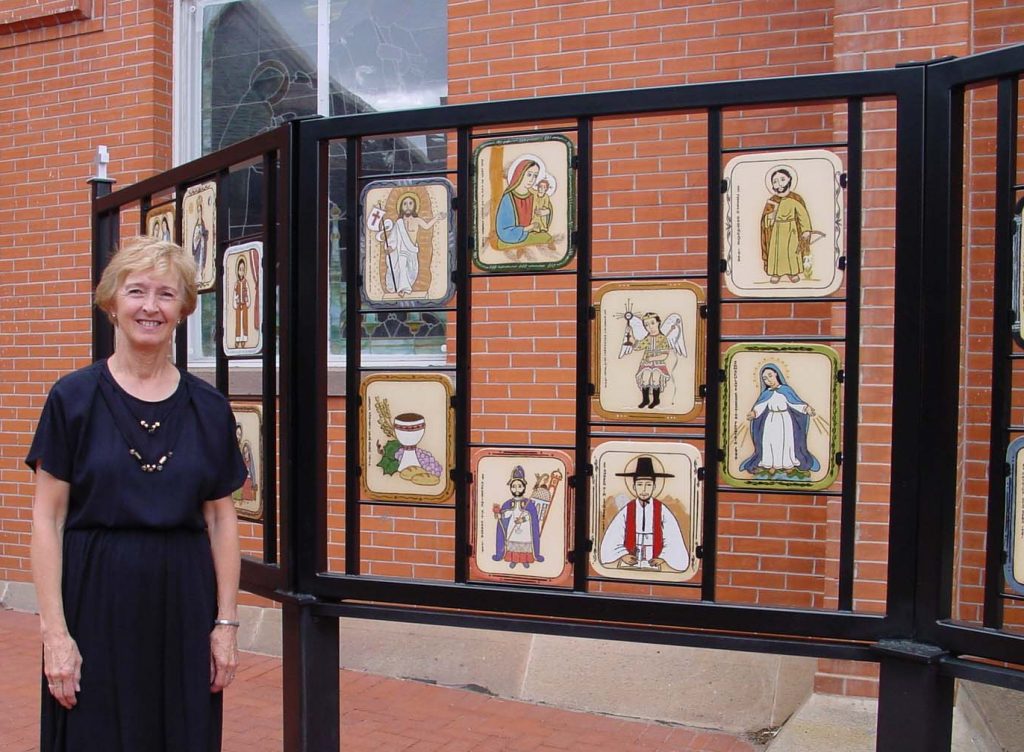 In 2000, S. Roberta Westrick was commissioned to create santos for each parish in the Colorado Springs diocese. Four years later, Plaza de los Santos was dedicated at St. Mary Cathedral in Colorado Springs; the 48 santos, holy images of saints in a Latino style, depict the patron saints of all the parishes.