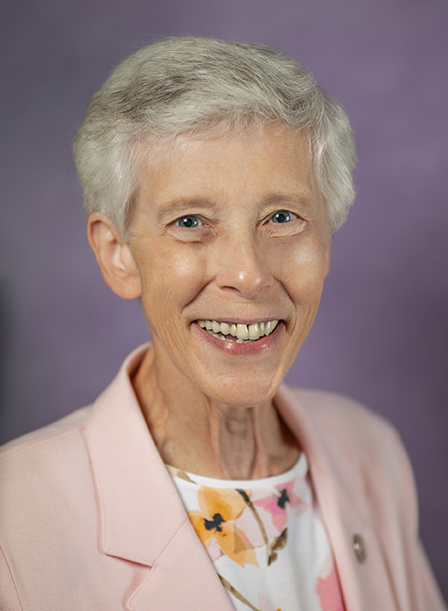 “The Vincentian Sisters of Charity, who taught me in grade school at St. John the Baptist in Akron, Ohio, witnessed joy and a true care for others,” Sister of Charity of Cincinnati Regina Kusnir said as she reflected on 60 years of religious life. “They engaged us in meaningful activities, like caring for the sacristy when they went to the Motherhouse for the summer and caring for the children who were poor.  They were real women of charity.”

Sister Regina entered the Vincentian Sisters of Charity in Bedford, Ohio, after completing eighth grade. In 1971 she received a bachelor’s degree in education from St. John College in Cleveland, Ohio. From 1968 until 1972 Sister ministered at Holy Family in Parma, Ohio, first teaching second grade, then fifth grade and finally junior high school religion. She was the religion coordinator at St. Mary’s in Bedford before completing her master’s degree in education with a major in religious education from St. John College. Sister spent the next five years as director of religious education at St. Mary’s. After the parish lost an associate, Sister became pastoral minister while also served on the vocation and formation team.

From 1983 until 1987, Sister Regina was elected to her Community’s leadership, which she said expanded her horizons and honed new skills.

“When Lumen Cordium High School closed in 1987, and I was asked to work with Sister Helen Therese Scasny in converting the facility into another ministry, I learned much,” Sister said. “Today Light of Hearts Villa is an independent and assisted living facility that also offers memory care and respite stays. The Villa is part of the Sisters of Charity Health System and shines as a venture begun with much trust in God’s direction to serve a population unserved at the time.”

Further pastoral ministry experience afforded Sister the opportunity to work with a myriad of people and parish groups, often leading adult education and initiating new ministries. The invitation to become part of the diocesan Seven Habits of Highly Effective People Team expanded her horizons and allowed her to work with other church facilitators in a number of dioceses.

Leadership again beckoned Sister Regina to serve the Vincentian congregation from 1999 until 2004. Sister said these years were among the most challenging and gifted years of her life.

“There was great reliance upon Divine Providence and the goodness of our Sisters as we journeyed faithfully from being an independent congregation to merging with the Sisters of Charity of Cincinnati,” she said. “The public witness of our merger was a joyful and graced moment.”

Currently Sister Regina ministers at Light of Hearts Villa as the Director of Pastoral and Special Ministries. “The richness of the lives of our residents is a precious gift,” Sister said. “The scripture and spirituality programs I am privileged to offer to residents and seniors in the wider community gift me as together we marvel at God’s marvelous deeds in our lives.”

Sister also coordinates the Villa’s Seton Safety Net for Seniors – a local food closet servicing seniors experiencing a food shortfall. She enjoys nature, walking, reading and poetry, which she has written since high school and someday hopes to publish.