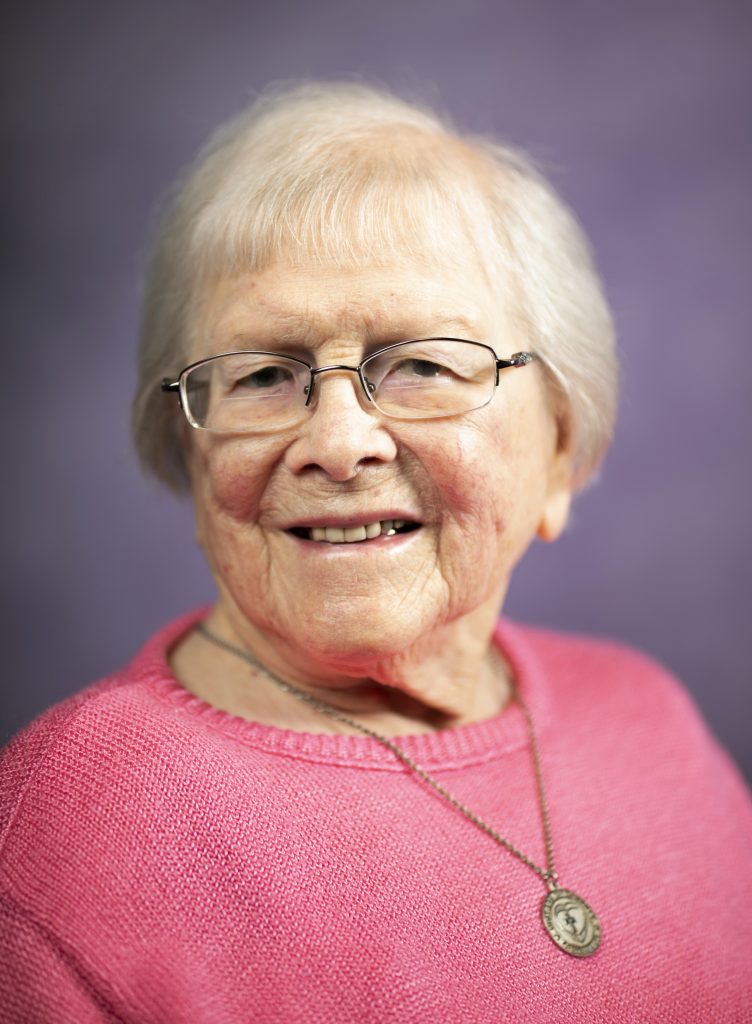 Bernadette Marie Shumate died July 23, 2020, at the age of 97 in Mother Margaret Hall. S. Bernadette Marie was born Mary Margaret Shumate on Feb. 28, 1923 to Theodore and Alma (Perry) Shumate in Cincinnati, Ohio. She was the oldest of seven children. She was a Sister of Charity for 76 years.

Bernadette Marie grew up in Cincinnati, attended St. Gabriel elementary school and graduated from St. Gabriel High School in 1942 where she was taught by the Sisters of Charity. After high school she attended comptometer school and worked in the payroll department of the Tennessee Corporation in Evendale, Ohio. She chose to enter the Sisters of Charity in February 1944. For her, the Sisters exemplified values she cherished – love, happiness, peace and service to others.

Bernadette Marie earned a Bachelor of Science degree in education from the College of Mount St. Joseph in 1956 and a Master of Education degree in special education from Gallaudet College, Washington D.C., in 1967.

Bernadette Marie’s active ministries span more than 50 years in education with the hearing impaired as teacher, resident advisor, coach, and companion. She began teaching preschool at St. Rita School for the Deaf in 1945 and then moved to teaching primary grades in 1951. For many years she was privileged to provide religious education, preparing the children for their First Holy Communion, and teaching religion to students in grades one through six. In 1971 S. Bernadette Marie became the resident advisor for the boarding students and remained active in their lives until retiring from St. Rita in 1995. She witnessed many changes in deaf education over her lifetime and was thrilled to see the improvements made; she witnessed how the use of technology opened a whole new world of opportunities for the students. In 1989 S. Bernadette Marie was inducted into St. Rita’s Sports Hall of Fame for her work with student athletics. She was a member of the Conference of Executives of American Schools for the Deaf

In looking back on her call to become a Sister of Charity, S. Bernadette Marie would say, “I am deeply indebted to the Sisters who have journeyed with me through these years. I have become the person I am because of their love, support and encouragement. Their presence has challenged me and called me forth.”

Bernadette Marie moved from St. Rita’s to the Motherhouse in 1997. In her retirement years she remained active, volunteering as a receptionist at the Motherhouse Front Desk, visiting and praying with Sisters living in Mother Margaret Hall, and volunteering in pastoral services. She also took Communion to residents of Mother Margaret Hall, a ministry she loved. She enjoyed listening to music and walking.