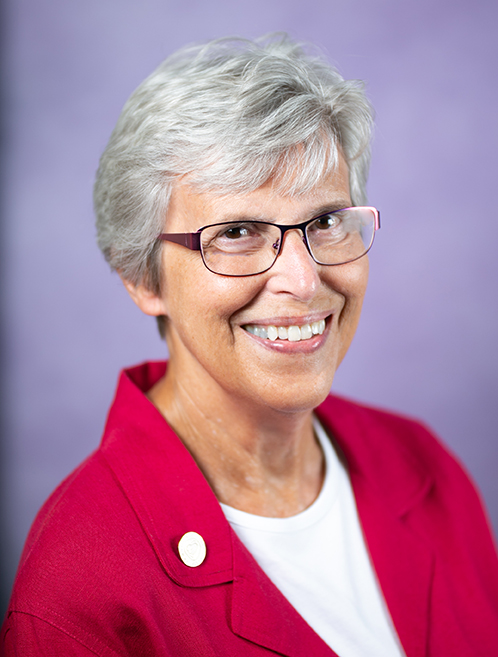 “I have enjoyed a blessed life: rich, challenging and rewarding,” Sister of Charity of Cincinnati Joan Elizabeth Cook said as she reflected on 60 years as a woman religious.

Born in Washington, D.C., Sister Joan Elizabeth grew up in Kensington, Maryland, attending Holy Redeemer School. “The Sisters who taught me were happy women who loved God, one another and us students; and they were excellent teachers. Their example, and their interest in me, convinced me I wanted to be one of them,” she said.

Sister went on to earn a master’s degree from Middlebury College in Middlebury, Vermont; a master’s in theology from Xavier University in Cincinnati; and a doctorate in religion from Vanderbilt University in Nashville, Tennessee.

Sister Joan Elizabeth transitioned to higher education in 1989, ministering as assistant professor of theology at St. Bonaventure University in St. Bonaventure, New York, until 1997, associate professor of sacred scripture at the Washington Theological Union in Washington, D.C. from 1997 until 2005, and professorial lecturer at Georgetown University 2006-2011.

She has published numerous scholarly works, including Hannah’s Desire, God’s Design: Early Interpretations of the Story of Hannah; Hear O Heavens and Listen O Earth: An Introduction to the Prophets, for which she received a first-place award from the Catholic Press Association for “Best Book in Scripture;” and the Genesis volume in the New Collegeville Bible Commentary. Sister Joan Elizabeth served as Old Testament book review editor for the Catholic Biblical Quarterly, and is the 2005 recipient of the College of Mount St. Joseph’s St. Elizabeth Seton Medal for exceptional contributions in theology.

In spring 2009, Sister Joan Elizabeth was the Catholic Biblical Association visiting professor at the Pontifical Biblical Institute in Rome – one of the highlights of her professional life. “It was a humbling and gratifying experience to contribute to the preparation of the next generation of world-wide biblical scholars,” she said.