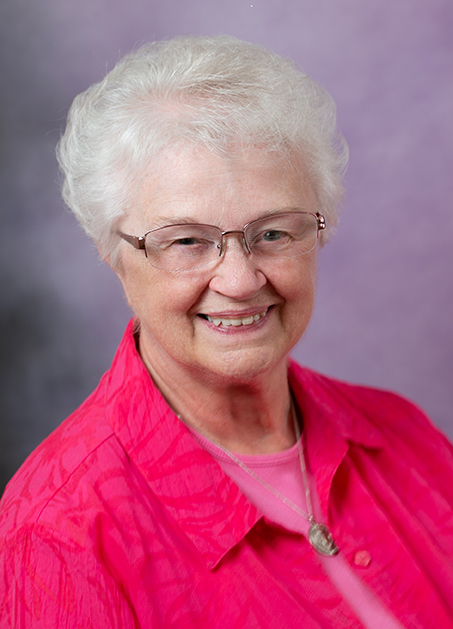 A native of Cincinnati, Ohio, Sister of Charity of Cincinnati Mary Jo Gasdorf attended St. William School and Seton High School. “When I was a senior at Seton, I made the decision to enter the convent,” she explained. “My family wasn’t happy because they wanted me to go to college first, but I persisted.” Sixty years later, Sister Mary Jo is celebrating her life as a Sister of Charity.

Sister Mary Jo received a bachelor’s degree in education from the College of Mount St. Joseph (Cincinnati) and began teaching at St. Mary in Marion, Ohio, first as an intermediate teacher and then as a junior high school teacher from 1964 until 1969. She also taught junior high students at Holy Redeemer in Kensington, Maryland (1969-’70) and St. Albert in Kettering, Ohio (1970-’76). During these years she attended summer classes at St. Meinrad Seminary in Indiana and earned a master’s degree in religious studies.

In 1976 Sister was elected provincial of the Congregation’s Dayton Province. While on sabbatical in 1983 Sister attended The Institute for Spiritual Leadership at Loyola University in Chicago. She went on to earn her master’s degree in spirituality from Loyola University.

In 1985 Sister became rector of the graduate residence for women at the University of Notre Dame in Indiana. She then returned to Cincinnati and was appointed novice director for the congregation. One year later, in 1987, she was elected the first vice president of the order.

After serving for 20 years in various leadership roles for the congregation, Sister responded to a Chapter directive to focus on the needs of women and children. She conducted a needs assessment in the Price Hill (Cincinnati) area. Sister discovered the need for a neighborhood center to advocate for and refer women to services they didn’t know were available in the city. With a grant from SC Ministry Foundation, she conducted much research and recruited a task force to study the feasibility of establishing a holistic center which would initiate programs to meet the needs of residents in the area. The center would be a place offering hope to women and children. In May 1997 The Women’s Connection opened its doors with the intent of connecting women and families to community resources, providing educational and personal growth programs specific to the needs of the community, and initiating and promoting collaborative events and services within the community.

In 2005 Sister Mary Jo was named Woman of the Year by the Cincinnati Enquirer; the award honored Sister and nine others for their work in the community, vision and passion for helping others. She was the executive director of The Women’s Connection for 15 years. During that time she served on numerous boards, including Seton High School, Seton Family Center, Price Hill Will, the Corporation Board for Sponsored Ministries and several hospital boards. Sister was co-chair of the Violence Against Women National Conference held at Seton High School

Sister retired from The Women’s Connection in 2012 and continued to volunteer with many nonprofit organizations. In 2016 she moved to the Sisters of Charity Motherhouse where she oversees the SC Gift Shop.

“My retirement years have been wonderful,” she said. “I have had more time to pray, read, exercise and just enjoy life.” At Sister’s 50th jubilee she announced that she was the luckiest woman in the world! She continues to proclaim that today and thanks everyone for being a part of her wonderful life.