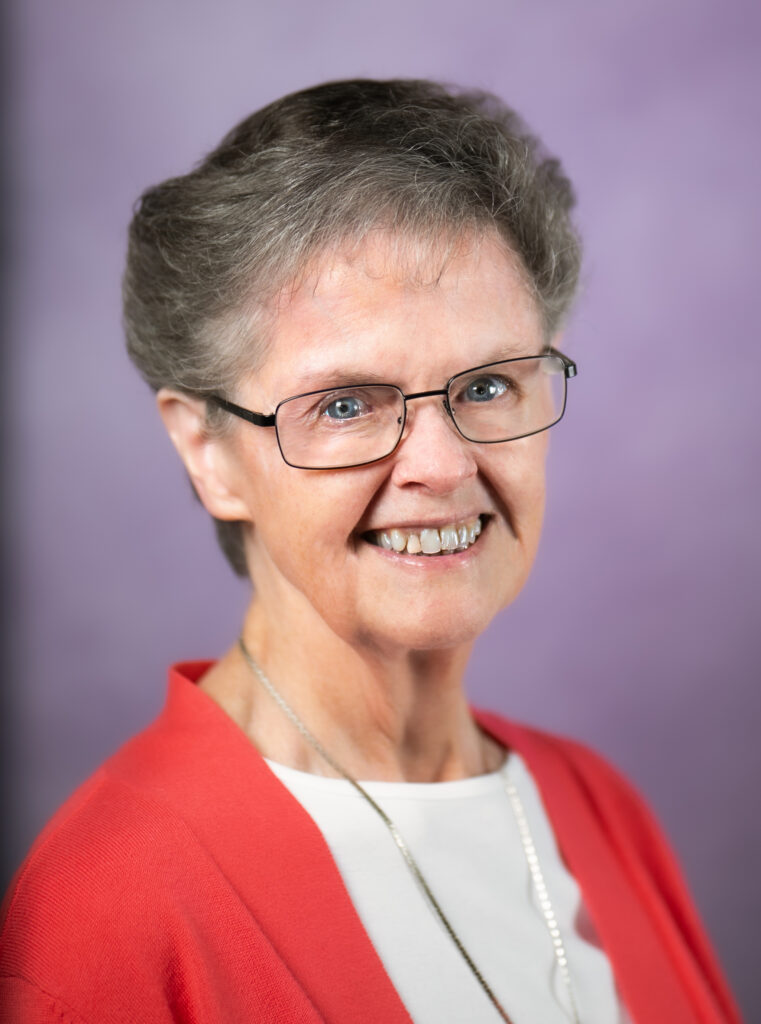 Born in Detroit, Michigan, and educated by the Sisters of Charity at Guardian Angels, Sister of Charity of Cincinnati Mary Marcel DeJonckheere was influenced by her teachers to enter the Congregation she came to know well.

“With seven siblings, our home was always filled with fun and laughter. Although the call to religious life grew as I got older, I first felt the call around the age of 7. Every day I witnessed the SCs having fun with each other and with us. I knew I would like ministering with them.”

Sister Marcel entered the Sisters of Charity on Sept. 8, 1960, earning a bachelor’s degree in nutrition from the College of Mount St. Joseph (Cincinnati) in 1965. She then studied at Michigan State University in East Lansing, receiving a master’s degree in administration in 1968. Sister Marcel was first missioned to St. Vincent Hospital in Santa Fe, New Mexico, that same year. There she ministered as an administrative dietitian, and found it to be an amazing experience.

Sister returned to Cincinnati in 1972 to serve as professor of dietetics at the College of Mount St. Joseph for the next four years. She was the director of affiliates at the Motherhouse for five years before beginning teaching at St. Dominic in Cincinnati, first as a primary teacher and then as an intermediate teacher. Most noticeable about that experience, she says, was the involvement and support of the students’ families. Sister Marcel admits to sitting in her classroom on days off and wishing the children were there!

In 1997, she began teaching at Holy Family School in Cincinnati. Sister hoped her students would love to learn and appreciate their God-given gifts. She enjoyed finding unique projects for them. One project involved her brother, John, a quadriplegic veteran in Michigan. On the first day of school, he sent each student $10 to “bring some light” into someone’s life. Students were then asked to write to John about how they used the money and what the experience was like for them.

In 2016, Sister began volunteering in the admissions office at DePaul Cristo Rey High School. She has also worked against human trafficking on the streets of Cincinnati. In reflection she says, “Looking back on these 60 years, I feel so blessed to be among the Sisters of Charity who ‘dare to risk a caring response.’”