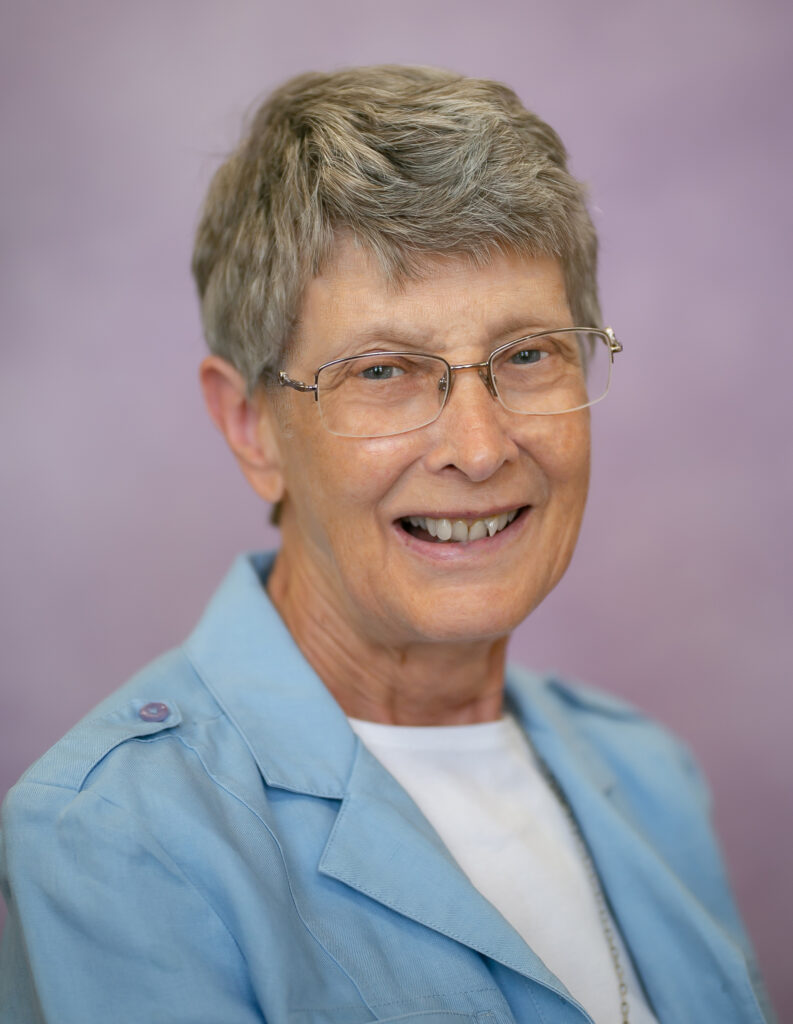 “I have been blessed in many ways during these 60 years as a Sister of Charity of Cincinnati,” Sister Margaret (Peggy) Rein said on the occasion of her diamond jubilee.

A native of Milford, Ohio, Sister Peggy attended St. Andrew School and said living next door to the convent afforded her the opportunity to get to know the Sisters of Charity well. When she felt God’s call in September 1960, Sister entered the Community.

Sister Peggy received a bachelor’s degree in education from the College of Mount St. Joseph (Cincinnati) in 1965 and has spent 56 of her 60 years as a Sister of Charity as an intermediate school teacher.

“It is a great joy to watch these youngsters ‘catch on’ to something, get excited about a science experiment or make others happy,” Sister Peggy said.

During her summers Sister Peggy has experienced a number of volunteer ministries. She taught in a migrant school and visited migrant worker camps in Darke County, Ohio, preparing her for a summer program teaching on a garbage dump in Tijuana, Mexico; she volunteered at both El Pomar Retreat Center and St. Elizabeth Retirement Residence in Colorado Springs, Colorado, which allowed for her to become better acquainted with the Sisters of Charity living in the west; and most recently, Sister has volunteered at Mother Margaret Hall nursing facility at the Sisters of Charity of Cincinnati Mount St. Joseph Motherhouse.

“One of the blessings of my 60 years as a Sister of Charity is living in different local communities,” Sister Peggy said. “Each mission has enriched my life and has provided me with unique experiences. One community stretched me to care for the poor; another deepened my concern for each Sister on the mission; faith sharing was a gift of another; walking with someone who was dying prepared me for my work in Mother Margaret Hall; and sharing my gifts with my Sisters and appreciating their talents make this local community a happy home.”

Since 1991 Sister Peggy has been teaching at Holy Family School in Cincinnati. She currently serves as a math teacher of small groups of students in grades three through six. She also teaches kindergarten religion, which she calls ‘pure joy.’

As she reflects on her years in the Community, Sister Peggy says, “God has walked with me for 60 years as a Sister of Charity for which I am most grateful. I know that God’s love and care will surround me in the days to come.”