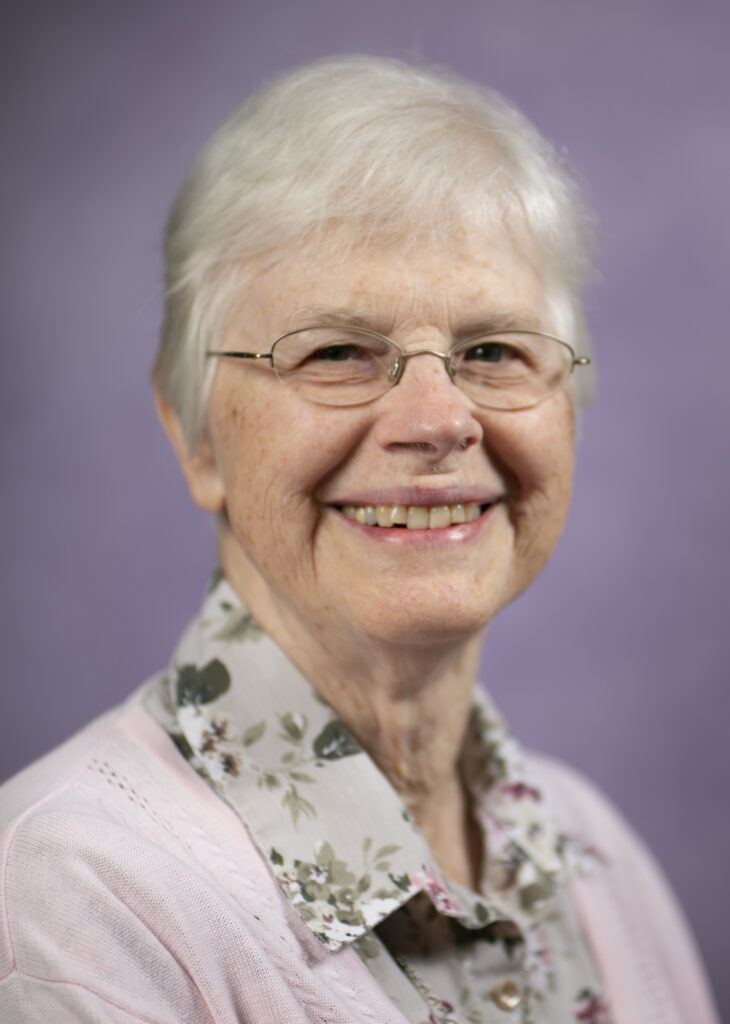 With a bachelor’s degree in English from the College of Mount St. Joseph (Cincinnati), and a master’s degree in religious studies from St. Louis University in Missouri, Sister Ann spent 12 years teaching high school students in Ohio, first as an English teacher at Catholic Central in Springfield, and then as an English and eventually religion teacher at Carroll High School in Dayton.

Sister’s greatest satisfaction came next as she began 14 years of involvement in parish life. She first was the pastoral minister at St. Michael in Findlay, Ohio, from 1980 until 1985. She spent the next nine years as the director of religious education at St. Leonard in Centerville, Ohio.

“It was a joy to serve, become friends with, be one among, discover God in the questions, hurts, dedication and love of all those who were on the same faith journey,” Sister recalled.

After two years as pastoral associate at St. Mary’s parish in Oxford, Ohio, Sister was a tutor for Terrace Guild Adult Education, which prepares students to pass the GED test.  She said the experience helped her to “appreciate the frustration of some and the real determination of others to pass that very important test. I stepped into another way of living, another culture, and have continued learning what stamina it takes to keep on going against all odds.”

Beginning in the late 1990s, Sister Ann served more than one decade at The Women’s Connection in Cincinnati. Throughout her time there she coordinated women’s enrichment programs, served as volunteer coordinator of the center’s programs and events, and was the editor of the agency newsletter. Sister said that in that ministry she was able to see the value of women making connections with other women, and how self-worth and confidence grow with each coming together. “Friendship happens, and it is wonderful to behold. Women need one another to laugh, share and grow. How beautiful!”

As she reflects on her 60 years, Sister said some of her happiest memories have been gathering with friends to celebrate special events in the Community.