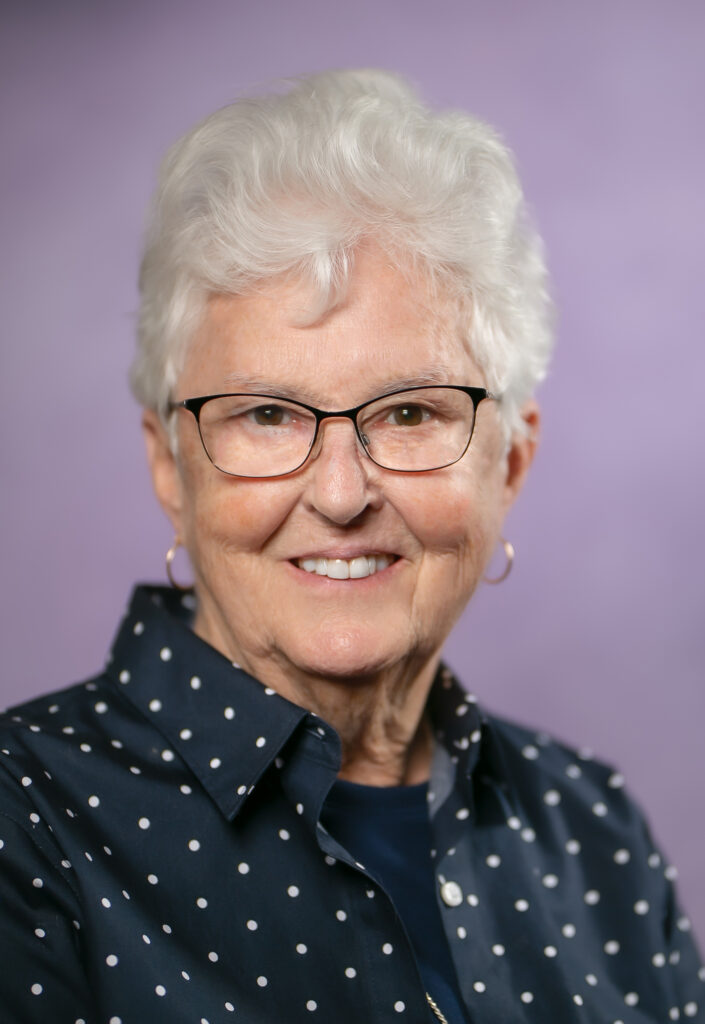 “The decision to enter religious life is still to this day a mystery to me,” Sister of Charity of Cincinnati Marie Karen Sammons said as she reflected on 60 years with her Community. “I was not the 1960 typical candidate for religious life, but I will admit that in the seventh grade I started to think about becoming a Sister.”

Sister Marie Karen was born and raised in Dayton, Ohio, and said it was at the end of her sophomore year at St. Joseph Commercial High School that a “whole new world opened up to me to meet a different community of Sisters. It did not take me long to see how special they were in my life and how they cared for each other and for every girl at St. Joe’s,” she said.

Sister entered the Sisters of Charity of Cincinnati on Sept. 8, 1960. She received a bachelor’s degree in education from the College of Mount St. Joseph (Cincinnati), and was first missioned to St. Mary in Marion, Ohio, to teach the seventh grade.

Four years later Sister Marie Karen traveled to Villa Nazareth in Rome, Italy, to minister to orphan boys. “That time was a real highlight and growing period for me,” she said. “Learning a new language and speaking it was quite a challenge but I also had great joy in that I could communicate with the boys at the Villa, all the employees and with the Italians. Learning about a new culture was fascinating to me and I loved every minute of it.”

Sister returned to Ohio in 1969 and began teaching at St. Teresa in Springfield. She received a master’s in elementary administration from Wright State University in Dayton, Ohio, and then taught two years at St. Charles in Kettering, Ohio, before becoming the school’s principal for the next 18 years. Sister served as principal of Our Lady of Mercy in Dayton for four years before becoming the manager of St. Vincent Hotel for the Homeless from 1999 until 2007.

“This was one of my favorite places to work because I was able to be with those who have nothing, but are grateful for what they receive,” Sister said. “I received so much and learned so much about life and human nature from those I met. They became very dear people to me.”

Currently Sister lives in the Dayton area and she is fully engaged in the ministry of pet sitting: “This ministry gives much love and happiness to the parents of the pets, the pets and me,” she said.

At the suggestion of a dear friend, Sister Marie Karen began the ministry over a decade ago, caring for many cats and dogs in her home. She has enjoyed providing comfort and relief to the pet’s family while they are away, and at the same time, she herself has received the love and affection from the pets that has helped her to be a more caring, understanding and patient person.