Growing out of the Early Learning Center at the College of Mount St. Joseph came the Mount Campus School; continuous learning was offered through a preschool for ages 3 to 5, full day kindergarten and grade levels one through eight. Operated by the college, Director S. Marilyn Joseph Czarnecki saw the distinct advantages to the mutually beneficial relationship: “The children learn in an atmosphere tuned to their development and the college students learn how to teach them in a supervised setting.” The school operated from the mid-1970s to 1988, with classes taught in Seton Hall on the Motherhouse campus; enrollment peaked in the early 1980s at 271 students. Both Sisters Marty Dermody and Mary Fran Davisson share memories from teaching there as well as former member Jean Bartling Brown. 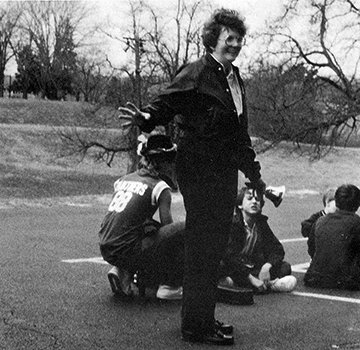 From 1981 until 1987 S. Marty Dermody taught science for the kindergarten through eighth grade students at the Mount Campus School.

“In August 1981 I began teaching at the Mount Campus School as the science teacher for kindergarten through grade eight. I was blessed with a wonderful classroom, which was the original college science department. Besides the internal classroom, I had the availability of the grounds, woods and wide-open spaces to share science with the students. I have fond memories of hiking in the woods with the students studying all types of creatures, even the 17-year cicadas at times of their emersion; we worked in conjunction with Dr. Gene Kritskey on the college campus.

“I also remember a young student named Kelly who had spina bifida, and was unable to walk; she would crawl from room to room for her classes. Since I didn’t want her to miss the outside activities I would carry her on my back allowing her to be outside with all of us. I taught there until it closed in 1988. I have wonderful memories of students, teachers and parents, some of whom I still connect with on my journey of life. Many of those students are now raising their own families across the country.”

“I have many memories of Seton Hall and being a part of the Band of 1964. I can also happily share my time as a teacher at the Mount Campus School located at Seton as well. I was fortunate to teach third grade there and my classroom was located in what used to be our Community Room where I had many déjà vu moments. It was wonderful! I had a really terrific group of kids and a great view of the cemetery. It was just one of my many wonderful teaching experiences that kept me going well into the future. Thank you, Seton Hall.” 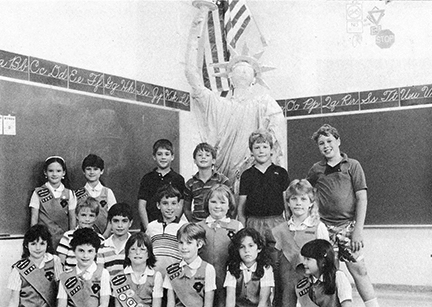 “Following my Novitiate in 1975 I became a staff member at the Mount Campus School located in Seton Hall. The school had opened a couple of years earlier and was now ready to add first grade to the preschool and kindergarten classes. My classroom of 12 first graders was on the first floor in the room next to the front steps, most recently a conference room. We gathered in the room for group work and worked individually at tables in the hallway. I professed first promises on Oct. 12, 1975 and since my parents were here, S. Marilyn Joseph Czarnecki told me to spend time with my parents and come in later on Monday, saying she would take my class. The following day I had a wonderful surprise when I learned our classroom would be moving to the second floor porch, currently CFO Tim Moeller and executive assistant Diane Geiser’s office space. S. Marilyn Joseph realized that the current space was too small for a classroom and made the change while I was out.

“In addition to the typical curriculum the kindergarten teacher, Jeannine, and I had some fun times. Our students decorated eggs for Easter only to find the next day they were replaced by a note from the Easter Bunny. He had hidden them around the grounds and we had to follow his clues to find the eggs. The clues led us to the inner courtyard where we had an Easter egg hunt! At Christmas we told the students that Santa would be coming to visit them. One of the students said, “Yeah, sure, Santa will be Ken,” our music teacher. One afternoon Jeannine and I had the students together for a story when we heard “Ho, Ho, Ho!” and bells ringing. The student mentioned above said, “Here comes Ken!” The look on his face was priceless as Ken walked into the room followed by Santa, Dr. Dominic Giovannazzo, head of the Education Department at the College of Mount St. Joseph. We had made sure to revise our original plans!

“Each year all the students would put on an original play in the main theater at the College of Mount Saint Joseph. Mary Jo Katona, one of the mothers, would write and direct the play, while other mothers created delightful costumes for all. All the students, even the preschoolers, were very confident, composed and appeared to be ‘professional performers.’ Thank you for the memories, Seton Hall!” 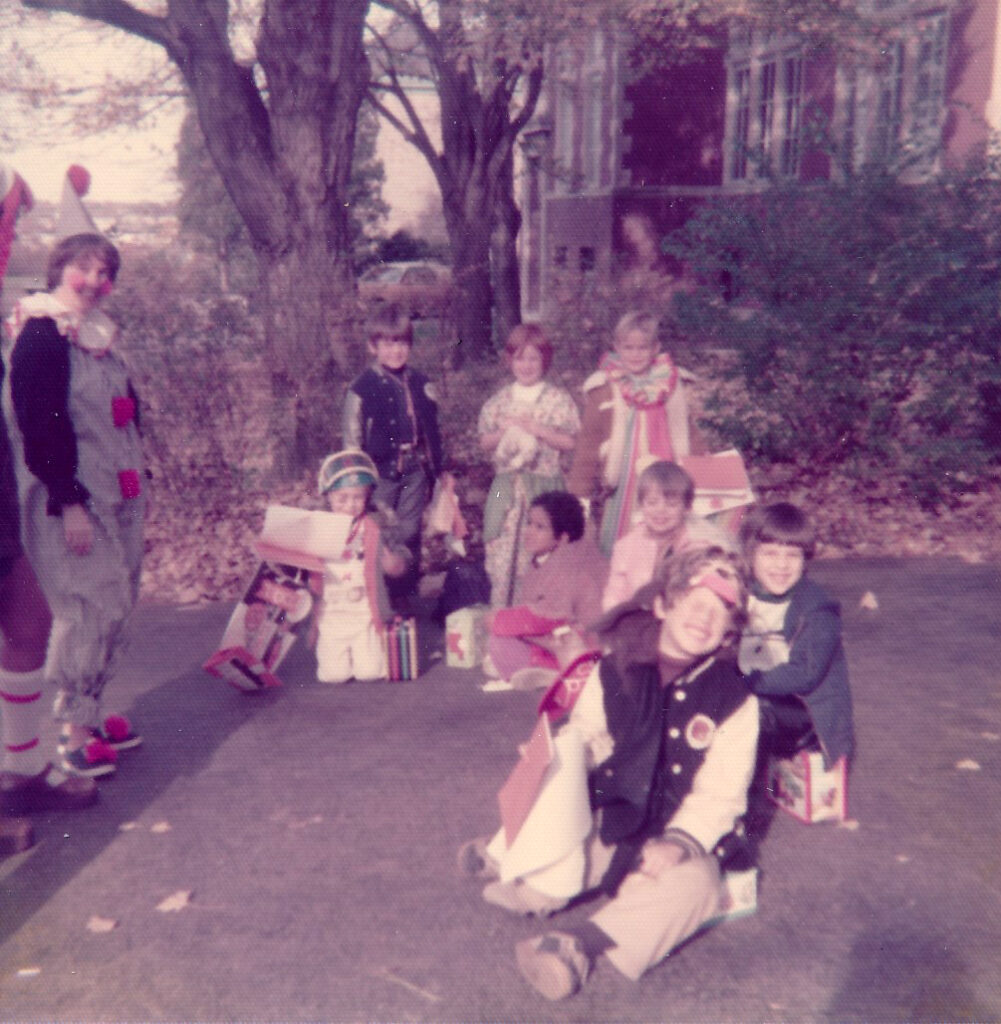 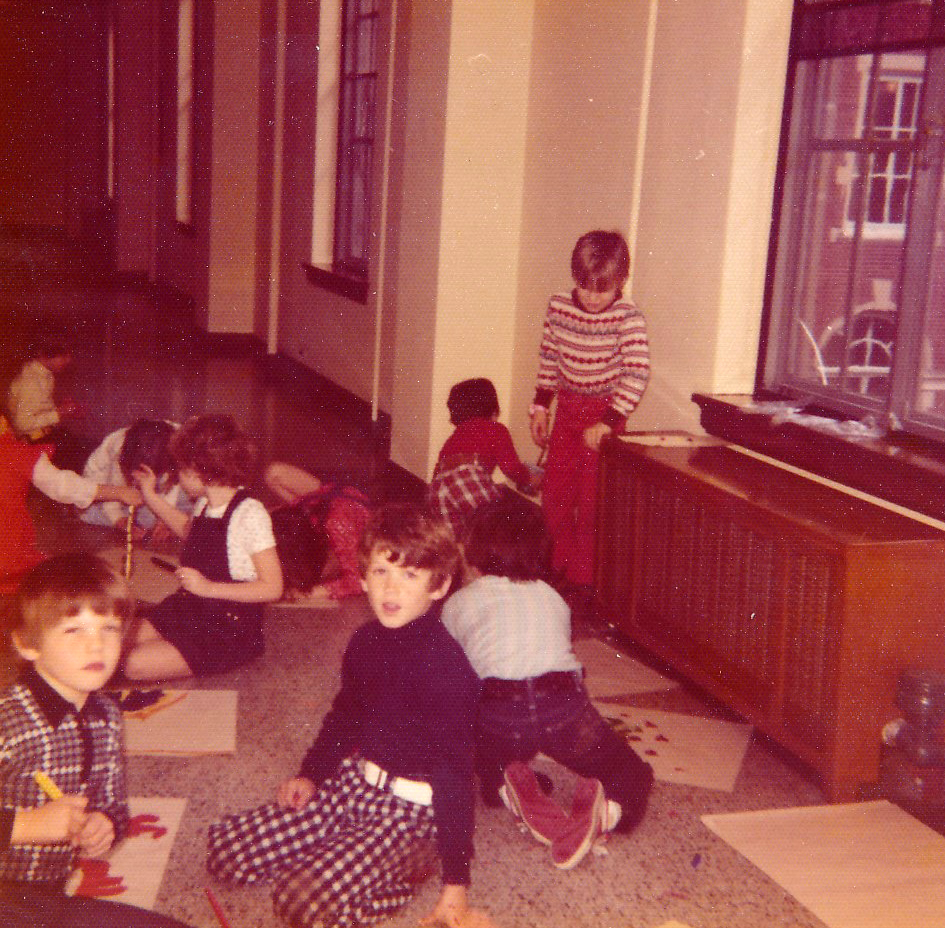