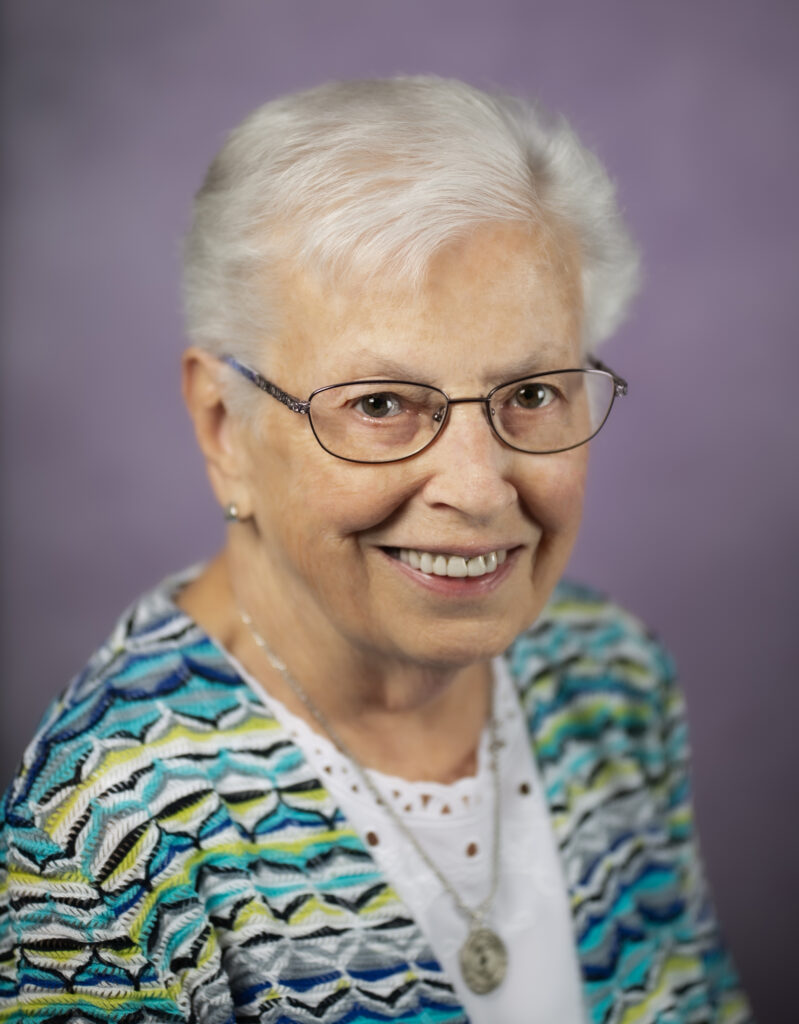 Sister of Charity of Cincinnati Jane Bernadette Leo died Oct. 29, 2020, at the age of 85 in Mother Margaret Hall. S. Jane Bernadette was born on Feb. 11, 1935 to Edwin J. and Agatha (Monnin) Leo in Dayton, Ohio. She was the second oldest of seven children. She was a Sister of Charity for 67 years. During her senior year in high school she began thinking about being a Sister; she credits S. Dorothy Beach, one of her Sister teachers, as being her inspiration and mentor.

S. Jane Bernadette earned a Bachelor of Science degree in education from the College of Mount St. Joseph in 1965 and a Master of Education in Deaf Education from the University of Cincinnati in 1971. She remained current in the improvements made in deaf education as new techniques became beneficial to educators, students and the broader community.

S. Jane Bernadette’s ministries span more than 50 years in education, 47 of those years at St. Rita School for the Deaf in Evendale, Ohio. She began as a first grade teacher at St. Rita in 1955, learning sign language as she went, remaining there until 1967. She was next called to teach hearing children at St. Charles, Lima, Ohio, but by 1970 she was enrolled full time in a master’s program at the University of Cincinnati in deaf education. She joyfully returned to St. Rita in 1971 as second grade teacher. For the next 20 years S. Jane Bernadette served as the resident advisor for kindergarten through fourth grade girls. She described this as “one change that I treasured most; I loved each and every moment in the position of dorm mother.”

In 1994, when the dormitory closed due to the decline in residential enrollment, she became a member of the religion department as well as working in the LOFT (Language Opportunity for Tots) Daycare program. She initiated sign classes for the school’s bus drivers and law enforcement personnel in the Evendale area; the classes assisted both groups in being better able to communicate with the deaf students. It allowed the students to see that they can become friends. Looking back on her continuous years of ministry at St. Rita’s through 2006, S. Jane Bernadette welcomed titles of classroom teacher, resident advisor, dorm ‘mom,’ bus services coordinator, sports’ program director and children’s choir co-director.

As she celebrated her Diamond Jubilee, S. Jane Bernadette reflected on how much her ministry journey has centered on the desire for improved communication with the hearing world; she appreciated the countless paths that would bring her to the needs of the deaf community. She was particularly grateful to be able to communicate faith experiences through the use of her hands – be it at a Mass, wedding, funeral or social event. She shared, “I thank God I am able to be present in times of need due to the communication barrier. It is an honor and a privilege.”