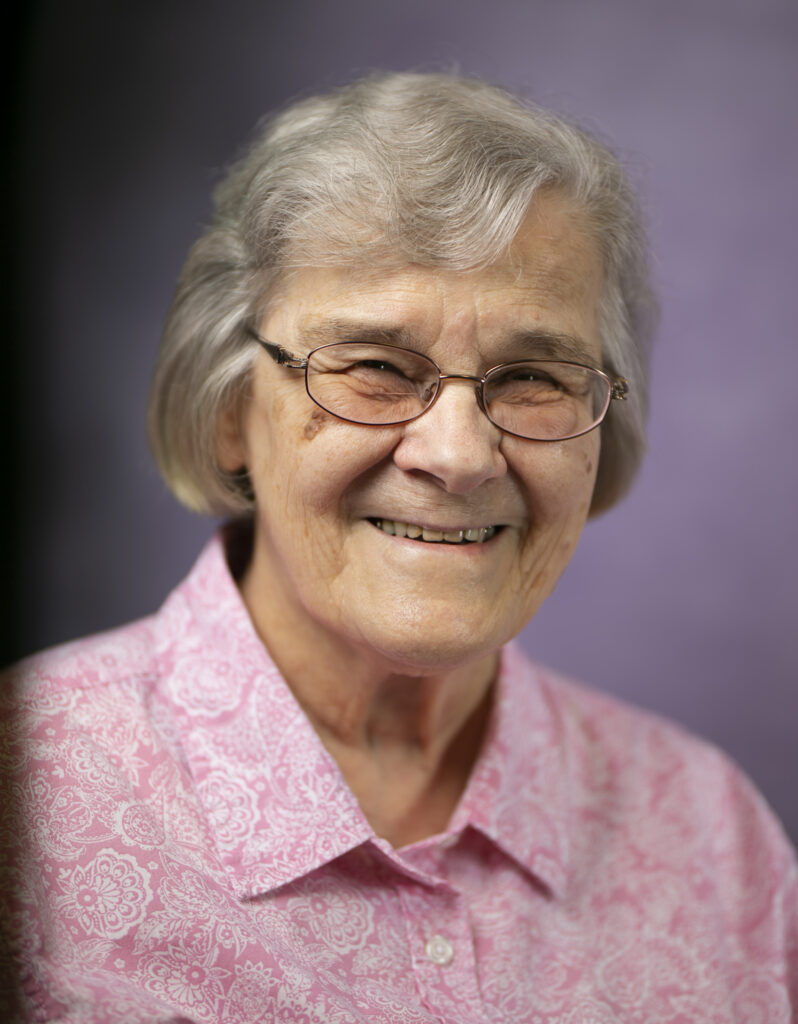 S. Lorraine Delisle died Oct. 27, 2020, at the age of 88 in Good Samaritan Hospital, Cincinnati, Ohio. S. Lorraine was born on March 16, 1932 to Leo J. and Regina (Bisson) Delisle in Lowell, Massachusetts. She was the oldest of four, growing up in a family where French was their first language. She was a woman religious for 69 years. S. Lorraine transferred from the Grey Nuns of the Cross to the Sisters of Charity of Cincinnati in 1978.

S. Lorraine grew up in Lowell, attending Catholic schools throughout and graduating from St. Louis Academy in 1950. She entered the Grey Nuns in August 1951. She taught at St. Joseph High School, also in Lowell, from 1954 to 1976.

S. Lorraine earned a Bachelor of Arts degree in education from Rivier College, Nashua, New Hampshire, in 1966 and a master’s degree in pastoral studies in 1989 from Loyola University, New Orleans, Louisiana.

S. Lorraine’s ministries as a Sister of Charity took her to Ohio, Colorado, Louisiana, Texas, Montana and New Mexico within a span of 25 years. She began in Cincinnati at St. Joseph Infant Home teaching business education classes while coming to know members of the SC community living in the area. In 1977 S. Lorraine became a secretary for the Sister of Charity Generalate followed by a year of renewal at El Pomar Retreat Center in Colorado Springs, Colorado, in 1979.

Most of her ministry years following were in the areas of pastoral ministry and director of parish religious education. She served in Franklin, Louisiana at the Church of the Assumption, 1980-’82; Divine Infant parish, Center, Texas, 1982-’83; El Pomar, Colorado Springs, Colorado, 1983-’85; and St. Paul parish, Colorado Springs, 1985-’88. She completed her master’s degree in 1989 and then accepted a position in Cut Bank, Montana in the Conrad Deanery before going to Santa Fe, New Mexico at St. Isidro parish, 1991-2001.

Throughout her varied experiences of ministry S. Lorraine was grateful to God for her singing voice and the joy that music brought her. She also appreciated the added advantage and comfort she felt being bilingual. She retired from active ministry and moved to the Sisters of Charity Motherhouse in 2001. She loved her volunteer work in the SC Archives, using her business skills for transcribing and maintaining the Archives’ Repository.