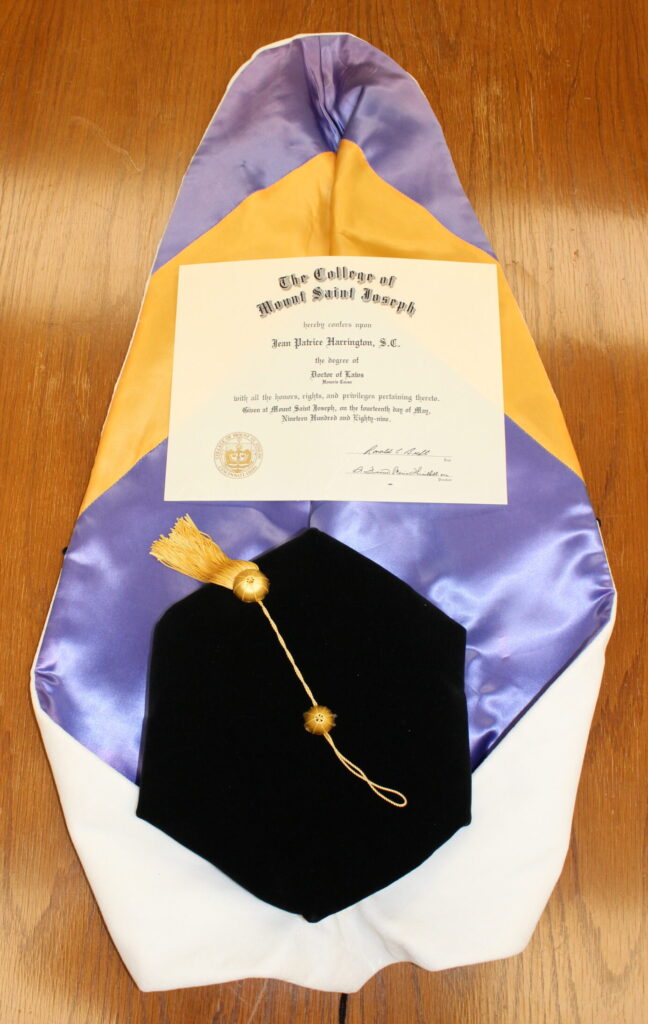 In 1989, the late S. Jean Patrice Harrington received the honorary doctoral degree from the College of Mount St. Joseph.

Among the many honorary degrees, plaques, certificates and other awards recognizing the late S. Jean Patrice Harrington, the 1989 honorary doctoral degree from the College of Mount St. Joseph, was her most cherished recognition. Received just two years after her retirement as president of the institution, nothing could be more fitting to acknowledge and celebrate her contribution as a “determined leader, woman of deep faith and premier innovative educator.”

Born in Denver, Colorado, and educated by the Sisters of Charity at Cathedral High School, Patricia Jean Harrington then received a scholarship to the College of Mount St. Joseph but instead entered the novitiate of the Sisters of Charity of Cincinnati in 1940. She spent her early years teaching at schools in Trinidad, Pueblo, and Denver before earning a Ph.D. in university administration from the University of Colorado in 1967. Although recruited by several universities and colleges for administrative positions, S. Jean Patrice spent the next 10 years serving in Sister of Charity community administrative roles.

When named president of the College of Mount St. Joseph in 1977, this experienced educator and administrator faced significant financial and educational challenges. According to the Greater Cincinnati Chamber of Commerce, she “led one of the biggest comebacks in the community in recent memory, bringing the College of Mount St. Joseph back from educational and financial obscurity.”

When she took over its leadership, the college was $1.2 million in debt and enrollment was falling. When she retired 10 years later the budget was balanced, fundraising targets were being surpassed, and enrollment had nearly doubled. S. Jean Patrice built the institution’s visibility by partnering with the business community. She integrated the college’s liberal arts mission with its career-based education. She extended the Mount’s enrollment to include women and men of all ages, including minorities and low-income students. Under her leadership, the Mount started the first weekend college for adults in Cincinnati, Project EXCEL for students with learning disabilities, and Project SCOPE, a high school mentoring program and summer residency program for Cincinnati-area African-American students. 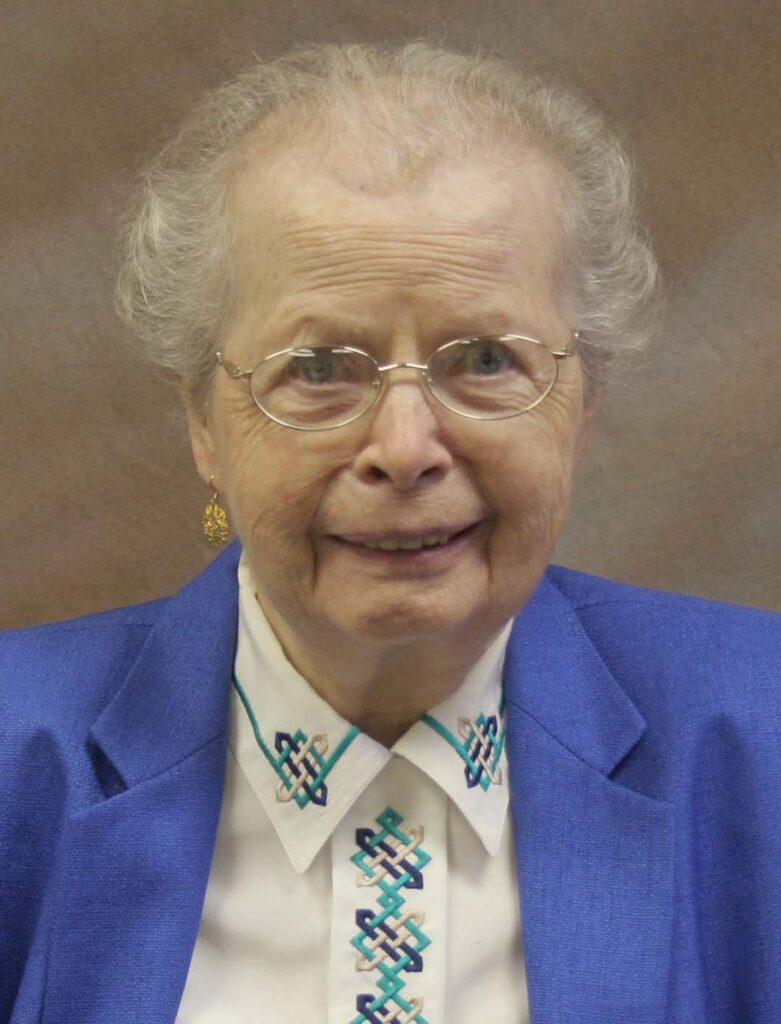 When reflecting on these accomplishments, S. Jean Patrice commented: “I got a lot of credit for what people said I did, but I have to honestly say it was because I was surrounded by a faculty who was willing and ready for change, by loyal lay people who went to the city and made the college known, solicited funds, and at the end of one year we were able to balance the budget…. I could never say enough about the good people who surrounded me and made me look good.”

After her retirement, S. Jean Patrice was appointed director of the Cincinnati Youth Collaborative, served on numerous boards, and contributed her time and talents to many local organizations. In all this, she never forgot the Mount, serving on its board and initiating the foundation of a college archives to preserve forever the history of her alma mater.   doctoral degree from the College of Mount St. Joseph.