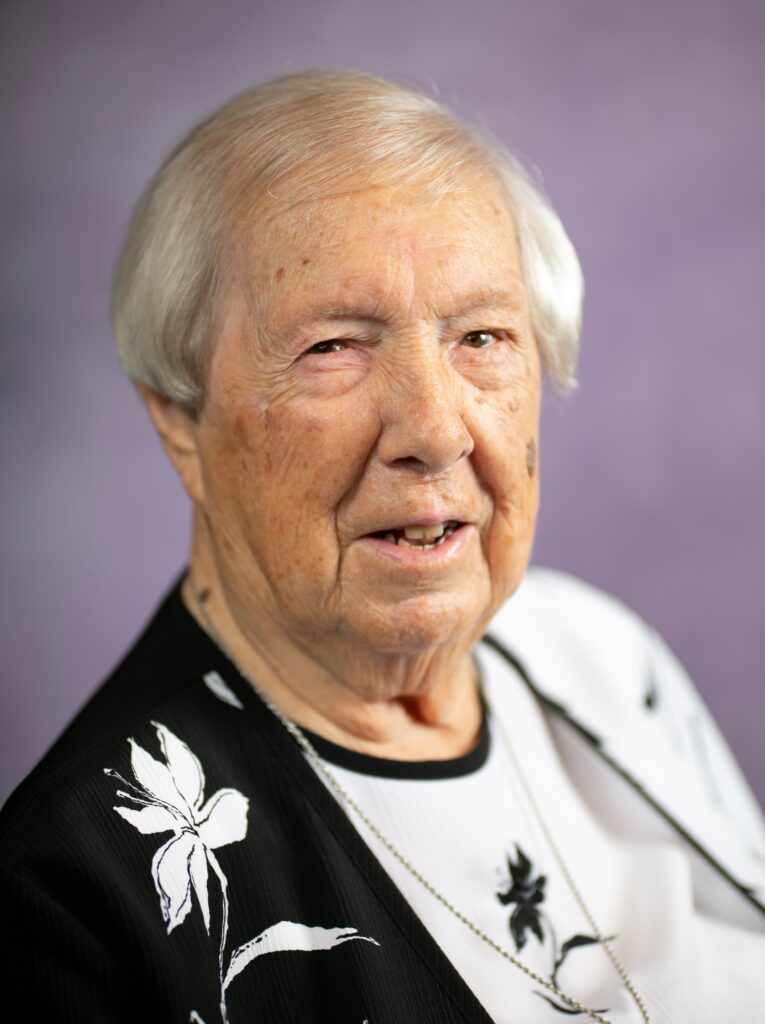 S. Bernadette grew up in Springfield, Ohio, attending St. Joseph grade school and graduated from Catholic Central High School, having Sisters of Charity as her teachers for all 12 years. She entered the Sisters of Charity on Sept. 7, 1937. It was their happiness and ability to laugh that attracted her to enter. She later stated, “What they had, I wanted. This was the deciding factor for me.”

In 1973 S. Bernadette became a hospital lab employee as a clinical chemist, putting into practice skills she had encouraged in her high school science students; she chose to work in the Radial Immunoassay Lab at St. Joseph Hospital, Mount Clemens, Michigan. She remained there for the next 27 years, moving to foundation work in 1989 as the coordinator of major donors. It was a natural fit! Her joyful, good-natured spirit and familiarity with persons from her hospital experience brought willing donors. In 1996 she received the St. Elizabeth Seton Mission Achievement Award at St. Joseph’s Mercy of Macomb County, Michigan. S. Bernadette retired from St. Joseph’s in 2000.

In her retirement years she remained active in the Mount Clemens/Detroit area reaching out to families and joining in their family celebrations of graduations and weddings. Through the years she babysat many of the doctors and employees children and became a part of their families’ lives.

Through her varied experiences of ministry S. Bernadette commented on how the changes and challenges throughout her life encouraged her to grow and reach her potential. She was challenged and rewarded when teaching catechism to 50-60 Navajo and Pueblo high school boys at the Indian School in Albuquerque over a six-year period (1961-’67). She also provided a pilot program for the University of New Mexico on the concept of the atom for young children. She was honored to receive National Science foundation grants to the University of California in Chemistry (1966-’67) and at New Mexico State in physics (1968). She lived the mission and charism of the Sisters of Charity with her compassionate heart and commitment to others.