In the early 1960s Seton Hall became home to formation groups, young women, most being recent graduates of high school, who were considering a call to religious life. It was the time of Vatican II and a call to greater participation in the life of the Church. The groups entered in the fall of the year to correspond to the start of a new school year and enrolled as students at the College of Mount St. Joseph. They became familiar with the life of a woman religious, her duties and responsibilities. We find memories of living and learning in Seton Hall from a few members of the group that entered in 1964. 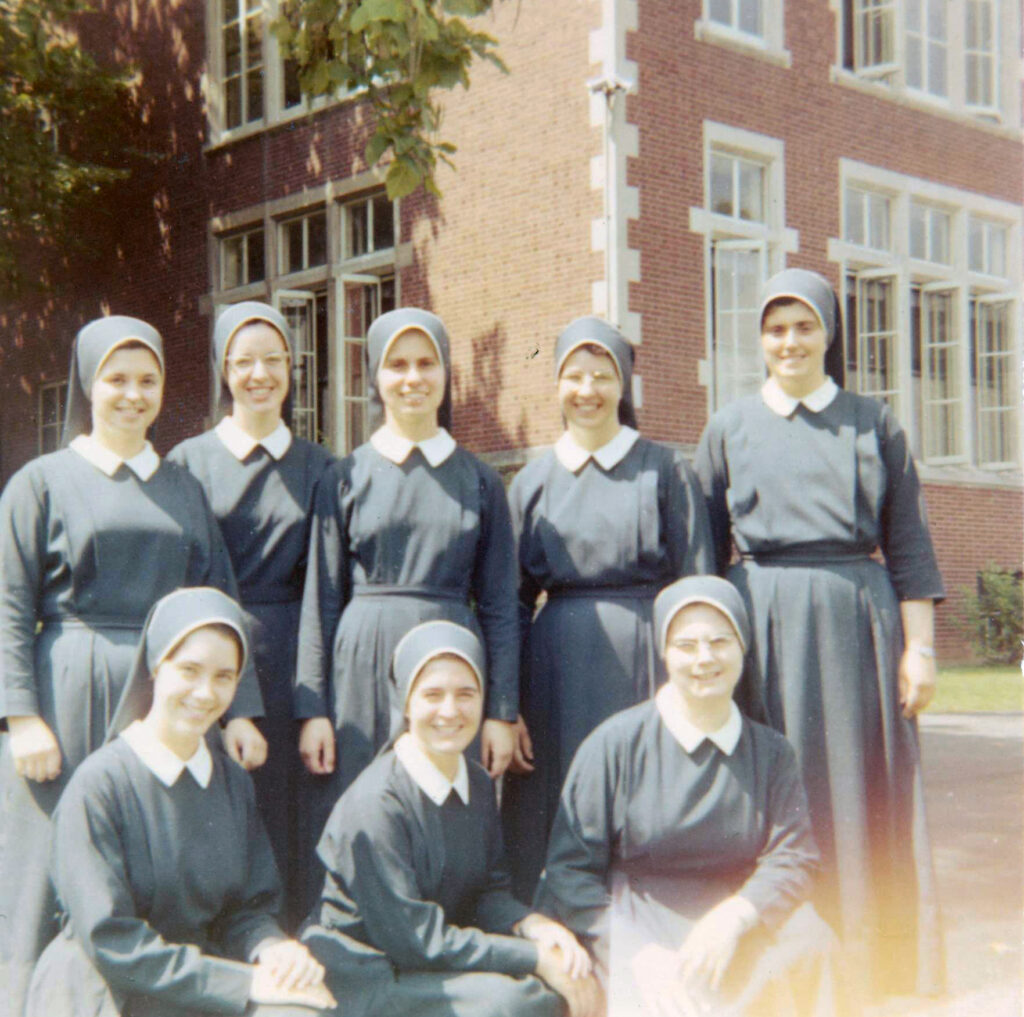 “I well remember the Community Room where the mail would be out on the table, seeing something from home was so special. I also remember when S. Elizabeth Cashman began to facilitate changes with such things as a ‘sleep in’ day where Mass would be in the afternoon. We called those days ‘natural rising’ and to this day my kids and close friends love to use that convent term when we’re together and there’s no clear plan for the mornings.” 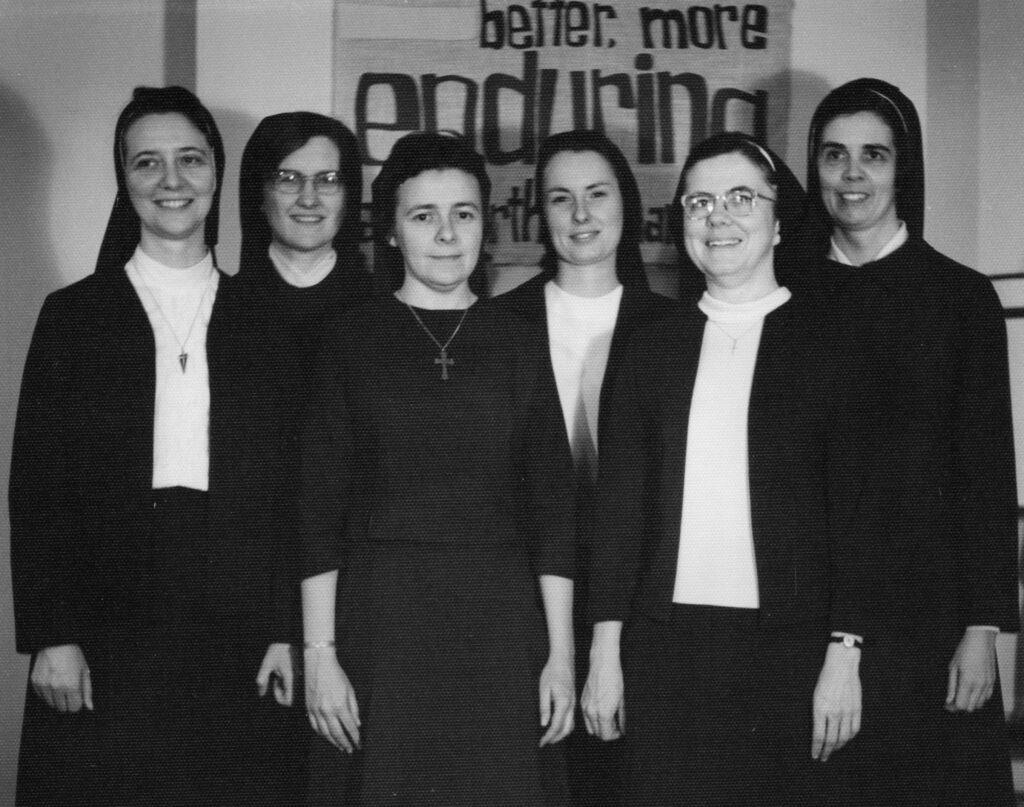 S. Elizabeth Cashman (right) served as the Sisters of Charity director of formation in the 1960s, bringing with her a listening ear.

“I remember the roof sunbathers. I burned too easily to stay too long, so I put lotion on people’s backs. There was also the first Christmas Eve we were there. The choir that night had come through the halls singing beautifully, when my across-the-hall friend noticed I hadn’t come out. I was told she knocked on my door to no avail. Worried, she came in and stood at my bedside calling my name. On the third attempt I finally woke up; I had slept through the whole thing! I always said that being the oldest of six, I could sleep through anything.

“There are also memories of the Dew Drop Inn, Maggie’s amazing Christmas decorations, Easter ‘eggs’ in the side yard, and St. Patrick’s Day cupcakes brought by certain parents that adopted us all. Then there was the evening when Mother Mary Omer told us we got to go home for three days that summer. We were in our most proper religious behavior until we got on the Seton Hall elevator. Boy did we let loose: no loud screaming, just squealing and jumping up and down. It’s a wonder the Hall is still standing!” 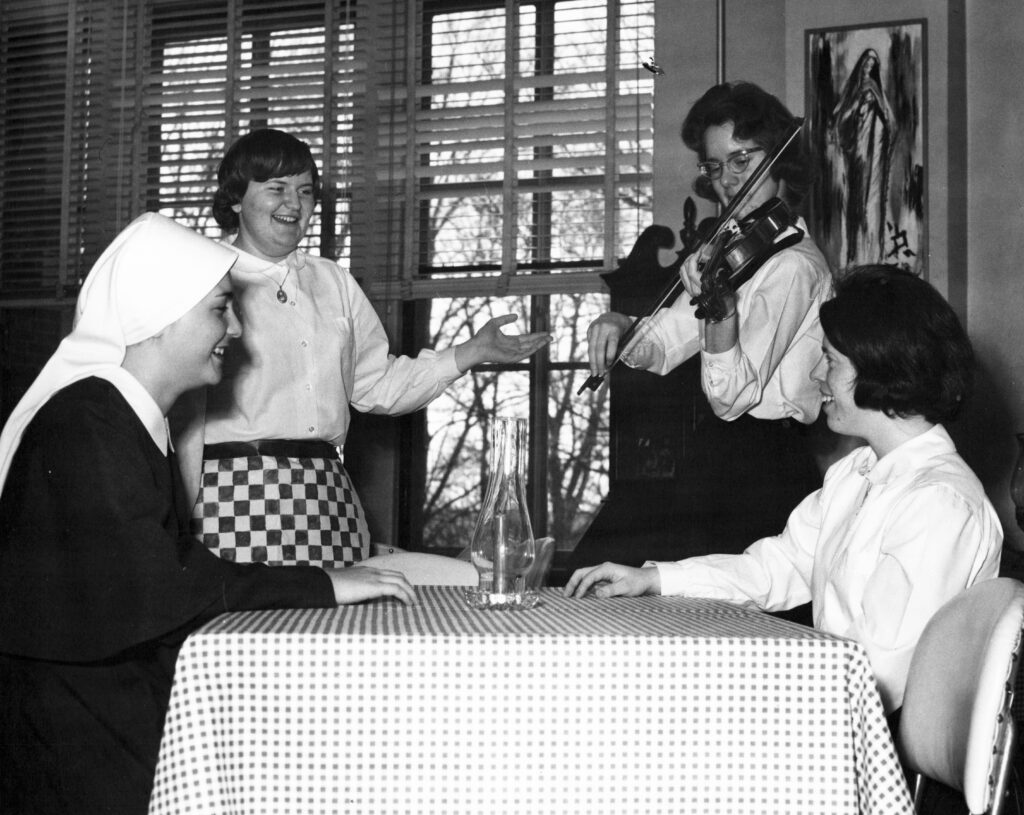 The Dew Drop Inn, located at Seton Hall, became a place of many fond memories for the women in formation.

“So many memories of Seton Hall started on Entrance Day. We had a get together on the Seton roof to get acquainted and spent a lot of time on that roof during retreat before First Vows. Pictures taken that day showed tanned hands and faces!

“Who can ever forget the wonderful decorations Maggie masterminded for the Community Room? I participated once and remember making ribbon roses in many colors. I remember waking on Easter morning and seeing all of those Easter egg colored balls on the lawn outside Seton. I loved when we were able to have Mass there with all the guitar players providing music. We made coffee in the Dew Drop Inn and the Westerners made us a Mexican dinner with sopapillas for dessert. The building is just a building but the memories will live forever in us. Thanks, Seton Hall!” 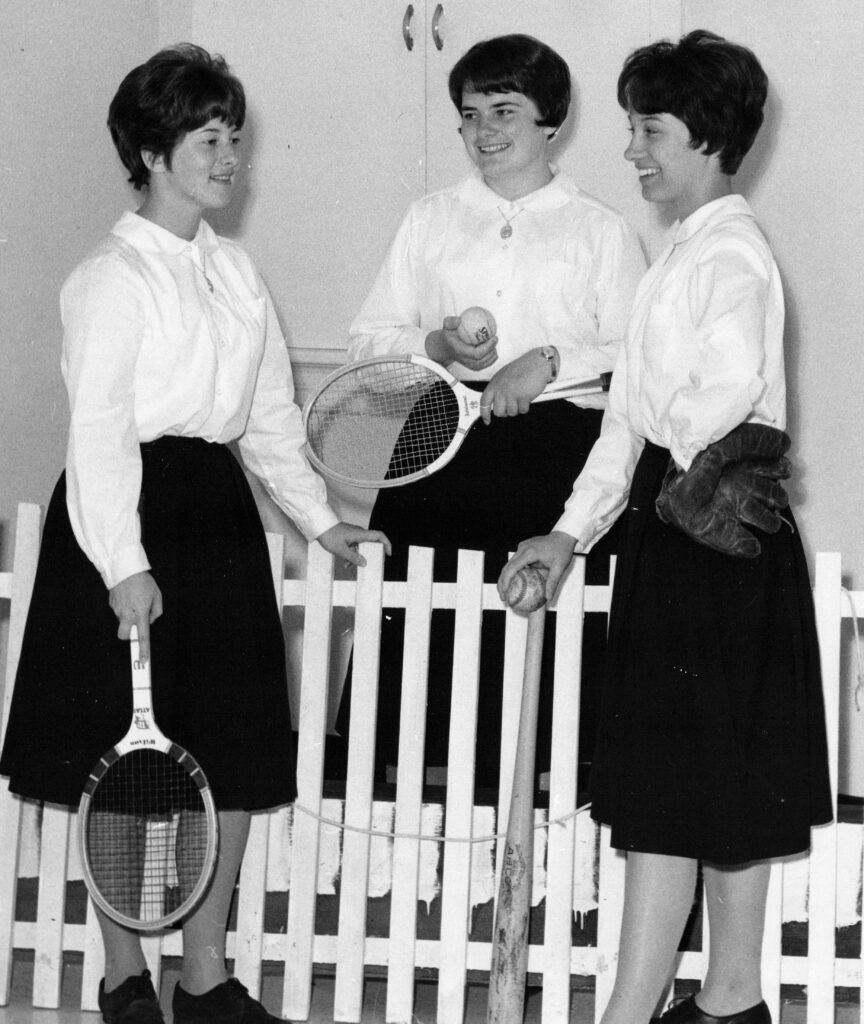 Many women in formation during the 1960s built friendships and memories together while living in Seton Hall.

“From the Seton Hall roof, I do remember my awe at the huge, orange sun in the west just before it dropped over the horizon. I guess it was the humidity in the air that let the whole roundness of the sun be seen. Sunsets in Colorado, where I came from, were much different.” 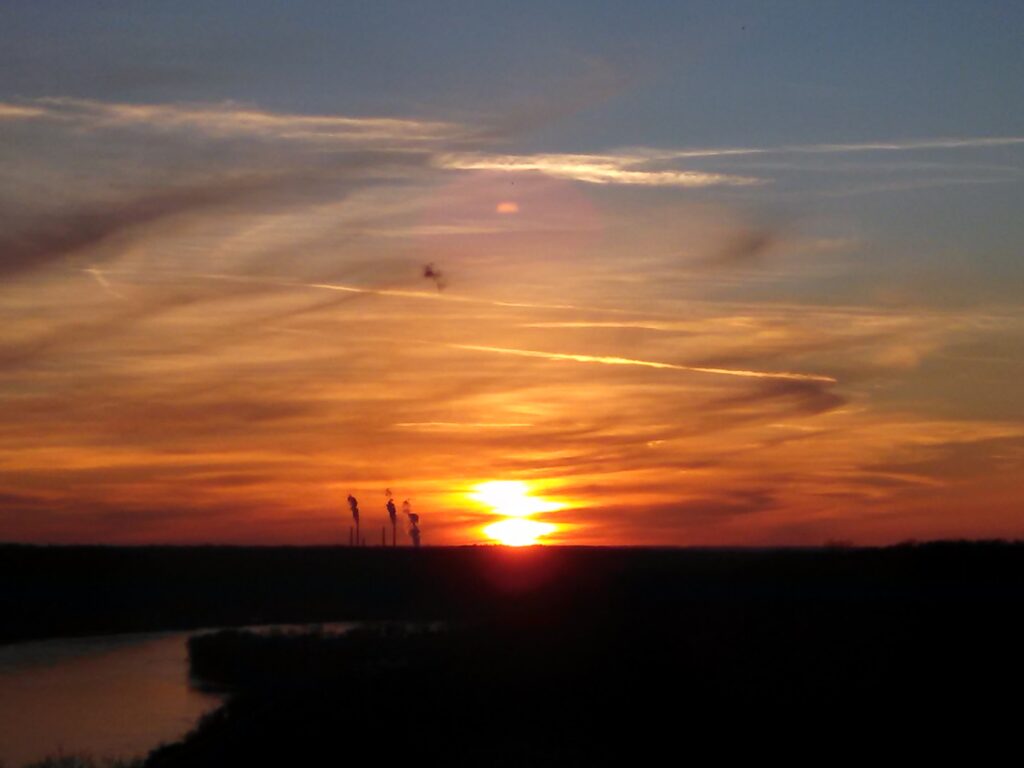