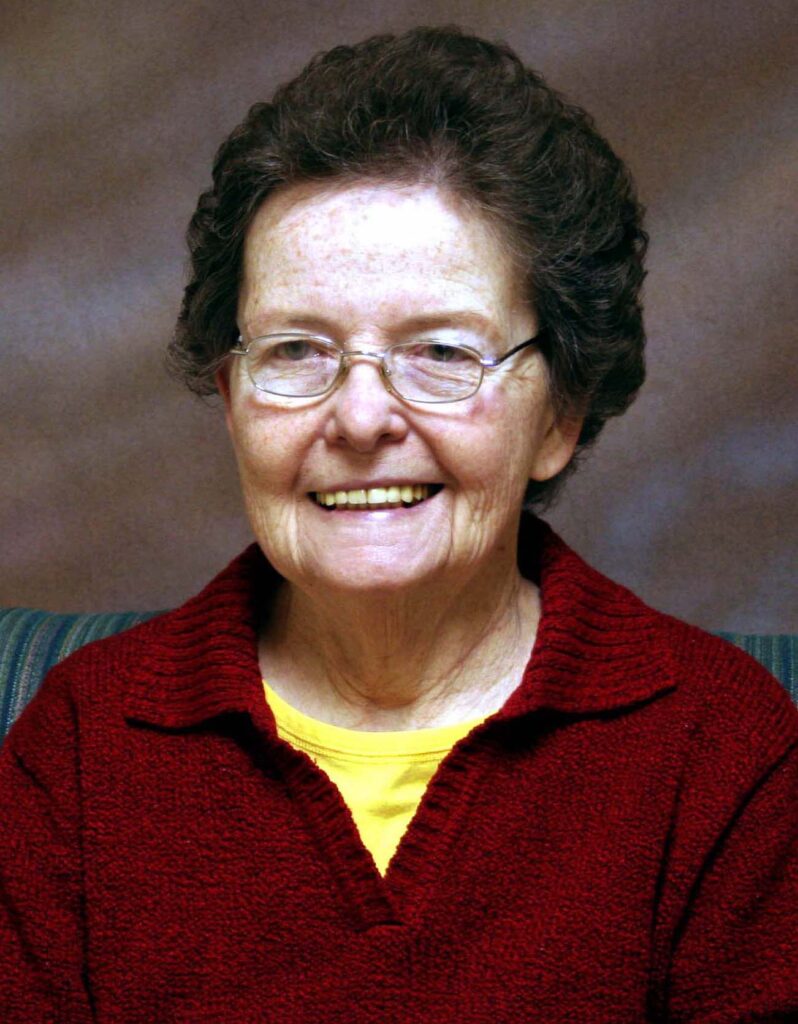 S. Mary Doherty died Dec. 3, 2020, at the age of 83 in Mother Margaret Hall, the nursing facility for the Sisters of Charity. S. Mary Ellen Doherty was born on Oct. 10, 1937 to Edwin J. and Margaret (Waters) Doherty in Cincinnati, Ohio. She was one of four children and a twin. She was a Sister of Charity for 65 years.

S. Mary grew up in Cincinnati, Ohio, attending Holy Family grade school and graduated from Seton High School in 1955, having Sisters of Charity as her teachers for all 12 years. She entered the Sisters of Charity on Sept. 8, 1955. She commented early in her ministry years, “I saw them laugh as well as teach me about God. It was the humanness of their spirituality that drew me to the life they had.”

Since the fourth grade S. Mary felt called to be a nurse. In 1972, an opportunity to enter the nursing field was presented when she was assigned to minister to the senior Sisters in Mother Margaret Hall, the nursing facility for the Sisters of Charity, a ministry she loved. She directed activities and aided S. Maria Dolorata Felix in caring for the Sisters’ needs. She eventually earned her BSN, and became a registered nurse. She would later say, “I’d do it all over again. It is where I felt the greatest grace as well as the greatest fear.”

In 1979 S. Mary began serving as a licensed practical nurse at Cincinnati Good Samaritan Hospital. Eight years later she returned to Mother Margaret Hall (MMH) as a charge nurse before taking time off to receive her BSN. Upon completion of her degree, she served again at Good Samaritan Hospital and Mother Margaret Hall before using her nursing gifts to minister at St. Michael’s Center in Lower Price Hill and the Jordan Center, Cincinnati in the late 1990s. She returned one final time to MMH in the early 2000s; this time as an advocate nurse for the Sisters, assisting them in their procedures, doctor visits, and surgeries as well as serving as an ‘emergency on call’ team member. Due to her own declining health, S. Mary’s ministry changed to one of prayer in 2008 and she became a resident of Mother Margaret Hall.

Through her varied experiences of ministry, S. Mary hoped that even though religious life has seen many changes over the years, the principles would remain. She was ever grateful for her sense of humor to get through the difficult times. She had a special interest in the environment and the need, especially locally, to appropriately care for the disposal of chemical waste and ensure the health of all citizens.

S. Jackie Kowalski remembers living with Sister Mary at Santa Maria: “She was kind, full of fun, and brought a lot of joy and laughter to our house, being very generous with her time and talents.”