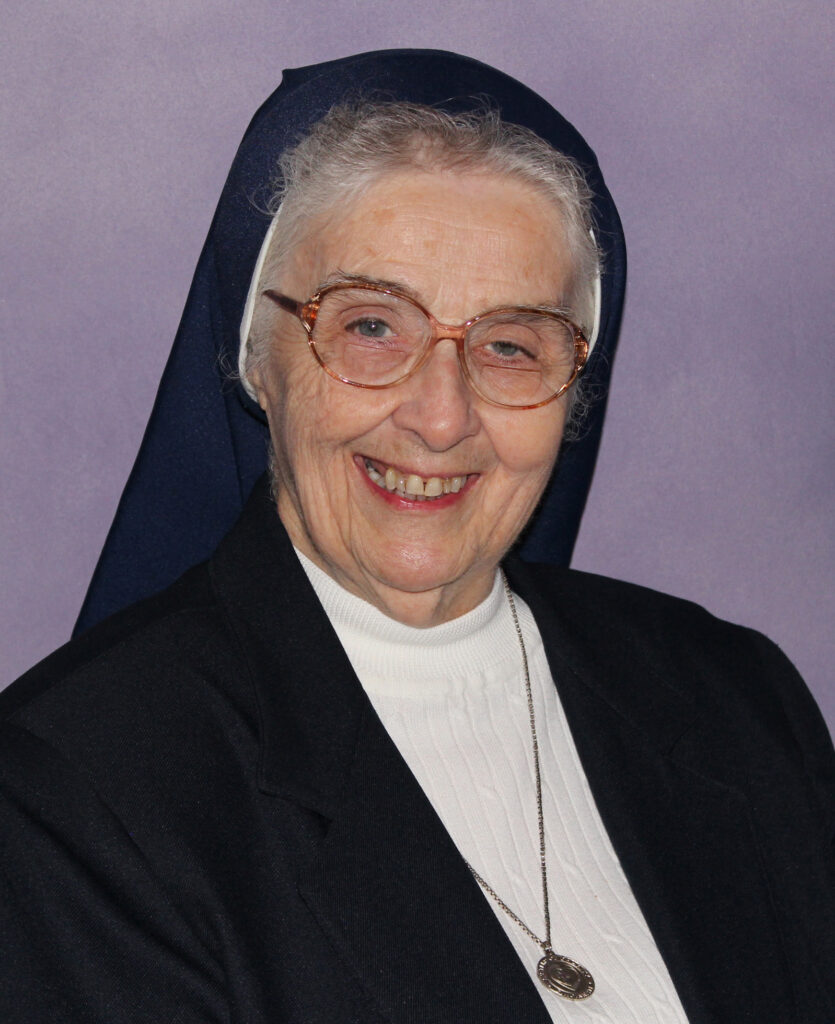 S. Benedicta Mahoney died Dec. 5, 2020, at the age of 95 in Mother Margaret Hall, the nursing facility for the Sisters of Charity. S. Benedicta was born Regina Marie on Oct. 11, 1925 to John J. and Marie (Phares) Mahoney in Springfield, Ohio. She was the fourth of five children, three boys and two girls. She was a Sister of Charity for 76 years.

She earned a Bachelor of Science degree in education from the College of Mount St. Joseph in 1956 and a Master of Arts degree in English from the University of Detroit, Michigan, in 1968.

She transitioned to secondary education in 1963, teaching high school students at St. Leo, Detroit (1963-’65), Holy Angels, Sidney, Ohio (1965-’66) and St. Pius X, Albuquerque, New Mexico (1966-’70). For the next nine years (1970-’79) S. Benedicta taught English at Elizabeth Seton High School in South Holland, Illinois and served as advisor to the newspaper and the yearbook. This was followed by a year off to do research work, preparing to author We Are Many, A History of the Sisters of Charity of Cincinnati, 1898-1970. For this she was awarded the first Elizabeth Seton Award, her congregation’s highest honor. She gave three more years to teaching English in South Holland before completing her full-time education ministry at Seton High, Cincinnati (1983-2002).

Former Seton principal and president Susie Gibbons remembers, “S. Benedicta Mahoney was one of the finest Catholic school educators I will ever know. She created a legacy of students who learned much from her including not only academic lessons but those that reach deep into the souls of each and every student she taught.”

Sister chose the SC Archives as her volunteer ministry ‘full time’ for the next 15 years; it was a place she loved to call ‘home,’ where she led countless tours for visitors, especially students; it had been her ‘summer job’ for more than 30 years. She mastered an impeccable retentive memory, able to rattle off important dates in the Sisters of Charity history at the drop of a dime. Her knowledge and memory were treasured by many, including the Communications Office where she contributed regularly to the many articles and publications produced.

Veronica Buchanan, SC Archives director, shared, “I was always continually inspired by her dedication and how she inspired generations of students, many of which still kept in touch or shared their personal growth journey through email. Her legacy in the Community will continue for years with We Are Many, taking at least a year out of her beloved teaching ministry to focus on researching and writing the annals of the Community documenting a time of explosive growth and change. She will live on among us.”