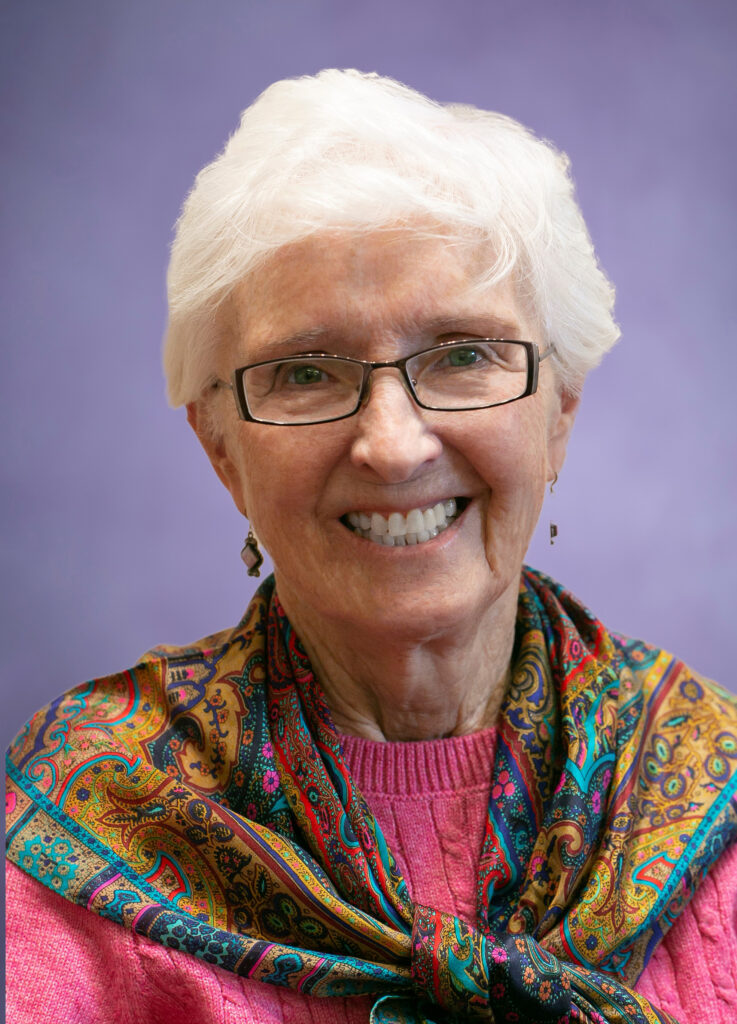 S. Roberta Westrick died Dec. 11, 2020, at the age of 82 in Mother Margaret Hall, the nursing facility for the Sisters of Charity. S. Roberta was born on Sept. 18, 1938 to Robert and Bernardine (Jarvis) Westrick in Detroit, Michigan. She was the oldest of six, five girls and one boy. She was a Sister of Charity for 62 years.

S. Roberta grew up in Detroit, attending St. Matthew grade school and graduating from Dominican High School in 1957. She first met the Sisters of Charity while working as a nurse at St. Joseph Hospital in Mount Clemens, Michigan. Impressed by the Sisters who trained her, and by their work, she chose to enter the Congregation on Sept. 8, 1958.

S. Roberta earned a Bachelor of Science degree in education from the College of Mount St. Joseph in 1969. Her master’s degree in Pastoral Counseling was earned in 1979 from St. Paul University, Ottawa, Canada.

S. Roberta’s ministries span nearly 50 years, 13 in the teaching classroom and 36 in pastoral services. She began teaching at St. Savior, Cincinnati, Ohio, in 1962 followed by St. Dominic, Cincinnati (1964-’66). Next she traveled to Loyola School in Denver, Colorado. Little did she know at the time that she would serve in the West almost all of her remaining ministry years; it was the vistas and the spirit of the people that gave her life. S. Roberta taught at Pauline Memorial, Colorado Springs (1968-’72) before becoming the Colorado Springs diocesan youth minister (1972-’76). She served in a pastoral services ministry at Penrose Hospital, Colorado Springs for two years before gaining formal course work in pastoral counseling at St. Paul’s University in Ottawa, Canada. From 1981 until 1986 S. Roberta ministered at St. Michael and St. Patrick parishes in the Diocese of Jefferson City, Missouri. She then returned West, serving as pastoral minister at St. Patrick, Colorado Springs from 1986-’93.

In 1994 S. Roberta served in the homeless shelter in Colorado Springs and attended specialized classes at Colorado College before serving as the campus minister at St. Mary’s High School, Colorado Springs. The skills learned in her art classes gave her further confidence in undertaking the art form of painting santos or saints/holy images. After serving as pastoral associate at Holy Trinity, Colorado Springs (1999-’08), S. Roberta retired from active ministry.

In 2001 she was commissioned by the art committee at St. Mary’s Cathedral, Colorado Springs to participate in a major art project – an outdoor plaza display of the patron saints of the 46 parishes in the Diocese of Colorado Springs. The Plaza de los Santos took more than a year and a half to complete and was dedicated and blessed in 2003. In her retirement years she coordinated cabin use for the Sisters in Cascade, Colorado, and was commissioned to paint 16 santos for the reredos behind the newly formed parish of St. Pius X in Weslaco, Texas. Due to declining health in 2019 she moved to her native Michigan, enjoying time with extended family members. Very recently she came ‘home’ to her Sisters, residing in Mother Margaret Hall.

As one who entered with S. Roberta, S. Pat Newhouse said, “Even though I lived in Michigan and she spent most of the past 60 years out West, our friendship continued mostly by phone or at congregational gatherings. I especially treasure our trips back to Michigan after those meetings when she would hitch a ride with me to go home and visit her family. Bobbie, you have blessed my life with your friendship.”