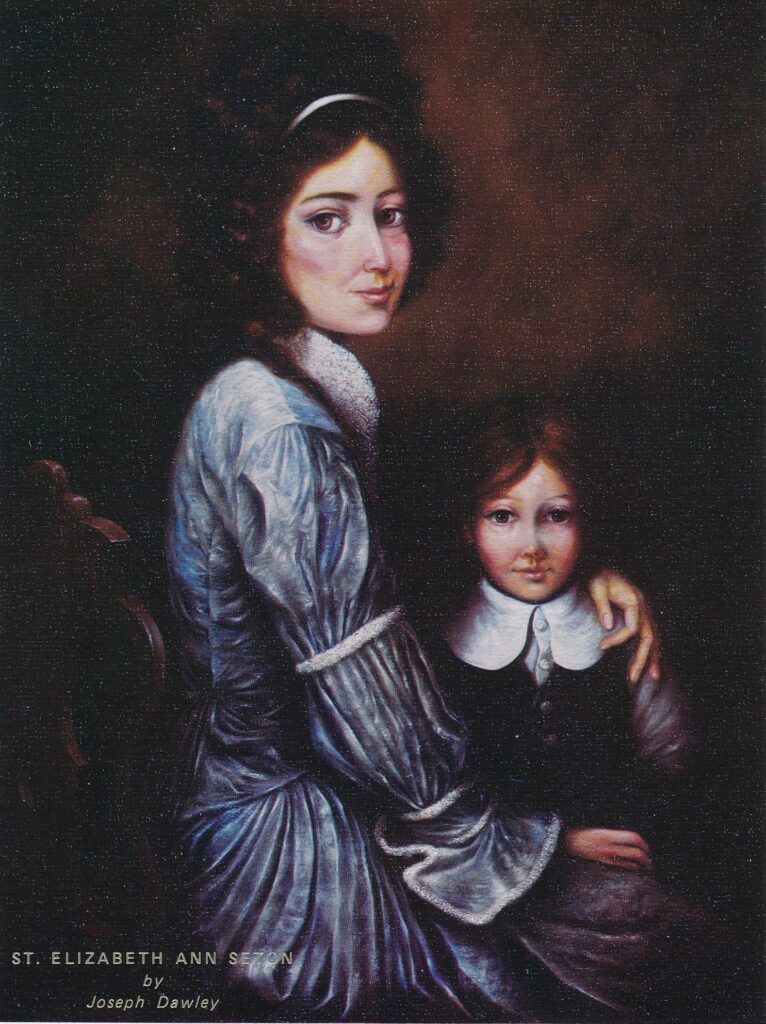 2021 marks the 200th anniversary of Saint Elizabeth Ann Seton’s death. It also marks 46 years since her canonization. The founder of the first American congregation of religious sisters, the Sisters of Charity, Elizabeth was many things to many people. A wife, mother, widow, nurturer, founder, educator. As we prepare to celebrate Elizabeth on January 4, her feast day, we highlight a few specific attributes of Elizabeth and learn more about the connections developed by those who knew her and those who have followed her, even hundreds of years later.

“Remember how many look up to you for comfort in this world … take care of yourself for our sakes.” This heartfelt comment, written to Elizabeth Seton by her sister-in-law, Rebecca Seton, suggests the expanse of Elizabeth’s loving and supportive reach among her family members, friends, and the larger society.

Besides caring for her own children, and her husband’s younger siblings, Elizabeth developed nurturing relationships with many adult family members and friends. Whether it entailed writing letters late into the night, or sitting with the sick and dying, no price seemed too high for her to pay. Even in the midst of her own family’s declining fortunes Elizabeth poured herself out for others. Her outreach extended to her active involvement in the Society for the Relief of Poor Widows with Small Children, one of the first benevolent societies formed in the United States.

One dear friend, Julia Scott, reminded Elizabeth, “When I was in distress – were you not my friend, and the friend of my little ones? And were I now again in distress would you not do all that heaven gave you the power to do?” At another time Julia told her: “Do you know I have often wished that when my last hour arrives I might behold you at my bedside.”

Instances of Elizabeth’s nurturing relationships could be multiplied by exploring her life in Maryland as she worked with the clergy, encouraged and supported the parents of her students, cherished and challenged the young people in her schools, and attracted women to join her in forming the Sisters of Charity in the United States. Elizabeth, by the force of her person, her ideas, and her values inspired and encouraged those around her. Her special gift of accepting and valuing each person for who they were, yet challenging them to strive to achieve their best selves, her loving nature, her inner peacefulness and integrity were gifts that she freely shared with others. We often refer to Elizabeth as “Mother Seton,” and nothing could be more appropriate, for that is the title her contemporaries used, not as an honorific, but as a designation of their relationship with her. As director of the schools at Emmitsburg, she described herself as “living as a mother surrounded by her children,” and such she was regarded by those young women as well as the boys from Mount St. Mary’s. Rev. Simon Bruté wrote, “You whom I like to call a mother here, as I call one in France, … you have helped me to better know … my happiness and desire.” And even before she joined the Sisters of Charity, Margaret George referred to Elizabeth as her “mountain mother,” and later wrote of her years at Emmitsburg, “I love to recall those happy gone by days.”

Paraphrasing Elizabeth Barrett Browning, we could say of Elizabeth: “How do I nurture thee? Let me count the ways.”