The memories shared this week come from former member/current Associate Jackene Hartford Laverty, Sisters of Charity CFO Tim Moller, and former Communications Office staff member, S. Marty Dermody. May their remembrances bring with them laughter and fond memories of times shared with those who graced its halls. 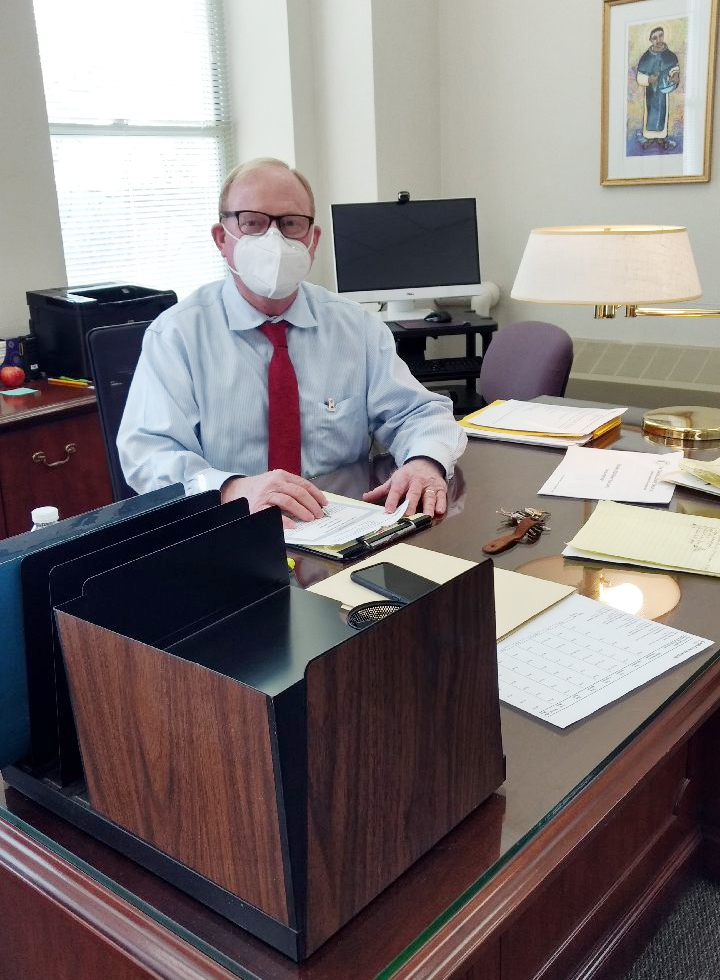 CFO Tim Moller enjoys the new view and setting of his office space in the Motherhouse’s Marian Hall.

“We headed up. As we walked out the door onto the roof, we noticed that the day had gotten dark, the wind had picked up and there was the sound of thunder in the distance. We walked out on the roof for just a quick look, and it was amazing! However, just as we turned to leave, a gust of wind blew the rooftop door shut. Of course it locked and we couldn’t get back in the building. I asked Sister for her key to unlock the door. Sister calmly said she didn’t have it with her. She then asked me to use my cell phone and just call someone to help us. I less calmly replied that I didn’t have it with me.

“As it was the end of the work day, most people had already left the campus. Now there was a bit of distant lightning and louder thunder. We kept strolling around the rooftop, looking over the side hoping to spot someone to help us. Finally we saw the groundskeeper headed to his car. We both yelled his name over and over, adding that we were locked out. He hesitated a moment and kept walking toward his vehicle, got in and started to leave. He stopped suddenly, got out, and with a big smile yelled, ‘I heard you the first time.’ Happily he entered Seton Hall and opened the roof door to save us from the impending storm. He later told me that he thought Mother Seton herself was speaking to him from the thunder clouds that day. S. Dolores Maureen later told me she never doubted we would be saved.

“Humor and hope were the lessons I learned that day, along with always keeping my cell phone handy.” 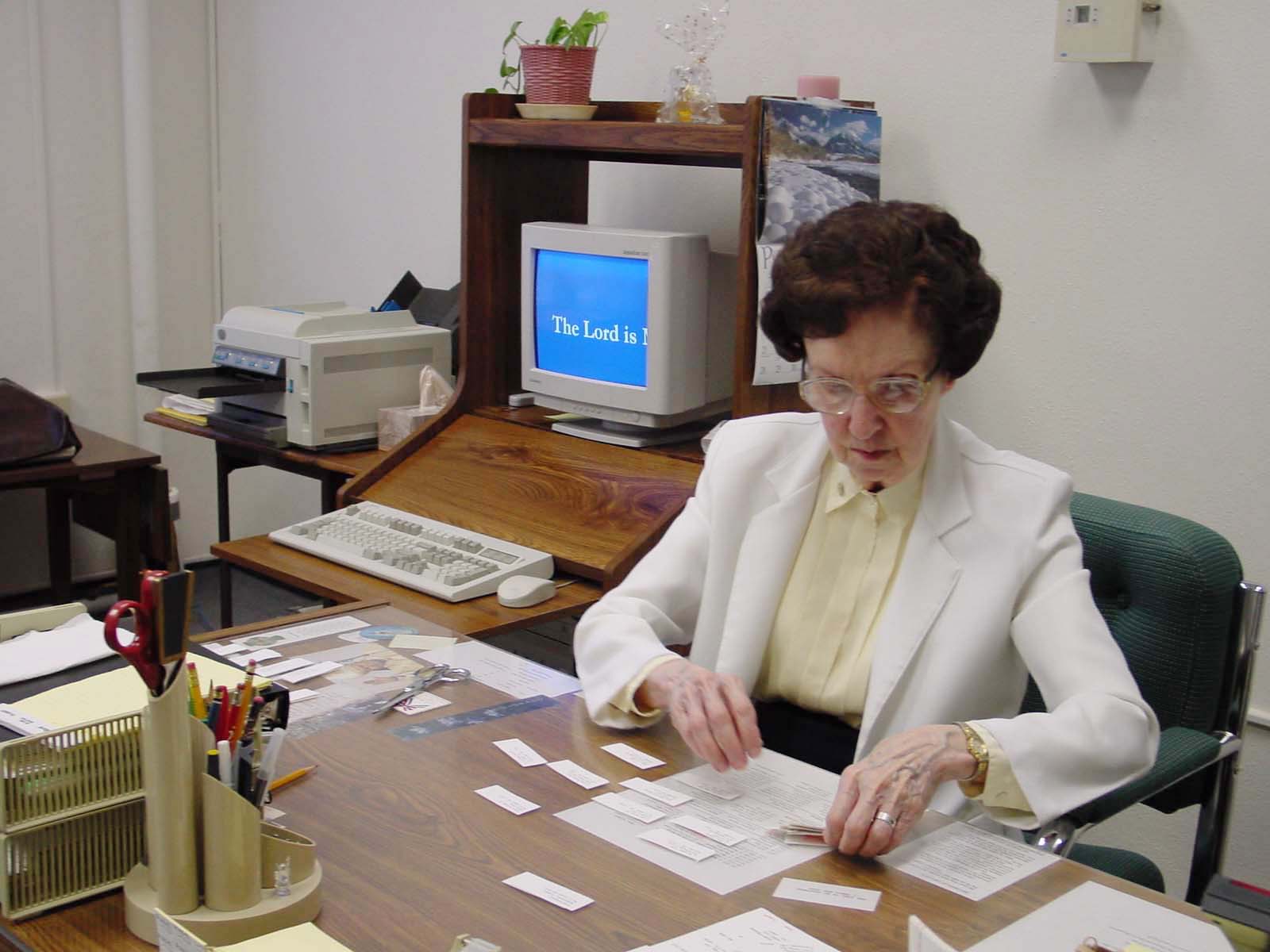 “One of the memories I have of Seton, which always brings a joy to my heart is remembering S. Rose Adelaide Anderson. After serving as a principal for many years in schools in the city, when she retired she was offered the responsibility of greeting visitors to Seton Hall. She was the receptionist at the front door, and she also did a lot of work for the Communication Office when I was there. S. Rose was so faithful every two weeks putting together the non-postal Update newsletter that we published from the office. She and a few of her friends would gather in her front office and assemble it for us. She was also a fantastic proofreader and she assisted others in checking things out before the project was complete.

“S. Rose also took care of the kitchen at the end of the hallway, ordering snacks, making coffee, washing dish towels, cleaning up at the end of the day and keeping things neat and tidy around the kitchen. She made sure things were not kept in the refrigerator too long and that there was always a cold drink, ice and other treats for all to enjoy. She was always pleasant and it was a joy to greet her.

“S. Rose took all of her positions and work as the receptionist very seriously. She always made sure you signed in and knew where you were going once you came into the building. She was pleasant and loved meeting others as they came for a meeting, a prayer gathering, a visit with one of the offices, or looking for someone particular on campus. I am sure she is praying for all of us here at the Mount in these days. She continues to be a blessed memory of my days working in Seton Hall.” 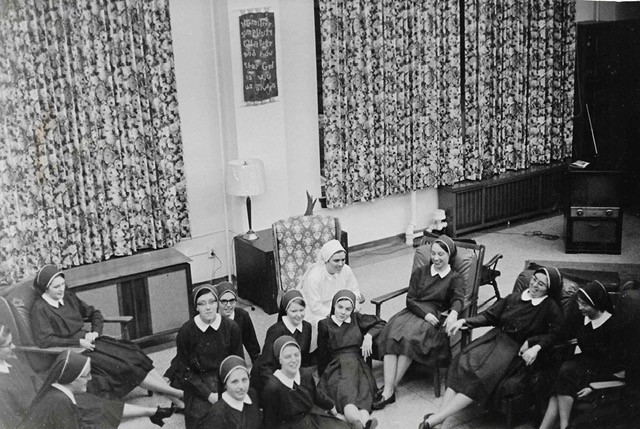 “I lived in Seton Hall from 1967-1969. Here relationships blossomed that would flourish for 50-plus years. We attended college, survived Shigella and were steeped in Vatican II progressive thought as the Church and congregation experienced growing pains. My spirit found nourishment within these walls. Looking back I realize these years formed the very foundation of my life.

“This is a poem I wrote in 2004 as I reminisced about that time. We worked on meditation blocks and bottles often long into the night.”