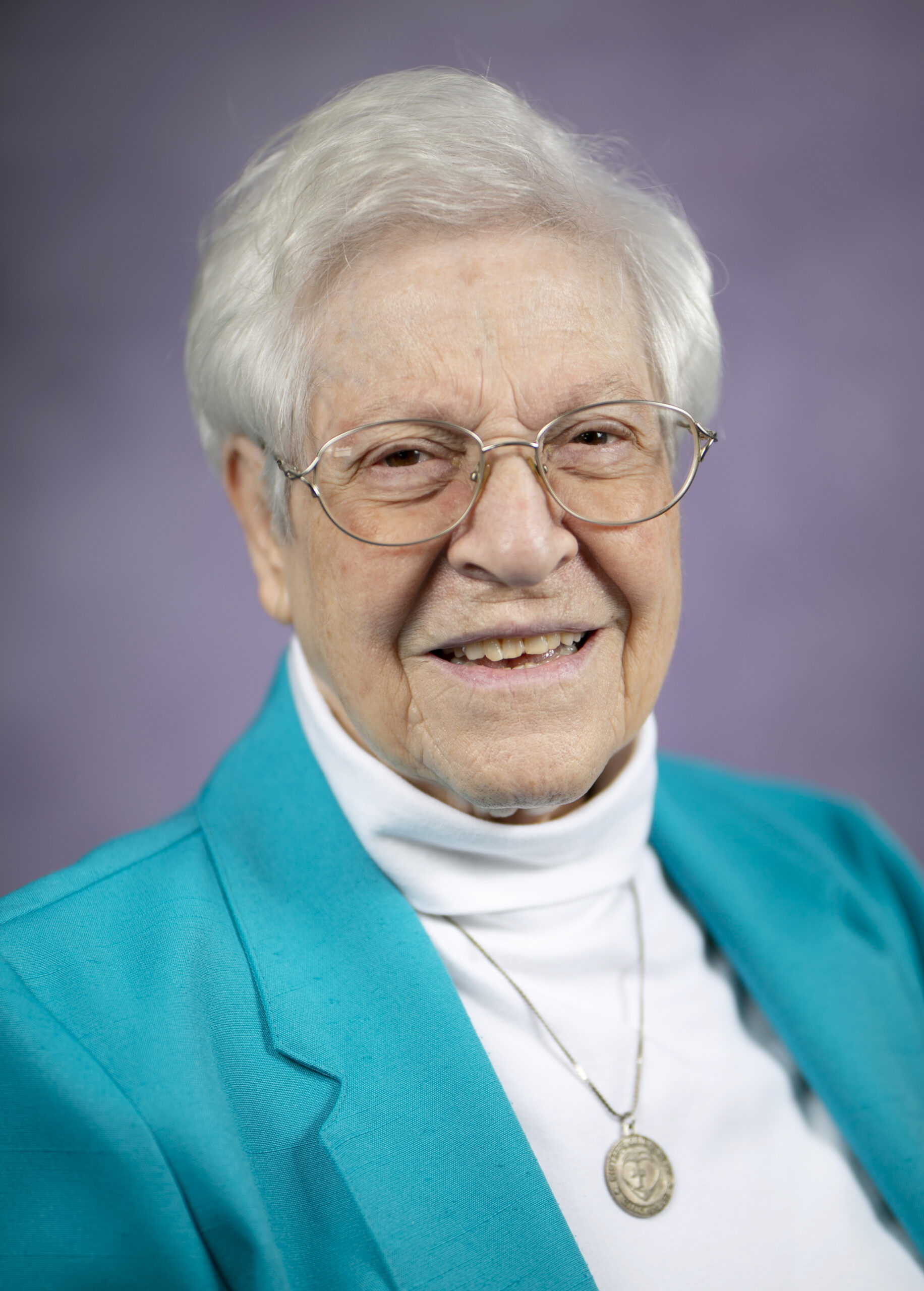 S.Jacqueline Riggio died Jan. 20, 2021, at the age of 87 in Mother Margaret Hall, the nursing facility for the Sisters of Charity. Sister Jacqueline was born on Jan. 21, 1933 to Nicholas and Mary (Ganatta) Riggio in Pueblo, Colorado. She was the third of six children. S Jackie was a Sister of Charity for 69 years. The happy and dedicated nature of the Sisters who taught her throughout grade and high school served as a great influence on her decision to become a Sister of Charity.

S Jackie grew up in Pueblo, Colorado, and attended St. Francis Xavier grade school and graduated from Pueblo Catholic High School in 1951. She entered the postulancy program for the Sisters of Charity in September 1951.

S Jackie earned a Bachelor of Science degree in education from the College of Mount St. Joseph in 1961. She earned a reputation as an excellent, attentive teacher.

S Jackie’s active ministry years were equally divided between classroom education (25 years) and serving the needs of the poor and marginalized in rural settings (25 years). In 1954 she began 10 years of primary grade teaching at St. Andrew, Milford, Ohio, followed by a return to her native Colorado, teaching intermediate students at St. Pius X, Denver. In 1966 she went to St. Francis Xavier, Pueblo, and in 1967 to Divine Redeemer, Colorado Springs, Colorado. She was assigned to St. Bernadette, Amelia, Ohio (1971-’72); Christ the King, Pueblo (1972-’73); St. Rosa of Lima, Denver (1973-’73) and Corpus Christi, Colorado Springs (1975-’78).

It was at this time that S Jackie took ministry time off for a year-long sabbatical at the College of Mount St. Joseph, as part of the Active Spirituality Program for Global Ministry. In the fall of 1979 Sisters Jackie and Noreen Ellison chose to begin a new ministry, working with the Glenmary Home Missioners in seven southern states. Working out of Nashville, Tennessee, as their home base, they trained catechists and offered other parish-based programs for rural parishes seeking direction and growth in development. She stated that she saw it as a most rewarding experience, “seeing the laity develop skills enabling them to take responsible roles in parish life.”

Following 12 years in the southern missions S Jackie responded to a request from S.E.T. (Service, Empowerment, Transformation), providing ‘wellbeing clinics’ for low-income elderly in Pueblo, the home of her youth. By 1993 Sister Jackie was the executive director for S.E.T. in Pueblo, working to improve health and education, providing more than 8,000 services annually to the citizens. She remained in that position until 2004 at which time she continued giving volunteer hours to Board membership at St. Mary-Corwin Hospital, Pueblo and serving in Communion ministry in local parishes as well as in the hospital. In May 2014 Sister Jackie came to the Motherhouse and has enjoyed her retirement years among her Sisters.

Throughout her varied experiences of ministry S. Jackie would say that she knew the value of giving of her time to others: “It is so important to do what I love, working toward achieving the very best for others, while fulfilling my own purpose in life.”