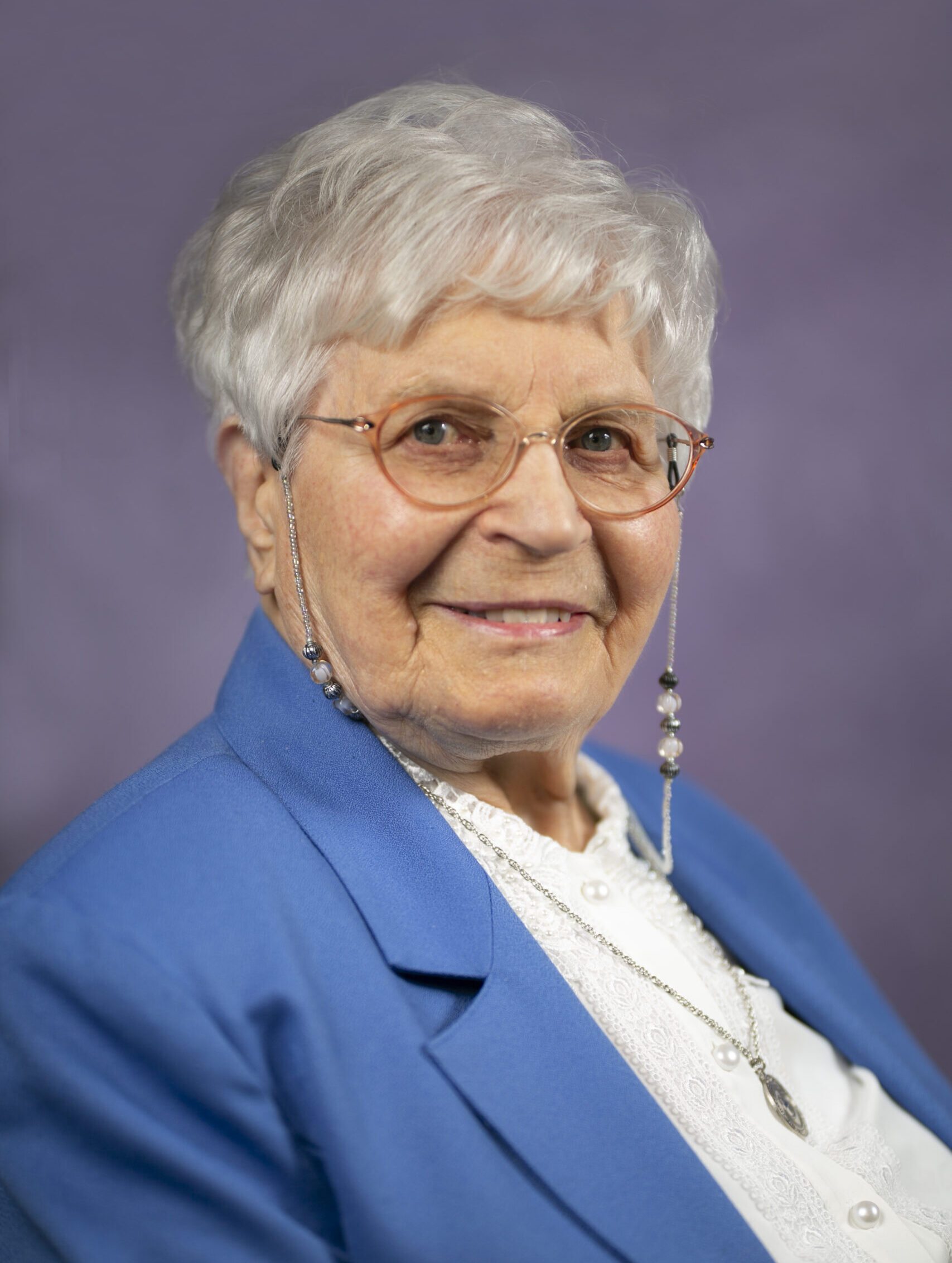 S. Regina Tevis died Jan. 24, 2021 at the age of 93 in Mother Margaret Hall, the nursing facility for the Sisters of Charity. S. Regina was born on May 23, 1927 to Stephen and Mary (Arendas) Tevis in Ralph, Pennsylvania. She was the seventh of nine children, five girls and four boys. She was a Sister of Charity for 79 years, originally a Vincentian Sister of Charity, Bedford, Ohio. In 2004 their congregation merged with the Sisters of Charity of Cincinnati.

S. Regina grew up in Youngstown, Ohio, attending Saints Cyril & Methodius grade school, Youngstown and graduating from Marymount Academy, Garfield Heights, Ohio. She entered the Vincentian Sisters of Charity in September 1941. It was when she attended a pilgrimage to the Shrine of Our Lady of Lovocha, located on the Motherhouse property of the Vincentian Sisters, that she felt her call to religious life.

S. Regina earned a Bachelor of Science degree in education from St. John’s College, Cleveland, Ohio, in 1964. She pursued additional work in education and particularly hours earned from The Ohio State University, Columbus, Ohio, making her a licensed social worker.

In 1990 S. Regina began working with Catholic Social Services of Cuyahoga County at the De Paul Center, Cleveland, in the Migration and Refugee Department as a case manager. In her nine years ministering there she resettled more than 1,000 refugees of 16 different ethnic origins. Her first year she received 33 families from Eastern Asia, particularly Vietnam, one family at a time. She would say of this time, “You don’t know how much I prayed to the Holy Spirit as new groups were welcomed, coming from varied cultures such as Haiti, Hungary, Liberia, Sudan, Croatia, Cuba, Cambodia, Poland, China, Ukraine, Serbia and Romania.”

In 1999 S. Regina chose to become a home companion for the elderly, a Motherhouse aide and worked in healthcare before becoming a pastoral minister at St. Mary, Painesville, Ohio.

After moving to the Sisters of Charity Motherhouse in 2014 she became a volunteer in the Motherhouse Gift Shop while continuing to enjoy games on the computer, reading, embroidering, and card playing. She especially found renewed life in coming to know her ‘new’ Sisters.

S. Regina Kusnir recalls, “I had the opportunity to minister with Regina in a number of places. After retiring from teaching she found a love in working with immigrants and later with migrants, unfolding a whole new aspect of “making God’s love visible.” Under her pleasant demeanor was a deep spirituality that sustained her through the challenges and the joys of life.

Looking back over her active years of ministry Sister Regina found great wisdom: “If you leave everything in the hands of providence, it greatly contributes to peace of mind and heart.”