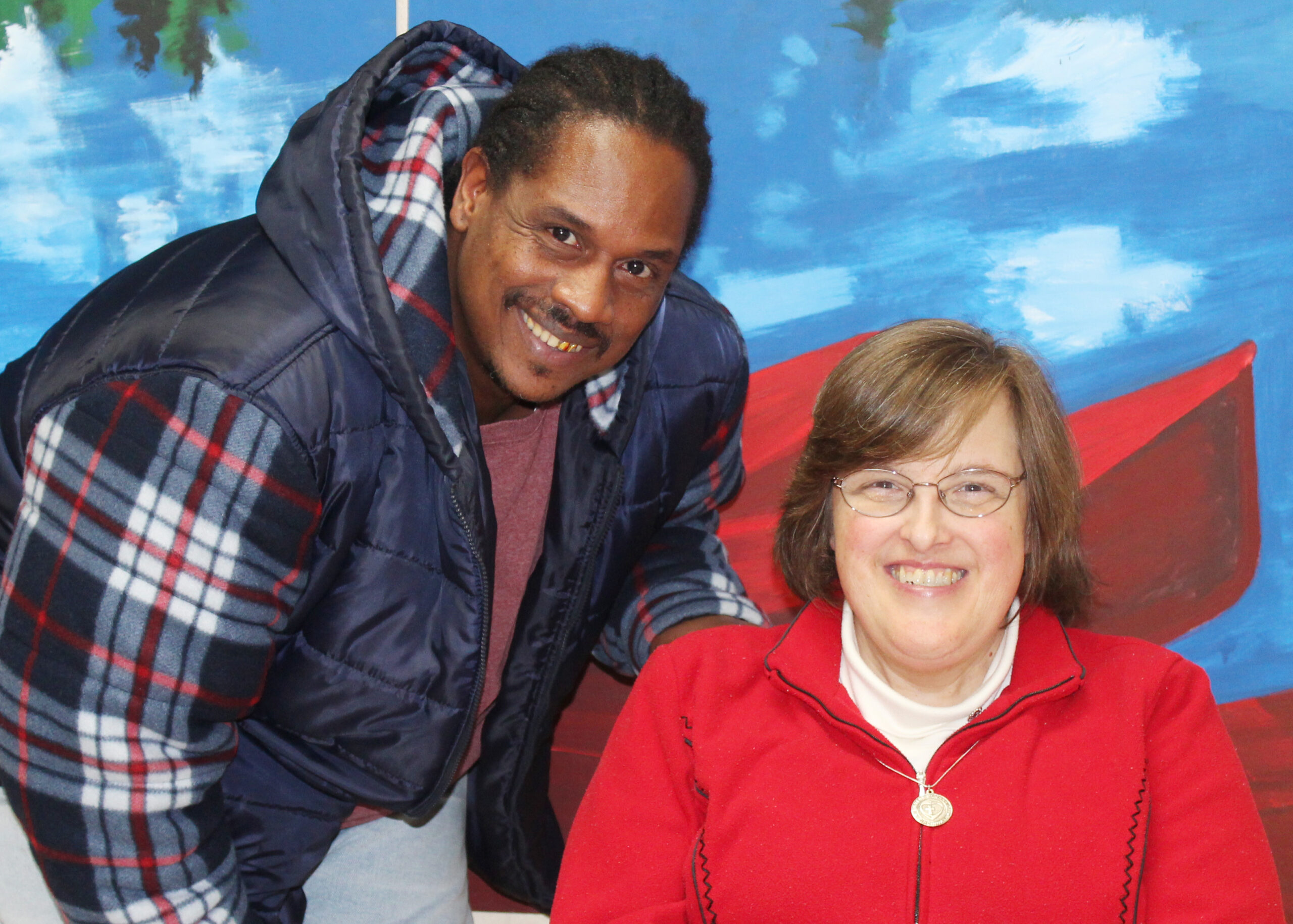 In her current role at IKRON, S. Pat Dittmeier is a clinical supervisor to three young interns, as well as has her own individual counseling list of clients and is also responsible for IKRON’s Getting Out of Depression group.

As she looks back on her years of ministry as an educator and counselor, S. Patricia (Pat) Dittmeier says that she sees a common link between them. A teacher and healer to those she has ministered with, S. Pat has provided deep listening, encouragement, guidance and support to students and clients, assuring them that they are never alone in their journey in life. Her positive, loving presence has blessed many throughout her 28 years as a Sister of Charity.

S. Pat began her years of service as a youth minister at St. Peter’s Church in New Richmond, Ohio. The formation process eventually moved her out of that ministry and into novitiate. At the end of that year she was hired again as a youth minister; this time on the east side of town, in a more suburban parish. After seven years, and as the ministry became more demanding on her physically, S. Pat began asking God what was next. “At the time there was an opening for director of religious education at the parish,” she recalls, “and I had my master’s degree in religious studies. The pastor at the parish said it’s yours and I transitioned into religious education. I had always loved the teaching side of things, even as a youth minister. Moving into religious education seemed like a logical move.”

After six additional years S. Pat began to once again discern what was next. She thought hard about what she loved most about her ministry and what stayed with her were the long, meaningful conversations she was having with those around her. She recalls God would send her people who needed to talk, and what started as short, five-minute conversations would turn into hour-long, deep discussions. “I realized I was getting out of my depth and no pastoral training had prepared me for,” she explains. “I called a friend that I had known as a youth minister and who was head of the pastoral counseling program at The Athenaeum of Ohio and said I needed training. I started taking pastoral counseling classes there and eventually began studying full time to become a licensed professional clinical counselor.”

It was during S. Pat’s studies, in 2009, that she began serving as a practicum student at IKRON, an organization that provides integrated quality behavioral health services to the Greater Cincinnati area. After six months she was offered an internship and eventually hired full time. “I felt that was where I was meant to be,” she says. “I felt like my skill set was being used, and it was meaningful to me to be able to help people living in poverty and improve their lives. Everybody has their barriers, their own limitations, and we all have our own abilities. Every client is unique, it’s about seeing each meet their own goals that is life-giving.” 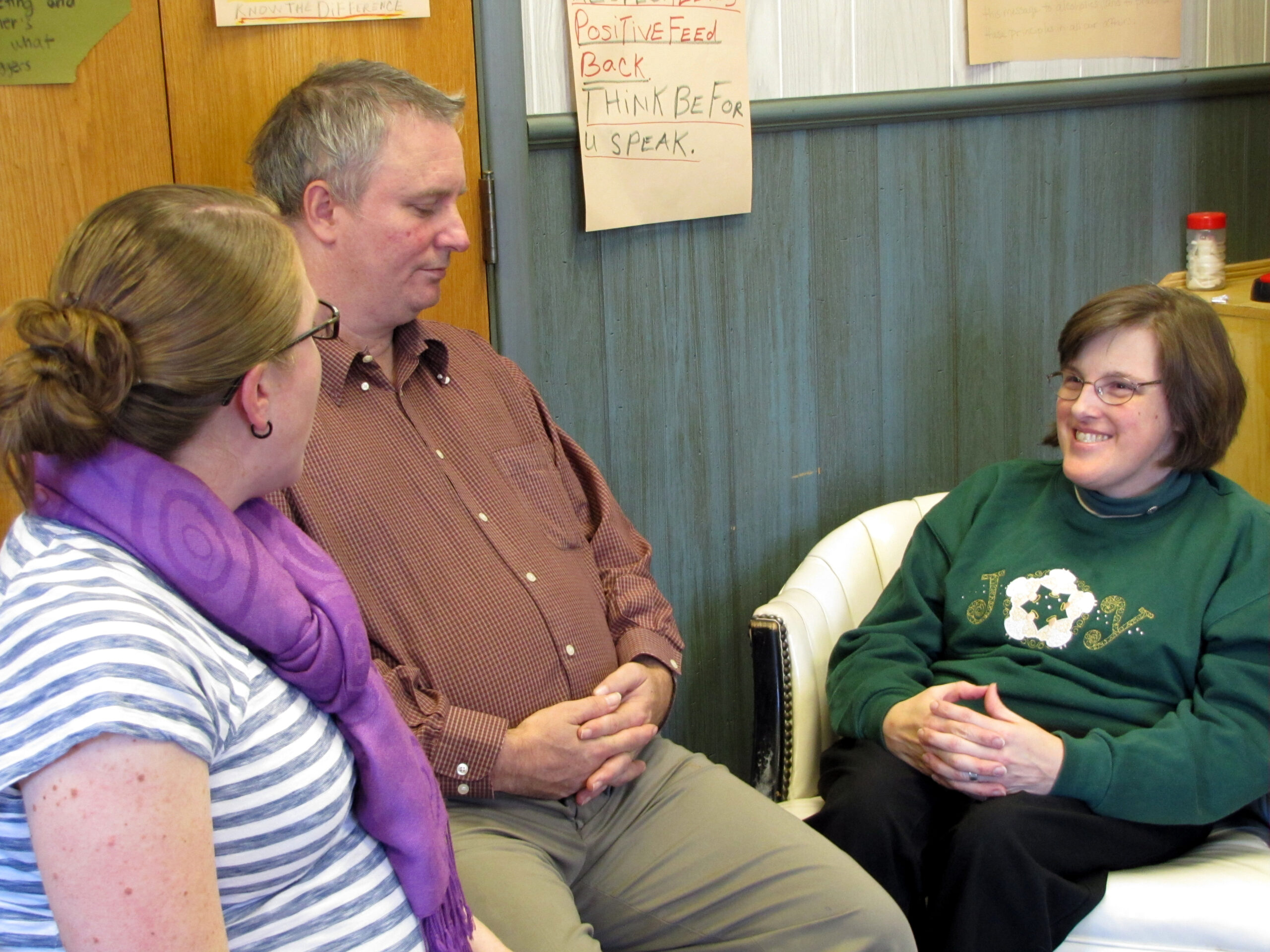 Pat Dittmeier has provided deep listening, encouragement, guidance and support to students and clients throughout her 28 years as a Sister of Charity.

S. Pat continues in this role today. In addition to being a clinical supervisor to three young interns, she has her own individual counseling list of clients and is also responsible for IKRON’s Getting Out of Depression group, which meets weekly. What feeds her soul is seeing clients grow and succeed. So often when her clients first come to her, they are feeling hurt and broken, and have been dealing with such heavy burdens. Watching them be able to let go of those burdens and to heal have been graced moments for her. But she is careful to note that although the success stories are heartwarming, what also touches her heart are the moments when a hurting clients will let her know they are grateful to just have the opportunity to talk with her. “It’s a graced place to be in when you know what you’re doing for folks is helping,” she says.

This year has provided many new challenges for S. Pat and her clients. She credits IKRON with quickly adapting to the challenges and making sure that those most in need are still able to receive the services so necessary to their mental health. S. Pat and all staff were immediately trained to begin telehealth work, and to ensure it is done ethically, legally and responsibly. She meets virtually with clients and staff weekly to keep those connections and relationships from suffering.

Not only does the pandemic affect the daily operations at IKRON but it also is directly affecting its clients. Rates of anxiety and depression have skyrocketed. When you have a person who is already living on the margins, and add in the new complexities of the pandemic, it provides even more barriers to their ability to find employment. Increased demands, fewer employees working, and reliance on technology have added new obstacles. “We work hard to help them,” S. Pat explains. “It takes longer to resolve court issues, to resolve medication problems, to get them into an interview, or even the technology needed to successfully interview.”

In addition to the pandemic, many of S. Pat’s clients are living on the margins. She notes that for those struggling with homelessness their mental health issues become much more complex. “While no one tells you as a counselor you’re going to become part social worker if you work with people living in poverty, the fact is that you do,” she explains. “They are living on the edge. One day the client may have housing and the next day they may not.”

In her role S. Pat has spent many hours connecting clients to support systems they need, it might be a housing case manager, a shelter, or a psychiatrist to receive medication regularly. She says the issues are so numerous and vary from as simple as washing a client’s clothing to as complex as trying to figure out the housing system in our city. She explains: “I may have a client who is homeless but I don’t have the credentials to refer them to Tender Mercies. They must have an identified case manager.” And while she understands that it limits the number of calls and referrals coming in, it can be frustrating to her as a counselor because it makes helping a client even more difficult. If she has a client with multiple barriers to overcome – issues with their physical health, substance abuse, mental illness, lack of employment, to name a few – as a counselor, S. Pat will spend hours, days, even weeks helping sort through it all, guiding a client through the systems, advocating for him or her and empowering along the way.

To remain balanced, in her quiet time S. Pat enjoys being outside in the beauty of nature. She loves to swim in the summer and take daily walks around the Motherhouse campus. Recently she has enjoyed the company of other Sisters as they meet in the evenings and talk about their days. “This is what I enjoy,” she says of her evening meet-ups, “that moment of community. It gives us a chance to be together.”

Being together with her Sisters or her clients, one thing is for certain, S. Pat’s deep desire to serve God and to be a positive, loving presence to all she encounters have sustained her relationships throughout the years. The joy, concern for others, generosity and genuineness that she first witnessed when she met the Community almost 30 years ago have shined through in every ministry and relationship she has built and serve as a reminder to others that they are never alone.